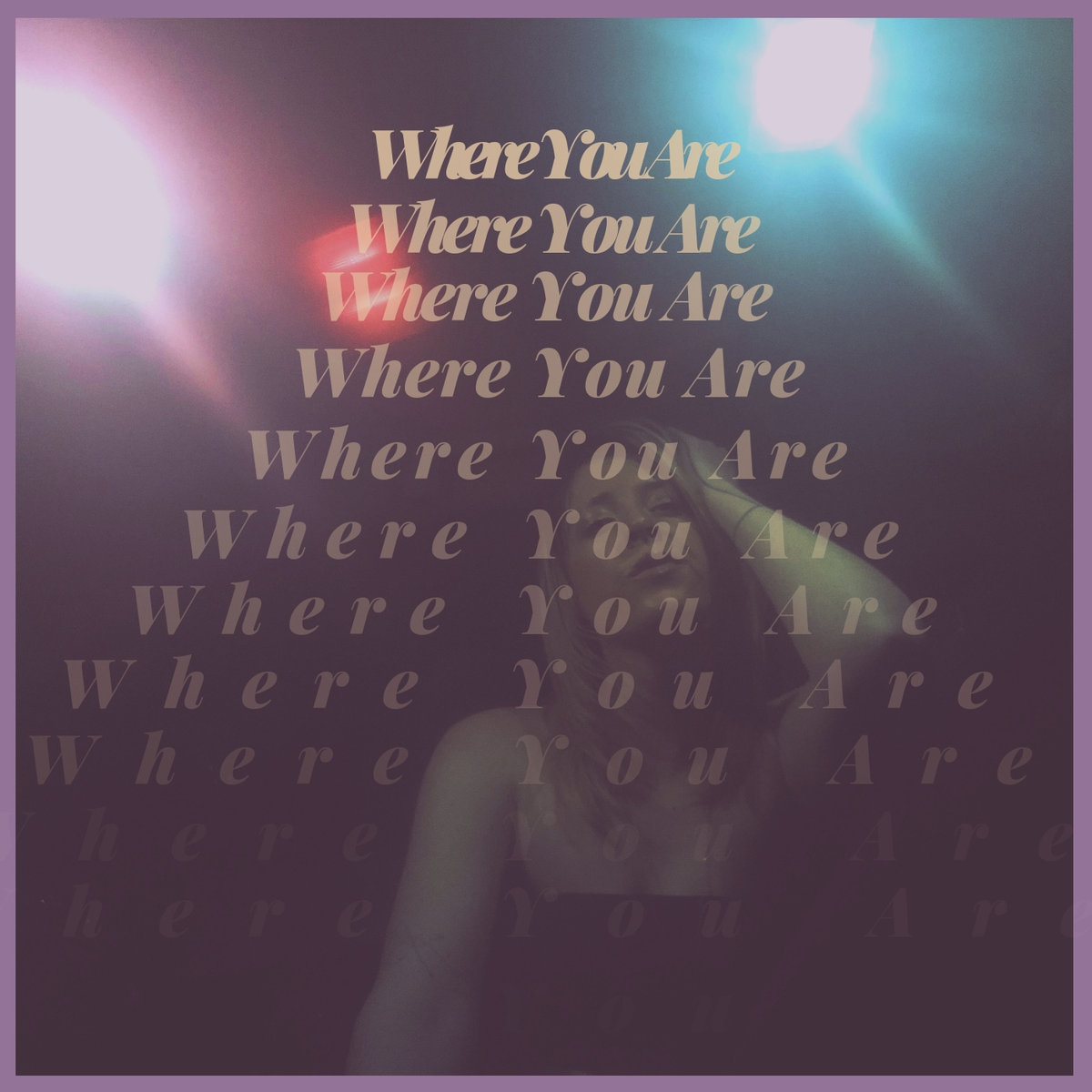 Phoenix songwriter/author and world traveler, r.ariel, is off on a whirlwind musical adventure that has taken her across continents and, as one of her avid social media followers, I love being taken around the globe as she brings her art and music to new listeners and new locales.

R.Ariel recently released her new album, Where You Are, earlier this year and her new book, No One Likes Us, on the SAME DAY. Either one of those artistic undertakings seems like it could be inordinately consuming, but R.Ariel seems to exist in a perpetual cycle of creation.

I had a chance to ask R.Ariel some questions as she traverses the West on the U.S. leg of her international tour to support Where You Are / No One Likes Us. This weekend the PHX songwriter will be performing on home turf at The Trunk Space with some other local favorites from the indie/electronica front including StoneyPie, Gabi, and more. You can find info about that event here.  But, first, make sure you check out my Q&A with R.Ariel  below. You can read it while listening to her new album, if you haven’t done so already, or even if you have…

Carly Schorman: I don’t even honestly know where to begin. The new book? The new album? You released them together, correct? Does the creation of one inform the creation of the other?

R.Ariel: Yes, the book and the album were released together. I feel like they inform each other in the sense that they both come from a similar emotional landscape. However, I wrote No One Likes Us over the course of 3 years and wrote Where You Are of the course of a year a half. I wouldn’t say they are meant to go together but they both have some of the same concepts happening.

With music I normally write a melody or a beat, listen to it a bunch and then lyrics / the idea of the song will come together. With writing, I normally have a draft in my head of how I want a story to go and what feelings I’m attempting to elicit from the reader. They are drastically different mediums to me since I’m aware I will be performing the album as I won’t likely be “performing” the book very often. In that way, sometimes I feel I can take more risks and speak more bluntly in writing then I would with music.

And, you spend a lot of time touring. Where are you as we start this interview?

Yes, lol, a ton of time. Right now, I’m somewhere in middle Oregon driving to SLC for a show.

What are your road trip must-haves? Hand wipes and snacks? Or you do you have specific things that must accompany you on your travels?

For a tour I would say you need baby wipes, water, and a towel. That’s pretty much it. Don’t even need instruments really.

Speaking of “no instruments,” what’s your set-up like for performances? Does it differ dramatically from your “at-home” set-up?

My set up currently is backing beats, keyboard, and vocal effects that I’ll mess with while playing live. This is the first tour I have done without a guitar which has been strange but fun to experiment with.

What are some things you love about touring around the world? Some if it’s unexpected pitfalls?

I love being able to experience and listen to so many new artists everyday. I love meeting new people and hearing how they feel about music and art. Being able to share with so many people everyday is really beautiful. And a pitfall – showering. It’s a real shame how bad everyone stinks sometimes.

What do you like to do with your “down time” when you’re on the road? Is there down time?

The more I have toured, the more I have understood how needed down time is. I definitely take time to relax, make music, and see friends now and will schedule in days off for things like that whereas before I was fine with playing 20+ shows in a row. I think self care on tour is very important.

Are you from Phoenix? Do you still consider Phoenix your home base?

Yes, I was born and raised in Phoenix and I still consider Phoenix home. I leave for a year or so at a time but always come back somehow.

Are there places you have to visit in Phoenix when you pass through? Like, it isn’t a trip home unless I go to ________.

There are a lot of places in Phoenix that I feel I have to stop by for sure. I love Ranch Market and normally stop there before I go anywhere else. Got to see my nephew, Nova, and my family for sure. I also will normally make it point to go to South Mountain.

Any favorite spots from your travels that stayed with you in spirit?

Every city I have ever played has something amazing about it but touring Japan was one of the most amazing experiences of my musical career. The musicians in Japan are fucking incredible. I’m really looking forward to touring in Mexico as well.

Any particular artist that you connected with musically on this recent tour that stands out for you?

I mean, it’s really hard to point to one. There are too many. My current favorites that I’ve played with on this tour are; Takaaki Izumi from Osaka, Blossom from Portland, and Pro Teens from Phoenix. All real great musicians. It’s real real hard to even pick any though because almost every single show on this tour has been with extremely talented musicians.

I noticed you worked with a few different musicians for instrumental arrangement on certain tracks of the new album. As a “bedroom” musician, how does the collaborative effort work? Do you generally start by recording music on your own and then bringing it to others to collaborate on the end result or are they more involved along the way?

Yuh basically all of my collaborations are me writing a base and then another producer / musician throwing down something on the track. And vice versa if I’m helping another musician.

What’s next for you? Sounds like you already have more tour plans in the works. Do you take time off between albums or are you continually creating new works?

I’ll be touring through the USA, Mexico, and Canada until June so that is my current life plan. Will be playing Trunk Space on April 20th. I have been writing whenever I get the chance / feel like I got something to say. I think I’ve gotten good at knowing when to take a break and when to keep it going and currently it’s felt nice to write while on tour.

What are you currently listening to on the road?

Today I listened to:
Nicky Va out of SLC
Lil Nas X is a new fav of mine
Megan Thee Stallion
Drake
Thug from New York, formally out of Phoenix
Blossom out of Portland

And, now that we’re wrapping up our long-distance interview, where are you now?

I’m currently in Santa Fe and about to play in 20 minutes (lol).

Stay current on R.Ariel by following her online through your preferred platforms: