Jason Brock | all photos by Logan Lowrey-Rasmussen unless otherwise noted

The invitation sitting on my desk simply titled The Variety Show Spring Fling 2019, hosted by Jason Brock, promised a massively packed-lineup. And who doesn’t love an invitation to an exclusive, invite-only event? Leading up to the actual night, and to build up the element of suspense, Jason would frequently post on the event page little tidbits about scheduled performers and sets, which included a slew of musicians, jugglers, comedians, and other performance artists. While I’ve seen Jason Brock a-plenty at events and gatherings, I had yet to see his professional party-man work-ethic put to task of orchestrating such a large scale event and The Variety Show Spring Fling 2019 looked like he was setting himself up for quite the organizational challenge.

For those who might not be familiar with this dapper gentleman, Jason Brock is a PHX mainstay who frequently attends local, underground, and DIY art events. And, should you run into him at an event, he’s kind of hard to miss. In a sea of scraggly 20-somethings, Jason stands over six-feet tall in classy club-attire enjoying the performances along with his younger counterparts. Not only does everyone seem to know Jason, but I also learned from this Variety show how far the tradition stretches back. After attending the performance, I caught up with Jason Brock to learn about the event’s origins:

“That was my 10th Annual Spring Fling,” said Jason Brock. “I started having my parties in order to also create a tradition: a tradition that friends could come to count on as a marker each year that would last throughout their lives.”

“Every year I choose a different theme with different music at different locations, with the past having been a “Western,” an “Easter Parade,” “Time Machine, “Prom,” and a [variety of other themes].”

“From the time I was a kid, I went to a couple of annual parties held by friends and relatives, with each of those parties lasted more than thirty years,” Brock continued. “My uncle is currently at year thirty-three.”

“I have an excess of thirty different circles of friends and I invite the best, nicest, friendliest, and most fun people from those worlds and have a party for them. It’s not my birthday or about me, it’s about paying tribute to good people in my life.” And what a party it was. From the time I walked in the door, this offbeat gathering of friendly folx gathered to enjoy an ethnically-diverse buffet, an open bar, and plenty of party-favors. The main hall of the Grace Lutheran Church not only brimmed with proper decor, but each guest was treated to a table of party favors, hats, and joke-items meant to spice up the night. While I felt a little too timid to engage in the costumed portion of the festivities, I sat back and wish I did when I saw people of all ages dressing for the various contests throughout the night.

Jason clearly knew how to throw a soiree with the modern fixings while holding to some old-school charm, particularly in the details. As someone who also enjoys parties with a good amount of effort, I find my generation lacks in the pomp and circumstance arena when it comes to party planning. But even with a lumbering line-up, Jason managed to time the schedule down to the dot, so every performer was given their appropriate time to shine. 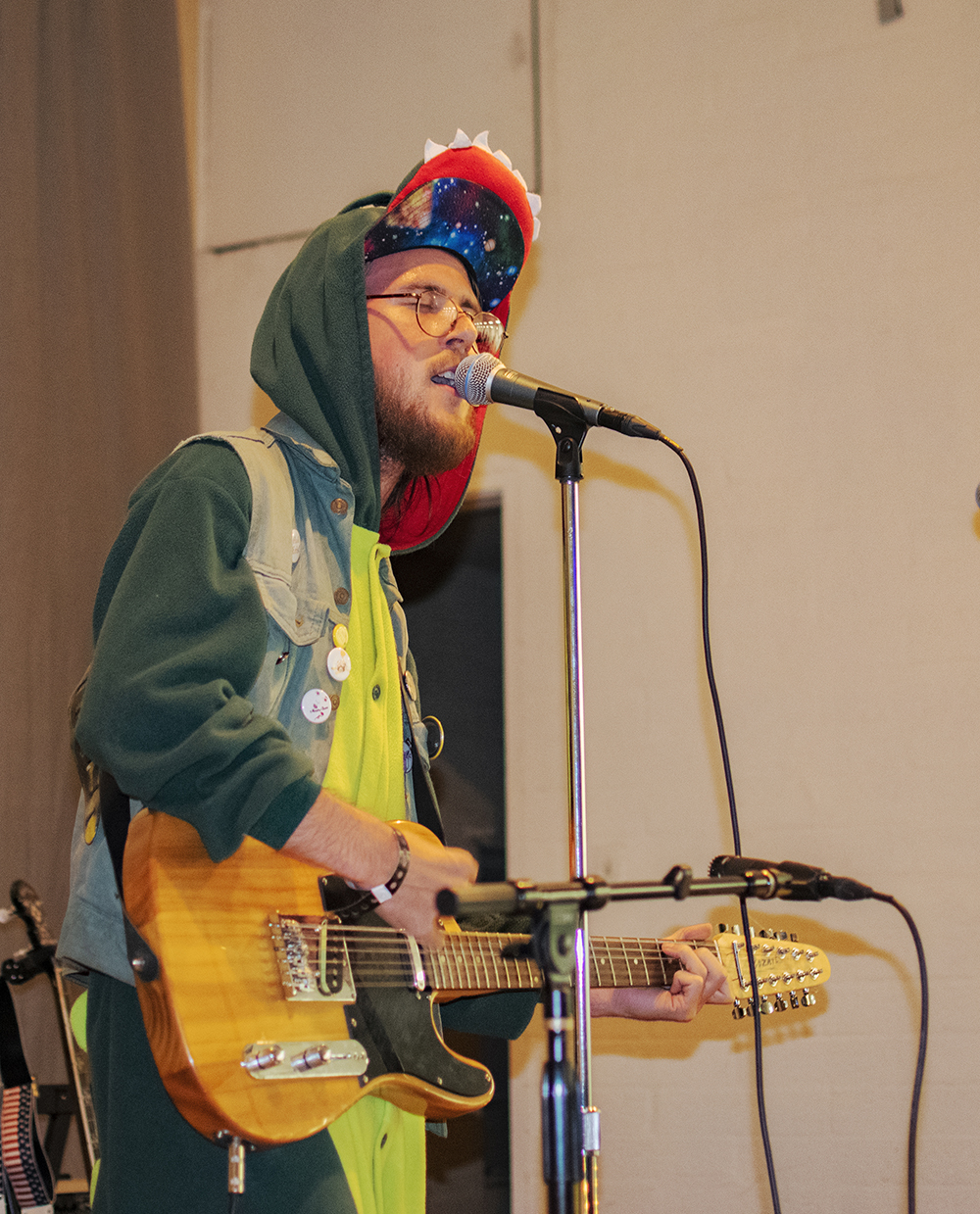 The unapologetically affable Mr. Brock must also have a sarcastic sense of humor. Dinosaur Love, a folk-punk unit of one in an adorable dinosaur outfit was the first to take the stage with his guitar. Instead of catering to the folk who might not be privy to the indie sub-genres of today, the lineup went full-force in showcasing the unsung gems of the Valley. As Dinosaur Love shouted his lyrical stories and beliefs over the church mic, I couldn’t help but wonder what was going through the brains of the previously unexposed.

Within gaps and performances, the house-band, Moonlight Magic, enchanted the crowd with funky riffs and groovin’ tunes. After two drinks, I bravely went up to three musicians of the band and praised them on how much they reminded me of the Motown house band, The Funk Brothers: I’m a sucker for a band with some good sax and brass.

The performances were no more than 5-7 minutes long, creating a quick-fire environment which, for a photographer, had the intensity of a fashion-show. I couldn’t even look at my phone for more than a few seconds in an effort to get shots of every performer. Performers like Ben Anderson regaled the crowd with some mellow, guitar folk while Sarah Amstutz delighted the crowd early in the night with ukulele magic and a piercing soprano that just won’t quit. 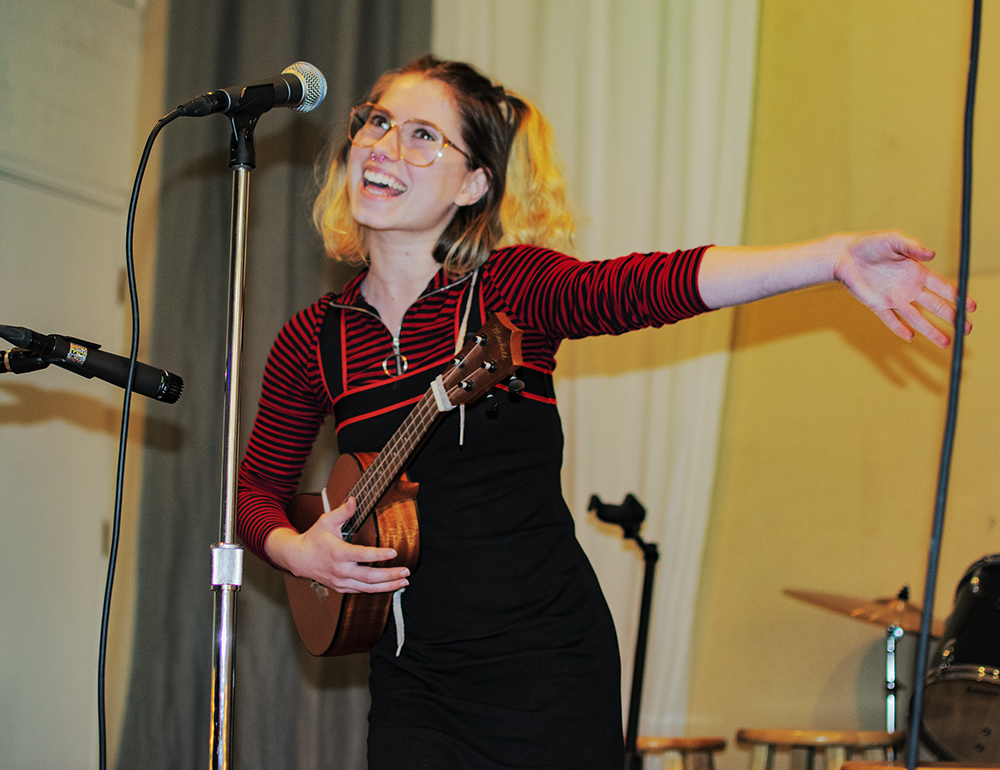 “Kevin Throws Things” (with Kevin Ringle) showcased a lad juggling hats in Vaudeville fashion before the Yardley Twins brought comedy x2 in proper “boy-next-door” style. Kristofer Royer later brought his own brand of dark comedy, clad in a velvet suit and brimming with stories of his youth and mistaken homosexuality.

Most amusingly, comedians Josh Harrison and Anwar Newton didn’t shy away from the topics of race and made sure to leave a few baby-boomers giggling and squirming equally in their sets. I can’t help but love comedians who push the right (and sometimes wrong) buttons in an audience maybe not tailored for their humor. The Wazuri Team also shook things up by performing intensive cultural dances, breaking up the calm lulls of folk music and mystical juggling acts from the likes of Marvin Ong, Brandon Alex, and the aforementioned Kevin Ringle. How in the hell did I even keep up with all of this? I couldn’t tell if the room was hot, or if I took too much of my meds, because I began sweating when old-school inspired weird folk band, Corn Smut, took the stage. Between their honest vocalizations and gentle melodies, their name wiggled into my consciousness and hasn’t left since – now that’s branding! 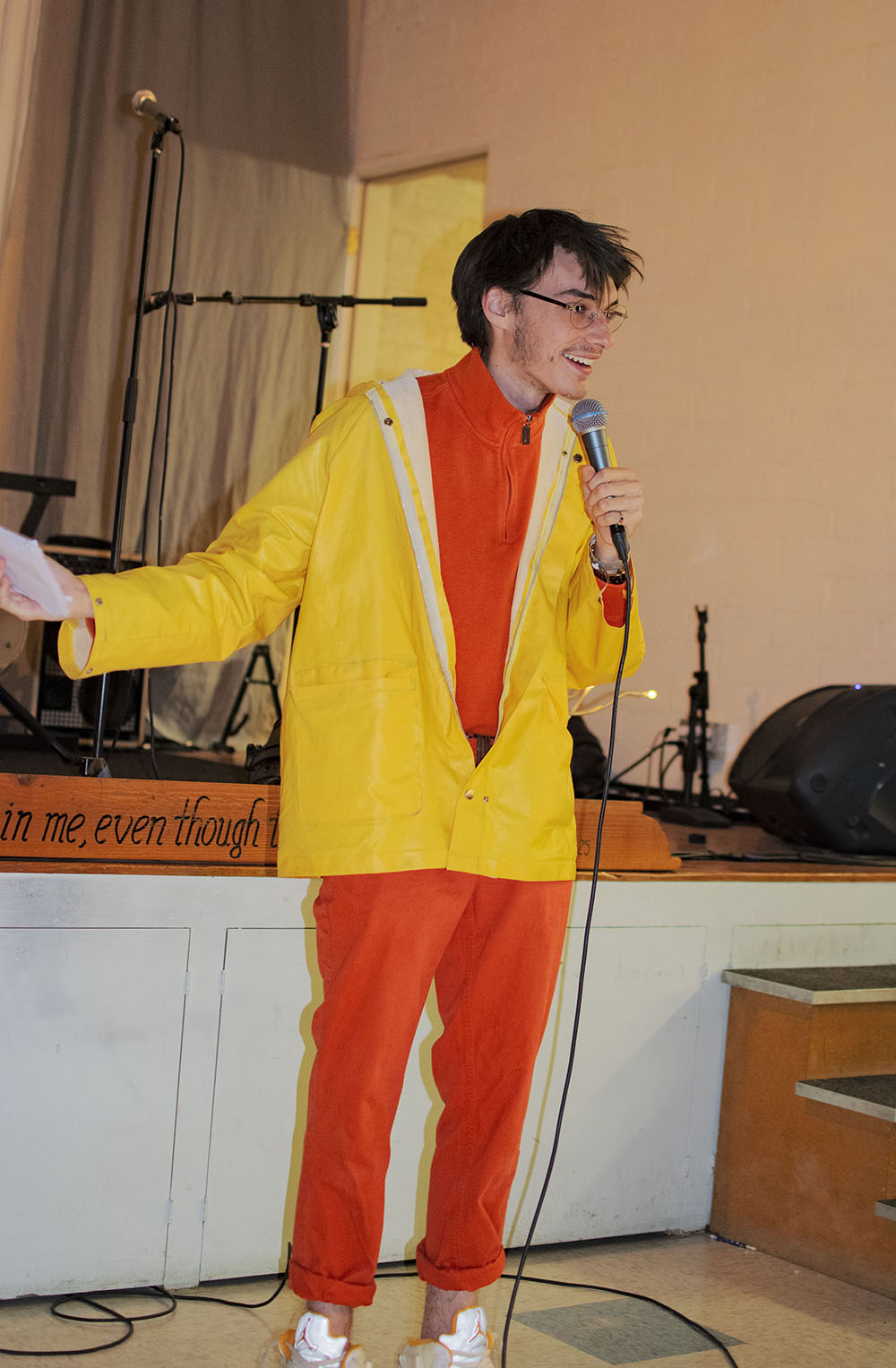 Other performances included the talented and 70s-fashionable Adam Smith giving me a mix of Patty Duke and Stevie Nicks and the geeked-out comedy of Tristan Bowling (in proud orange-and-yellow raincoat attire). Before the contest segments for those who dared tried to show their best trick, tell their best jokes, or sing their best songs. At one point, it was difficult to tell who was a performer and who was there purely for the fun.

The one thing that marked both the performers and the audience was their diversity, united by a party to oppose standard social barriers sanctioned by the negative nellies of this world for one night of good ole’ fashioned fun. Maybe it was the Spring weather, or Jason Brock’s knack for throwing a party, or the open bar, but The Variety Show Spring Fling 2019 created a memorable moment in the lasting fabric of Phoenix art scene.

Like the Dos Equis “most interesting man in the world,” everyone in the crowd seemed to hail from the cream-of-the-crop in their respective field and stuck out for one reason or another. In front of me was a beautifully-dressed and swingin’ older couple jamming to the house band who moved more comfortably and skillfully than the surrounding youngsters. In a world where I constantly attend shows where people grimace with their arms crossed in a dark basement, there was something undeniably joyous and disconnected from the outside world happening at Brock’s Spring Fling. This was a gathering of well-intentioned people wanting to have a good time in an uncertain world. I can only hope I didn’t make any social faux-pas that would bar me from being invited back. 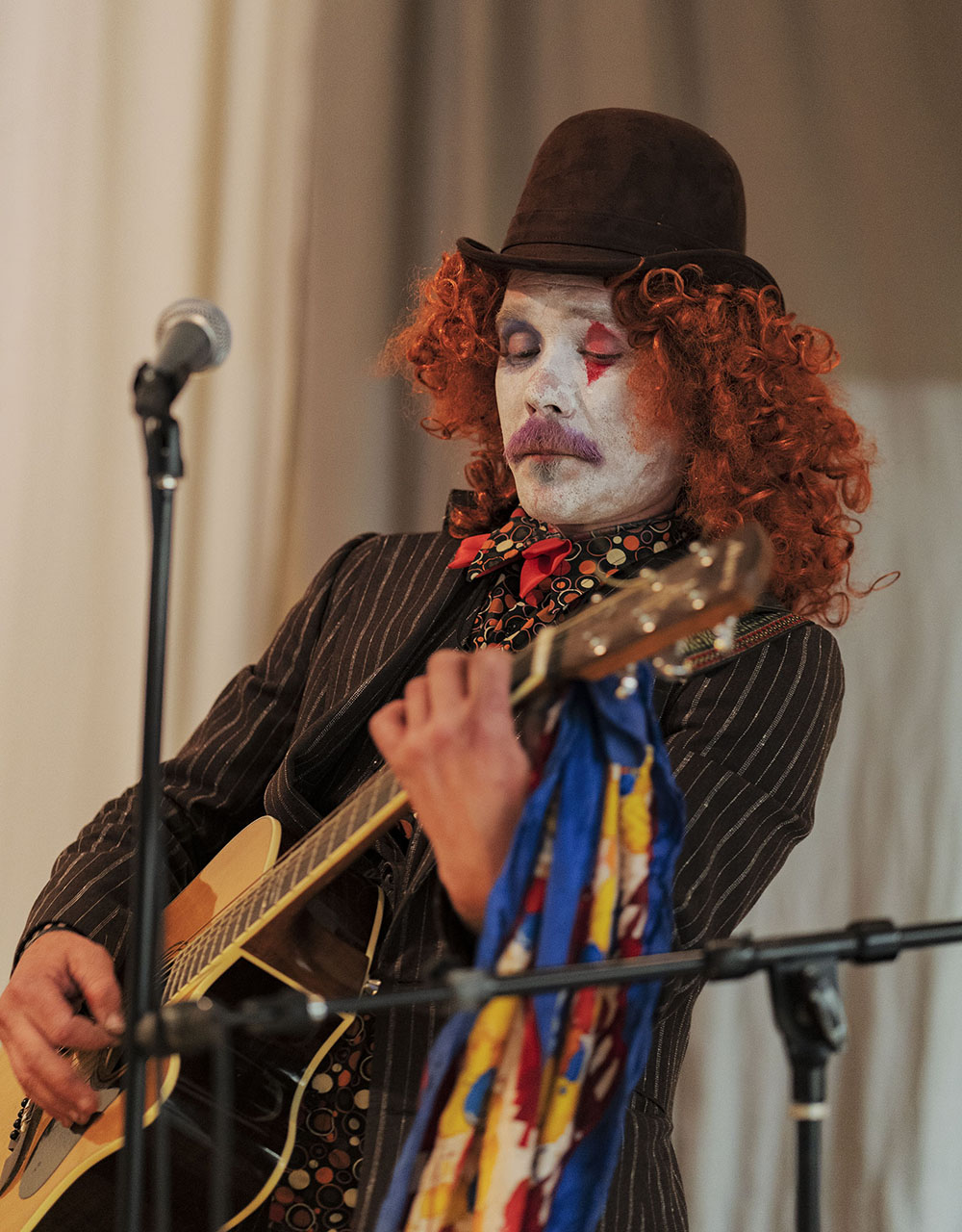 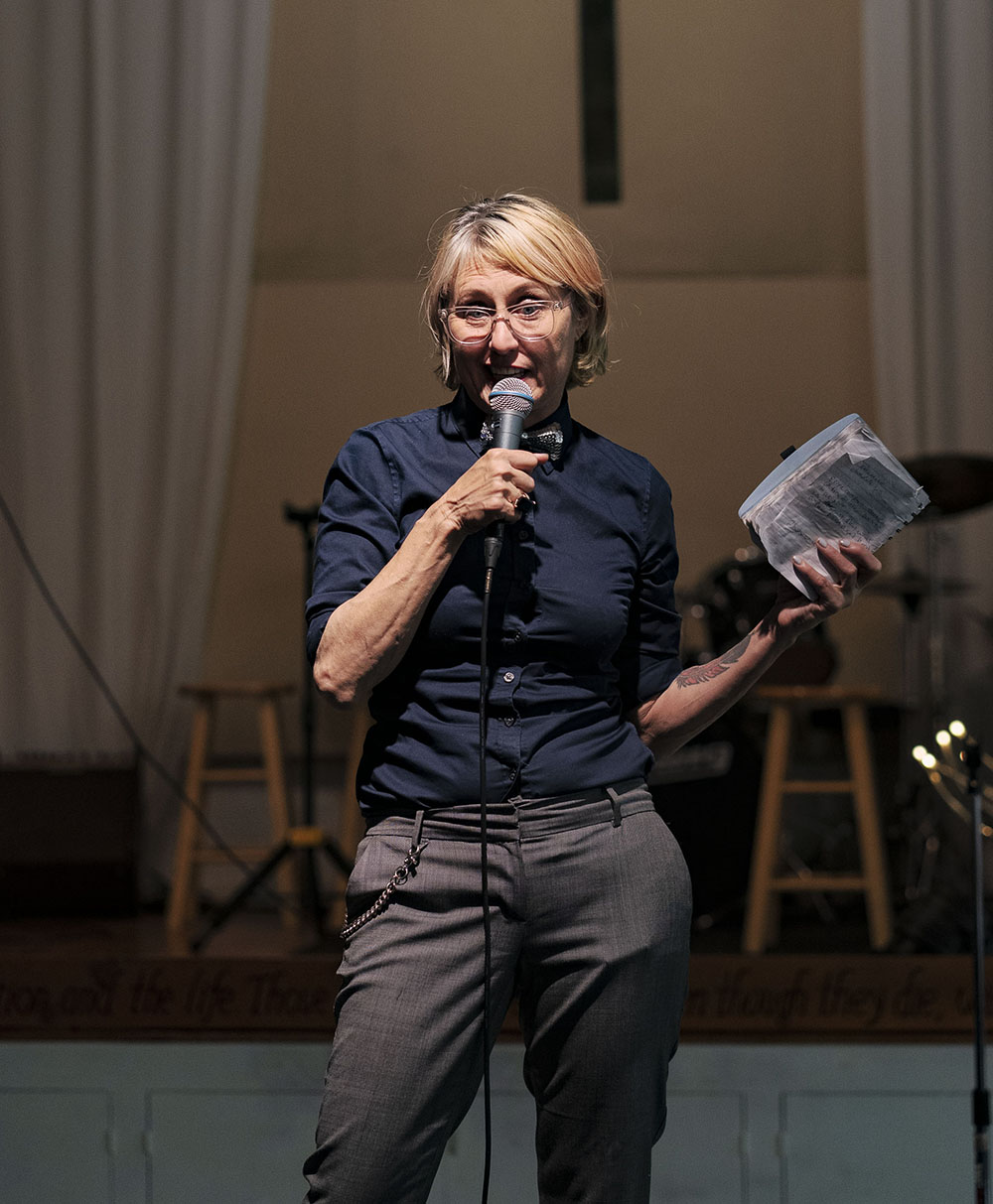 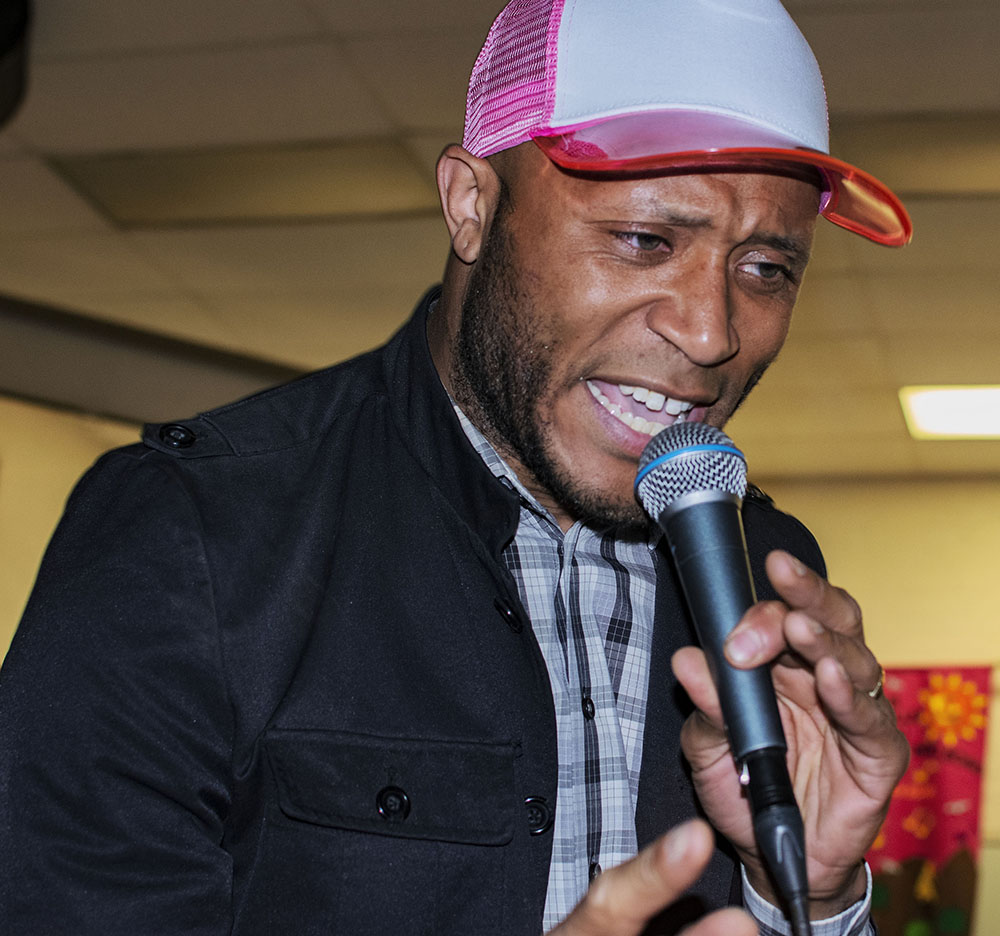 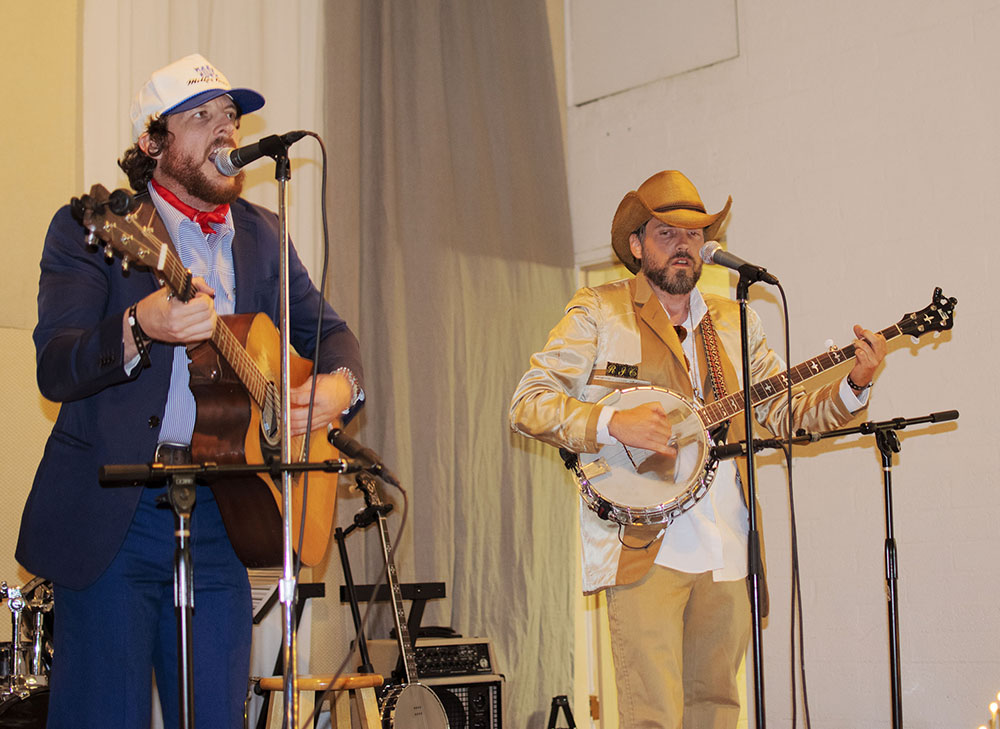 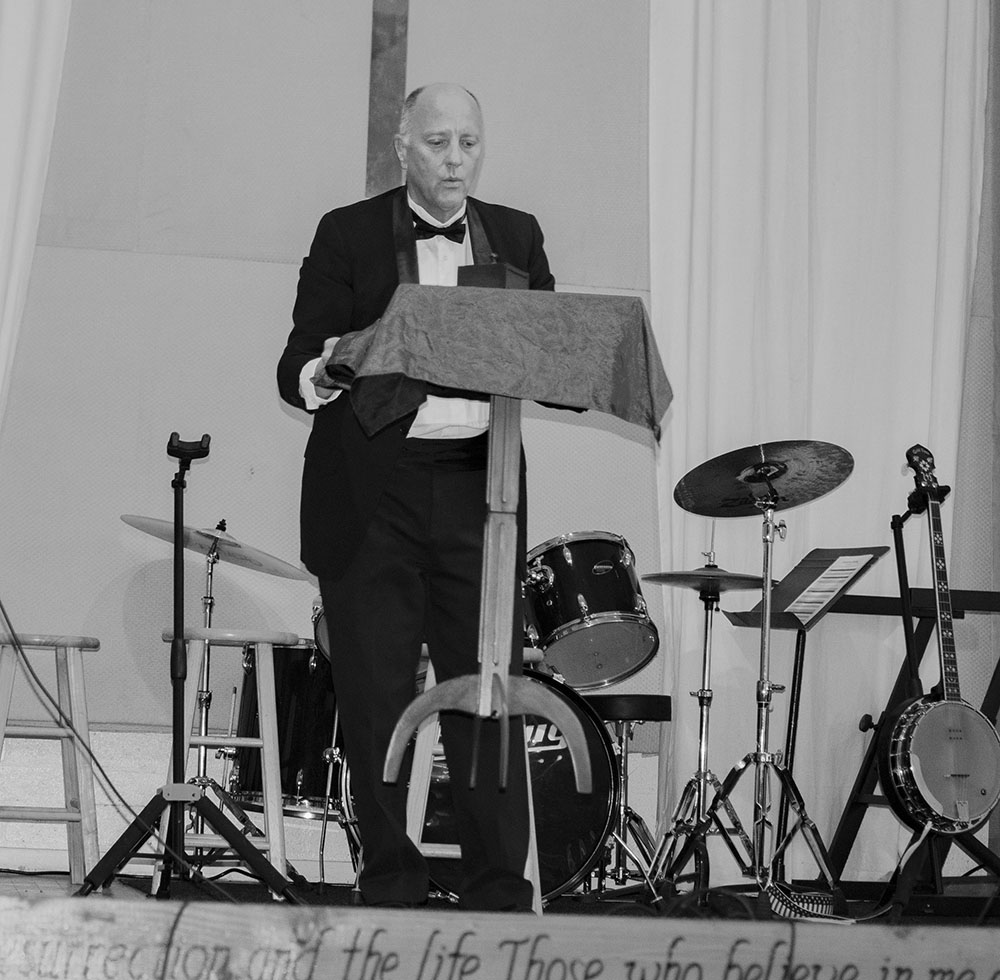 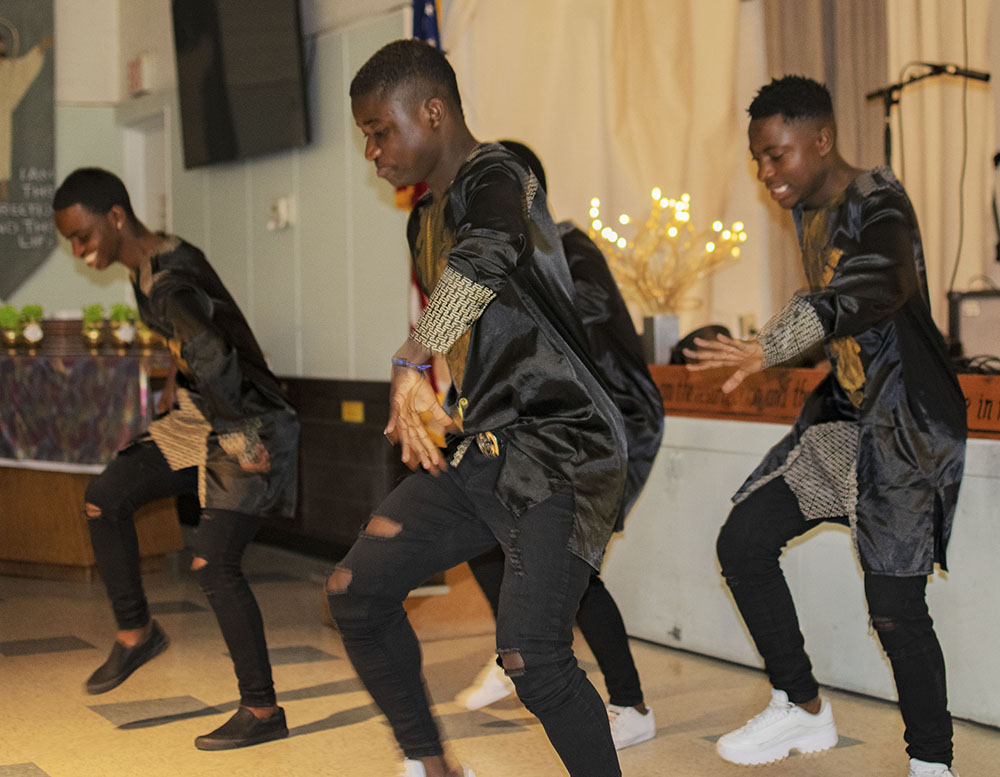