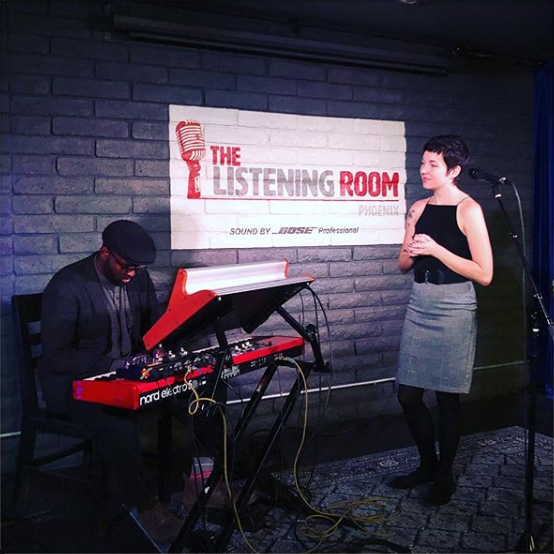 The House of Stairs strolled through The Listening Room Phoenix and set the stage a-fire with “Soul of My Own + Veil”. Please enjoy this performance and more as part of our “Songs from The Listening Room” series and check out our Q+A with lead singer Holly Pyle below…

Also, check out The Listening Room Phoenix website and calendar for an upcoming performance you should attend: http://thelisteningroomphoenix.com/

“Soul of my Own” began around a year and a half ago and completed this September, “Veil” was written in early 2016. They coincidentally overlap in some imagery and content: Veil was my way of processing discomfort in getting married, exploring fears of domestication, gender dynamics, codependency and the lack of intimacy with large weddings and planning (though in hindsight reveals a suppressed feeling of not wanting to get married altogether) I related a wedding dress to the feeling of being institutionalized and wearing a straight jacket and a queen bee hive as a padded room/asylum. “Soul of my Own” was written around the time of my Stepfather’s death and expresses a similar feeling of atrophy in my marriage while watching an important male figure pass away – there’s a focus on the pristine tidy condition of a casket (life’s appearance) while feeling dead inside.

We all approach songwriting differently and it creates a lovely diversity in the songs and forms – Personally I work with Evernote to organize songs into three categories: Feelings, Sounds and Information, plus an added bank to synthesize”the pillars — By building any one pillar it strengthens the others. It makes for a slow-ish writing process more often than not: sometimes the emotions are dormant and need information to bloom; sometimes curiosity is dormant and emotions need to spread out in order to make a weave of life’s parallels and wisdom with said feelings. They all meet together equally eventually and the song writes itself from there. The sound bank is mostly improvised ideas that develop over time with a few exceptions – we keep a consistent habit of improvising and recording improvisations for future reference and development. Stephen especially thrives via plotting ideas on logic and developing from there: He’s the producer ear on board. Garrison is the major music sponge of the band, always finding new underground artists and also seems to find a lot of inspiration by the gear in front of him: it encourages a lot of experimentation and inspires all of us to create outside the box.

We rehearse twice a week and do quite a bit of improvisation and development in that time – a decent amount is best explored on our own as well. I write most efficiently 30-60 minutes before a venue set, since we often program unfinished songs and allow them to compose live until we’re set on a consistent form.

We’re mostly stoked on our new album releasing a few months back, hoping to get back into studio time April – who knows how long that’ll take to release! Also working on curating a surprise show for Fall 2019…

Catch House of Stairs along with Iff. + Paul West open for Lusine  at Last Exit Live on Thursday, April 11. More on that event here. 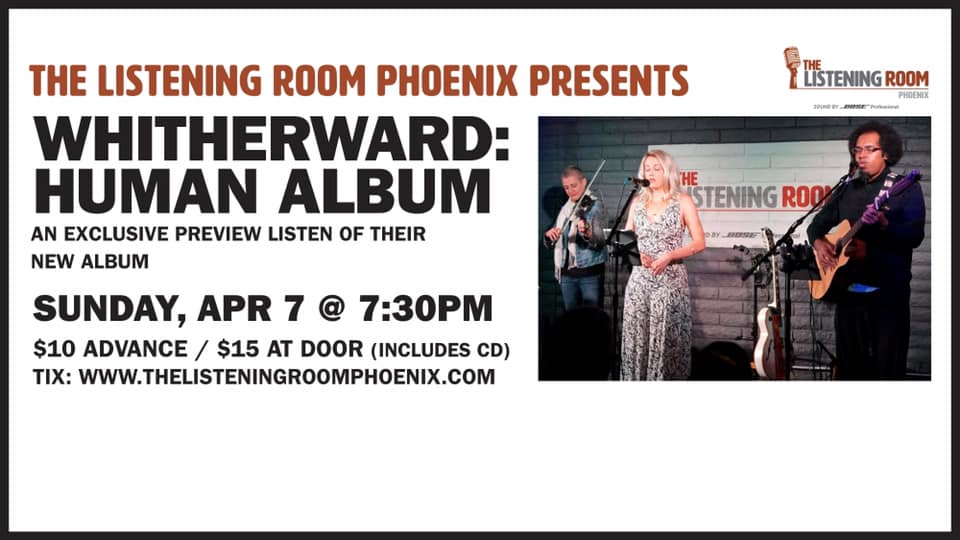