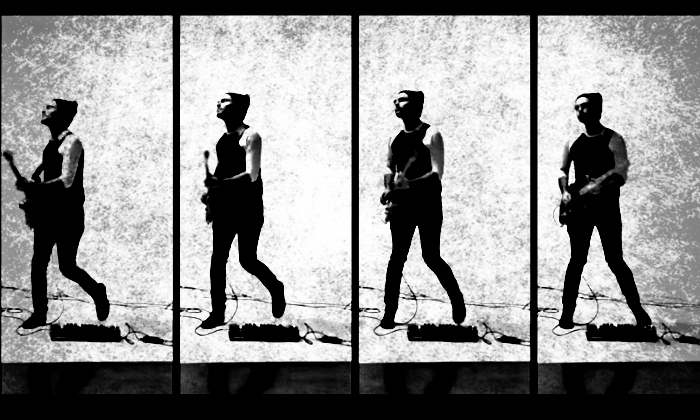 Oh, Aaron Taos, we do believe in you and the viral potential of your effervescent indie pop. Taos is always dropping new and catchy pop ditties that stick to your brain in a parasitic way. But don’t worry, you’ll like it. “Dazed & Amused” comes to us from Aaron Taos’ latest release, Birthday Boy, which you can hear in its entirety over on Spotify.

PLS&TY is a music producer who made the jump from Palm Beach to L.A. and you can just feel all those sunny days and questionable nights crammed into his new single, “Motives”, which features the talents of GANZ and Nevve. On top of that, the Bonnie and Clyde music video for the single definitely adds some gritty energy to the aesthetic that we really love.

Do you know of the secret talent lurking in the Brisbane suburbs known as Aerborn? This one-woman musical powerhouse is making some seriously stellar, and very chill, electropop that begs for international attention. “In a Phase” has me deep in my artist feels at the moment about every single time I’ve heard this phrase over the course of my life.

Songwriter & producer John Henry Ryan II creates music under the moniker John The Blind and his slick production style and his lively new single offers some clapback for all you opposed to modern modes of dating.  “Hallelujah” comes to us from John The Blind’s forthcoming s/t debut which is due out in May and, in the track, the songwriter puts a positive spin on new, but maybe still casual, flings. And I think he does a great job at capturing the exhilaration of budding relationships on “Hallelujah”.  Catch John The Blind from John The Blind on May 10th when the full album drops. Until then…

Nya
“Love You To Death”

This bi-coastal singer-songwriter mixes contemporary pop with modern R&B for a very NOW sound. And Nya’s latest single, “Love You To Death”, brings out the best of both worlds. At first, you might find yourself caught up in this tale of love and loss, but the music video will leave you wondering just what that love was lost to: time or murderous impulses?

Kill J first garnered global attention in 2013 for her Scandinavian Pop single, “Phoenix”. So, as Phoenicians, we at YabYum were obviously onboard with all things Kill J… even if she’s talking about the bird and not the city. Julie Aagaard, the classically trained singer/songwriter/pianist behind Kill J, is a rising star in the international electropop scene so start paying attention, if you aren’t already. Maybe, just maybe, she’ll add a Phoenix stop the next time she breezes through the States to SXSW.

Let the dreamy bedroom pop of Jai Wolf soothe your world-weary soul. “Your Way” will help you establish a bit of mellow on your most hectic of days and even has the power to lift your spirits. At the same time, the music video (featuring Chet Porter) will offer you an intimate glimpse into the loneliness of celebrity before submerging the viewer into a psychedelic sea. I definitely recommend riding the tempered tides of “Your Way”.