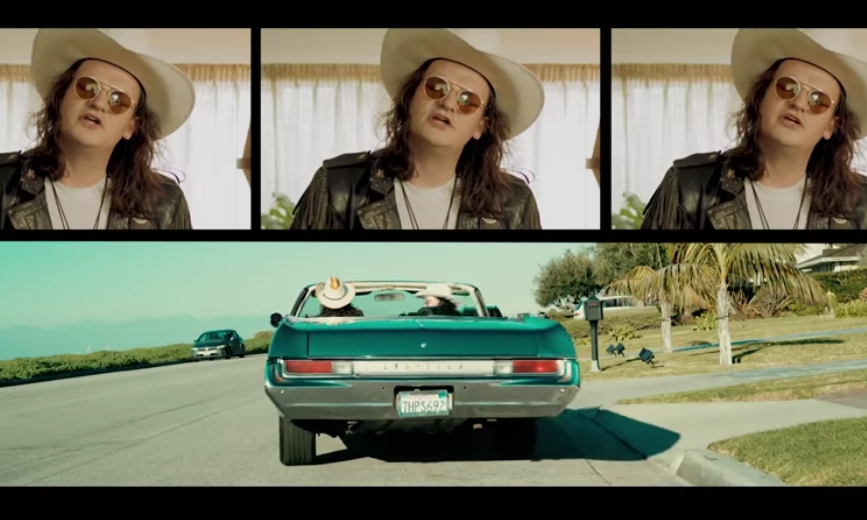 Mating Ritual is fun. And this new single from the L.A.-based indie pop duo has all the right kind of kickback energy to make those summer mixers really vibe.  “U.N.I.” comes to us from Mating Ritual’s forthcoming release due out this May… just in time for pool parties and road trips and beach themed vacations. Thankfully, Mating Ritual manages to pack a lot of that L.A. sunshine and chic sense of style into this track.

Cayucas has racked up over a million streams for their late 2018 single, “Jessica WJ”, and that was before they teamed up Sean Solomon, art director for the animated show, Lucas Brothers Moving Co., to make this sweet music video. The Santa Monica indie-pop duo is gearing up for the release of their new album later this month. Check out the blithesome “Jessica WJ” and then secure your copy of Real Life by Cayucas before it drops on 4/19.

This Portland singer-songwriter makes somewhat anxious indie pop and I’m all about it. Sam Densmore is not about lighthearted, hook-heavy radio jams. This is meaty indie pop to make you think as you bounce down the street with your headphones on. “Damn The Consequences” comes to us from Densmore’s forthcoming EP, Black Velvet Unicorn, so keep watch for that release by following Sam on Bandcamp (or your preferred platform).

The L.A.-based artist known as Low Hum provides a chill tone for his new single, “I Don’t Know Me Like You Do”, and a music video that includes robots and mermaids… so, basically, what’s not to love? This track comes to us from Low Hum’s forthcoming LP, Room To Breathe, which is due out in June on Last Gang Records. If trippy synth-based alt-indie sounds right up your alley, look no further than Low Hum.

This indie rock band from Toronto formed just two short years ago, but they’ve already established quite the fanbase in that time. And this rowdy new single from Quinn Mills is about feeling “pressured to break up with your girlfriend by a woman you’ve fallen in love with” so, I guess, it’s kind of about being a dick. But, we’re philosophically committed to judging the art and not the artists and “Another Minute” is pretty fucking catchy.

German-born pop artist bülow made an appearance at this year’s SXSW, but you can catch her roaming around Orangeville, Ontario in this music video for “Sweet Little Lies”. I think the snowy and somber setting is more befitting the tone of this new track, but “Sweet Little Lies” still has some indie pop bounce to it.

This super new act from London Town (uh, London) mixes up indie pop with psych rock to create something a little bit out there and we like it. The Arthur Brothers combines the talents of brothers, Matt and Danny Arthur,  along with producer/songwriter/multi-instrumentalist J. C. Wright. And, to celebrate their launch into the public eye, the band released this visually striking music video for “Violet Hum”. Get weird with The Arthur Brothers below…