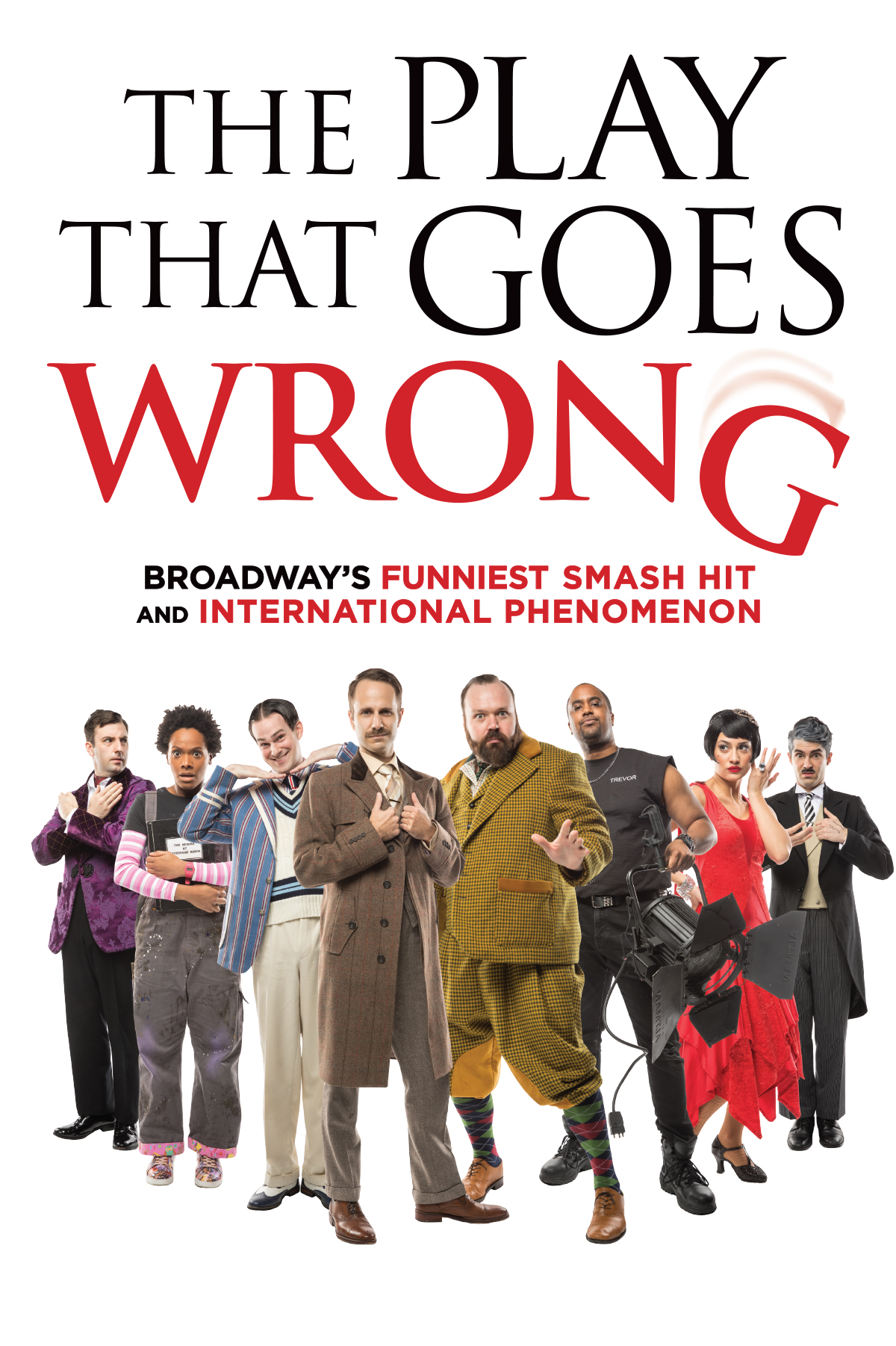 The Play That Goes Wrong is a play within a play. A college production with a small but mighty cast, making due as things go devastatingly awry. Bringing back memories of shows from childhood when everyone invests their entire soul into a production, building sets from scraps and piecing together costumes from Goodwill finds and parents closets. Desperate to making it work. Improvising as things fall apart along the way. Yet this is not a cobbled-together, low budget passion project. It is a Broadway show with a Tony Award-winning set, perfectly constructed and capable of doing the unimaginable. Accompanied by a script with carefully considered errors yielding hilarious results. And as if that wasn’t enough, there are some very impressive magic tricks sprinkled in for good measure.

Before the lights dim, Annie (the Stage Manager) and Trevor (the Lighting and Sound Operator) run around on and off stage, attempting at finishing touches and warning some audience members that they are sitting in the danger zone. Then the show begins and we are immediately introduced to the struggles that have challenged the Cornley University’s Drama Society. For a moment, I was slightly nervous. Much of the crowd was completely warmed up from the first beat, laughing at every line, seemingly undiscerningly. But by about two minutes in, I was right there with them. Giggling until my eyes watered and my gut wrenched.

Early in my acting training I was told that some of the most difficult feats of performance are the actions we, as humans, naturally try to avoid. For example, crying is easier than fighting back tears. And intentionally bad acting is generally more trying than acting well. Every player on stage in TPTGW is forced, in some manner or another, to show the finesse of those fundamentals. Because they are working between layers.

Angela Grovey plays Annie, a stage manager having her first experience on stage instead of behind it, portraying that initial discomfort that fades into reverie as she is illuminated by spotlights. Brandon J. Ellis is Trevor, the engineering student operating the show’s lighting and sound to get his last bit of degree credit, utterly disinterested in the dramatic arts. Evan Alexander Smith is Chris, Inspector Carter as well as the Director, Designer, Dramaturg, Voice and Dialect Coach, and Box Office Manager. Chris is the most invested in the show, watching in horror as everything falls apart around him.

Yaegel T. Welch is Jonathan, a model with a knack for missing his cues as Charles Haversham. Payton Crim plays Robert, a method actor with a booming voice, portraying Thomas Colleymoore. Scott Cote is Dennis, a wannabe athlete who couldn’t make the team (any team), stifled by his limited vocabulary. Ned Noyes is Max, starring in his very first show, reveling in the applause and unapologetically breaking the fourth wall. And Jamie Ann Romero plays Sandra, the troupes only female star, and a natural overactor. Each and every performance is just as it should be, an absolute delight to witness.

Simply put, The Play That Goes Wrong is a glorious and uproarious farce, with an unforgettable set, and a heavy touch of magic. An ideal show for anyone who needs a laugh. And don’t we all these days? TPTGW provided for of the most light-hearted nights at the theatre that I have had in a long time.

Tickets are still available for The Play That Goes Wrong, which runs through Sunday, starting at only $30. And friendly tip, read your playbill before the show. There are some hidden gems that serve as a primer for the highly amusing on-stage activities.. You can also catch it as it tours the U.S. by checking their tour schedule. Also, make sure to catch Tempe’s most popular musical, WICKED, as it makes it’s return from April 2 – May 5 at Gammage. Get your tickets through the ASU Gammage website.