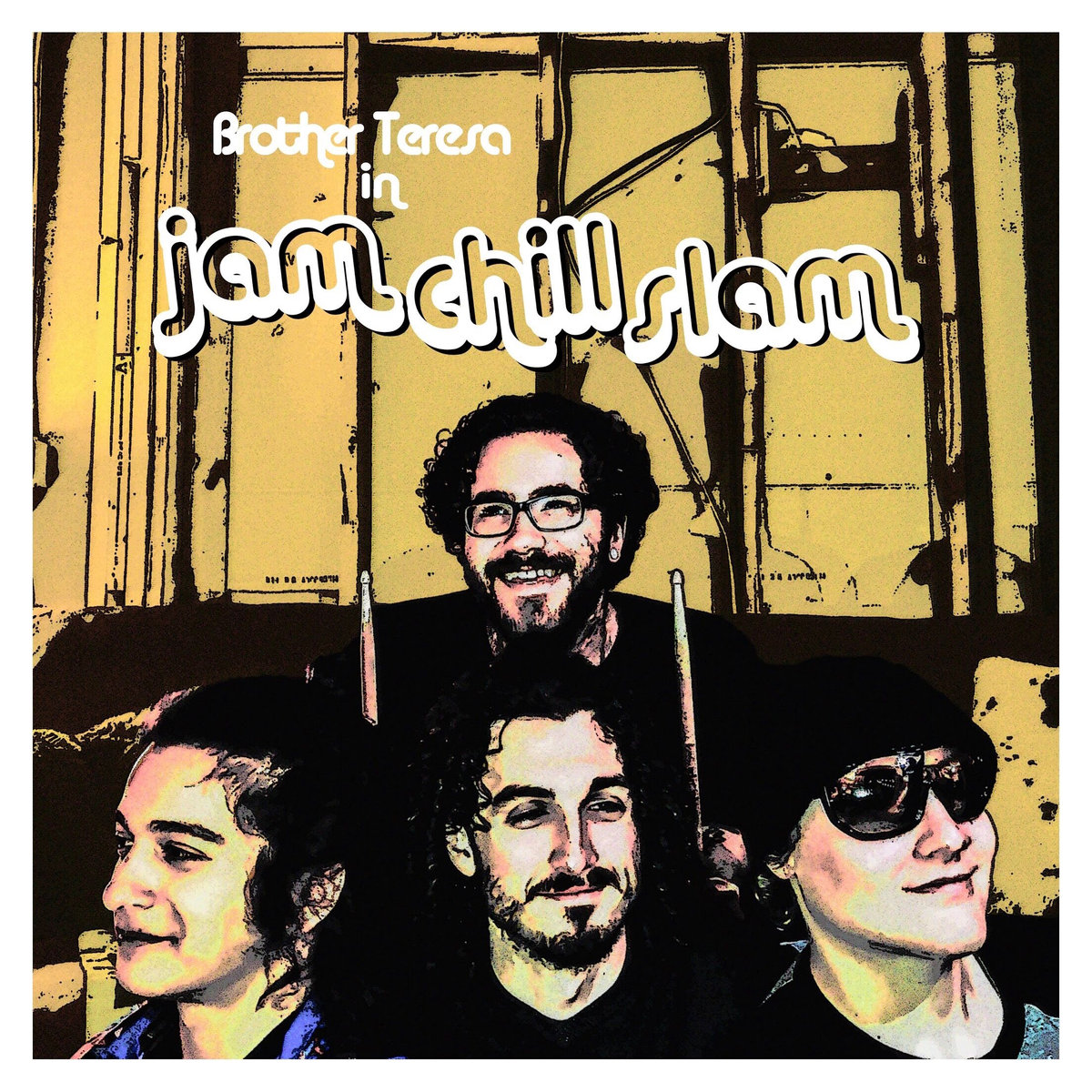 Brother Teresa really wants you to dance, but they don’t want to make it easy for you. The band’s acrobatic, boogie-inducing riffs are infectious, but sometimes they come in irregular time signatures; forcing the audience to think before they groove.

The band is fronted by a pair of singer-guitarists in Joe Allie and Salah Moharram, and is rounded out by bassist Bailey Stewart and drummer Dom Crooks. I sat down with the whole confounding crew in order to discuss their evolution as a band and their debut record: Jam Chill Slam.

Jacob: Listening through the record, one of my favorite parts was the 9/8 section on the song “Who.” How did that section come about?

Joe: Well, I wrote that.

Did you write the drums?

Joe: No, but I definitely wrote it with Dom in mind. I knew he could rip that part to fucking shreds.

Dom, when you heard that part and were coming up with the drums for it, what was your thought process?

Dom: Well, it’s a really syncopated thing so I was just trying to catch the hits, and throw the accents where the guitar part was–

Joe: There’s even that one moment, where you don’t even hit anything on the down beat. It was pretty cool. It adds to the janky feeling of the section.

At the end of the song, one of the guitarists plays the vocal melody in this really impactful, frantic way. Was that in the original composition, or did that come later?

Joe: No. I think that came just at a practice.

Salah: Yeah, that’s basically like our cue to end [laughs].

Joe: I wrote the chords and the melody for that song, but the arrangement, and the form of the song, came through a few practices.

Another really cool part on the record is the section in “Intuition” when it changes from a smooth, R&B song into “The Immigrant Song” by Led Zeppelin. How did you guys write that?

Bailey: I just remember jamming, and then I just threw that [“Immigrant Song”] rhythm in there on the bass, and we just rolled with it.

Joe: That’s what we would do on that song, we would jam and then chill for a little bit, and then come back and… slam.

That’s the name of the game.

Salah: That song [“Intuition”] was one of our earliest songs. We had these parts we would jam, then we needed an in-between section, then we had that harmony section going out. After awhile we kinda were just like, “Hey, this is a song.” That song doesn’t really have a chorus, so the harder section is something the audience can kind of latch onto.

In general, when we bring songs in, it will usually just be an A-B section, then we will kind of jam just the A section, then just the B section, then try and flow them into each other. Then we ask, “OK, is this going anywhere? Does this need anything?”

I think “Peppered Steak” was a good example of a song that was written that way. I think originally we just had the ⅞ section and the verse. We were playing them back and forth, but obviously we needed more, so we played the verse riff, but down, and jumbled up some other things. So it goes like A-B-C-B-C-A or something like that.

Joe: The verse in reverse.

Salah: Yeah, the second verse is like the first verse but in reverse [laughs].

Joe: A lot of things take shape through conversations at practice.

What have you guys learned playing in other bands that influences the way you approach writing in Brother Teresa?

Salah: Well this band is different from anything I’ve done before. I think playing in other bands has made me more open to all the wacky ideas we come up with. It allows us to contain those weirder elements within a framework that is still dancy and catchy and poppy. I think of it as complex music simplified.

Joe: For me, the jam based, improvisational element of our music definitely comes from school [Joe is a jazz guitar performance major at ASU]. It boggles my mind that certain musicians wouldn’t want to do that [improvise/jam], because you’re composing music–not necessarily just soloing–but being able to compose music on the spot.

Bailey: What’s really cool about what we do is everyone has a voice in the band. Yeah, Joe and Salah bring a lot of songs to the table, but everyone has their chance to get their ideas in the songs. I’ve been in stuff before where it is just one person saying, “This is the idea. Here you go,” but we really collaborate.

Salah: Also, over time, I’ve found it’s a lot easier to write chord structures at home, but the actual parts you end up playing are a lot easier to write at practice, around other people and that energy. A lot of time we even improvise the vocals, you know, just make mouth sounds. Joe or I will start yammering into the mic.

Joe: I do that all the time. I’ll listen back to rehearsal tapes and be like, “It sounds like I’m saying this. I know that’s not what I was saying, but that’s what it sounds like so those are the lyrics.”

What are a couple moments on the record where you guys really stepped outside of your comfort zone? Either individually or as a band?

Bailey: Singing in general. “Intuition” is the first time I’ve ever sang a song on record.

Salah: [Reminiscing] As soon as you got on the microphone your high voice made my heart melt.

Joe: It was angelic.

Bailey: These guys were the ones who convinced me to sing, and now I like singing! Also, playing in different time signatures. I had never really done that before this band. This band has definitely made me a much better musician.

Joe: I would say singing as well. Trying to make the transition into being “the” singer was big for me. The band I was in before, Sonoran Chorus, that was the first time I had ever sang in a band, and that was only backups. Also some of the shit Dom plays on drums is fucking crazy, so you kinda just got hold on for dear life. Like Bailey said, we all push each other… I just hope we push Dom [laughs].

Dom: You do. It’s nice to have dudes who can keep up [laughs]. I’ve been in bands in the past where not everyone could keep up with crazy stuff like that, so it’s nice that you guys can. It allows me to get a little weirder and push a little farther.

On the record, and when I’ve seen you guys live, the thing that stands out is it seems like you guys just have so much fun. This might seem like a strange question, but I think it is worth asking since you guys seem to be having more fun playing music than almost all other bands I know–how do you guys have so much fun?

Salah: The songs are pretty… acrobatic, which keeps us engaged while we’re up there. There is a lot of moments in the songs–like certain accents we do, certain harmonies we do– which keep us on our toes. I think we were successful in not making the songs boring. There is always stuff that is going to pop out at you and it is usually something different.

Joe: I think, too, it’s because we push each other to be the best that we can. The creative/collaborative relationship we have is fun, and keeping up with that in a live environment is sort of a physical challenge.

Check out Brother Teresa’s new record, Jam Chill Slam, available on the various streaming platforms. You can also catch them live at The Lunchbox offering local support to Primal Static (ATX), along with Possy and Moon to Sun. Event info can be found here. 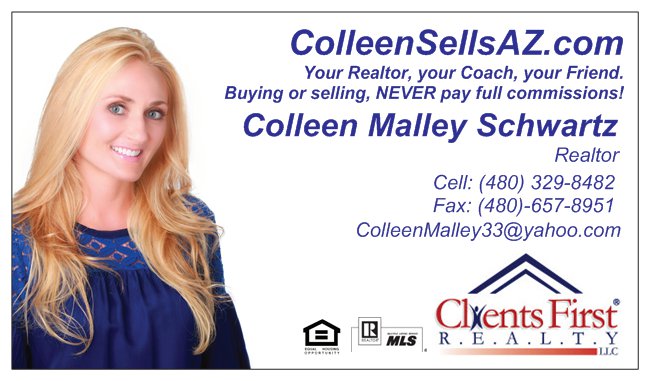