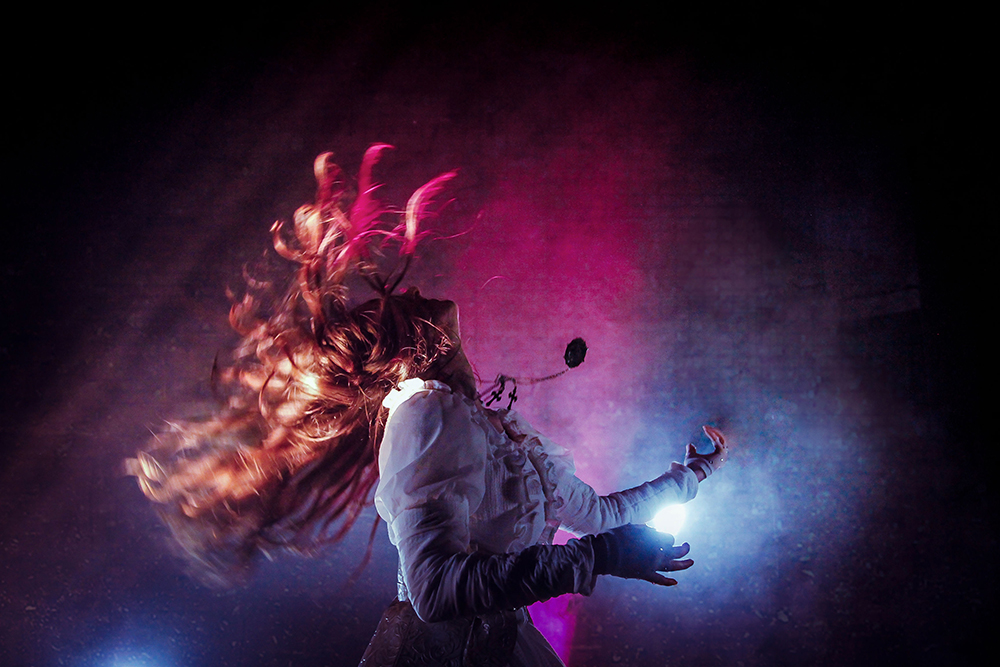 Many months ago, when I first heard that The Phoenix Theatre Company was doing a show about competitive air guitar, I was absolutely fascinated… and super stoked.

Turns out it’s not just an endearing concept for a new play, but a small global scene that crescendos every year at the Air Guitar World Championship. The 24th championship commences in August this year in Finland, and after this show, I genuinely wish I could make it.

Airness is a deep dive into that rocking, flailing, joyful, make-believe world. Thankfully for those of us not already familiar, the script introduces the rules and format of the competition early on, as well as the judging scale and criteria. There are 2 rounds of 60 seconds each. The first song is chosen by the competitor, the second by the judges. Scores are based on technicality, stage presence, and “Airness”: the elusive and intangible transcendence of the art form. Achieving Airness is the ultimate goal. The holy grail. 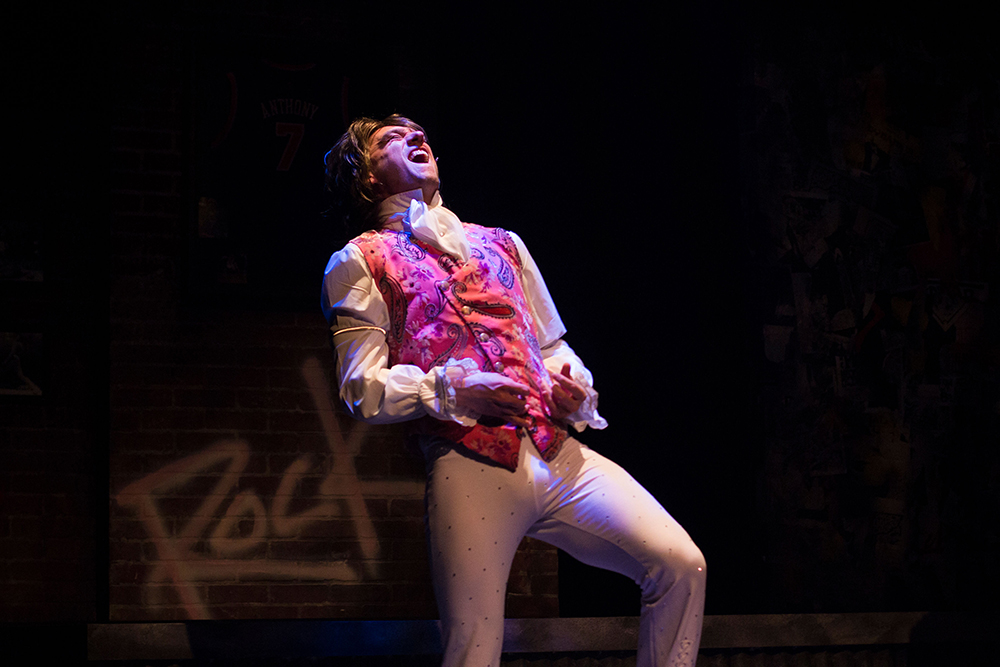 Our players are a band of passionate characters. Golden Thunder (Victor Cervantes Jr.) , who uses the medium for social commentary and messages of unity. Facebender (Marshall Glass) is all about expressing love and emotion. Shreddy Eddy (Michael Kary) is a punk rock Peter Pan, full of knowledge about the craft and willing to share it with the show’s central character and air guitar newbie, Nina (Michelle Chin), or ‘The Nina’ as her persona evolves. Cannibal Queen (Alyssa Chiarello) is gritty and exceptionally talented. A woman that wants, and deserves, to be taken seriously in the male-dominated subculture. And D Vicious (Caleb Reese), the reigning champion who has lost sight of the most fundamental components in the world that brought him a sliver of fame.

The Phoenix Theatre Company’s version is staged beautifully, with an intricate and highly-functional set. There are several perfectly timed and delivered one-liners, my absolute favorite moments of the entire performance. It is also a show where the audience plays a role. As in the medium it is representing, success is contingent upon the receptiveness of those sitting in the dark. And there is something highly gratifying and thrilling about being a part of that. 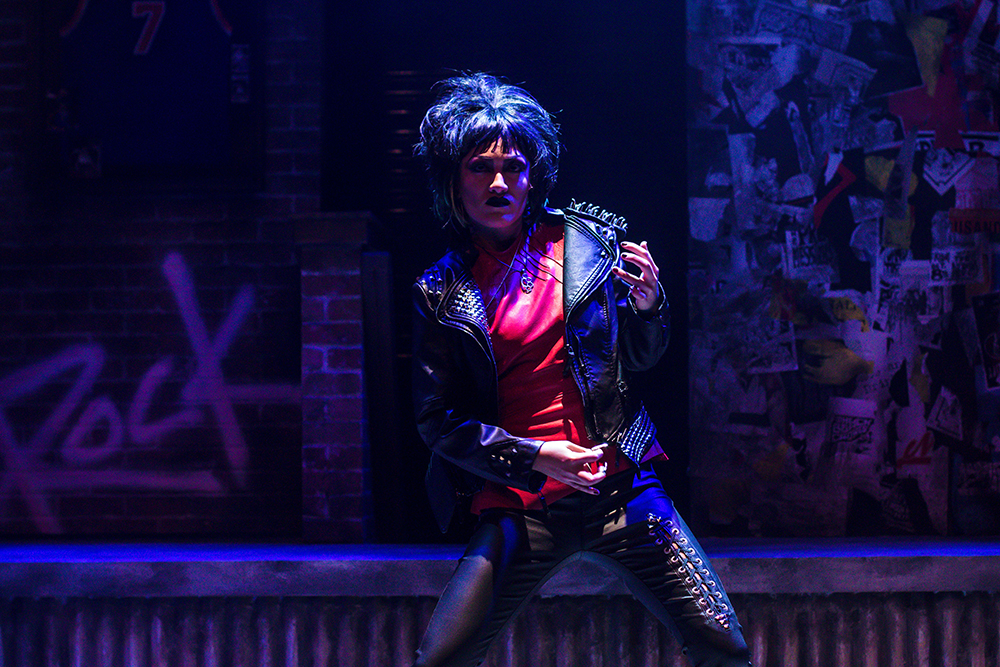 There are some really wonderful performances, namely by Chiarello, Chin, and Kary. There are moments of radiance and power, including several of the competition pieces and the Cannibal Queen’s explanation of the escapism of the medium late in the show. All in all, it is simplistically fun. It is about finding joy. About finding the joy within ourselves, and finding our own unique tribe. About learning to forgive and moving on, and about friendship and heartbreak and love. It shows reverence to the world of competitive air guitar, making it accessible and wholly understandable.

Airness is not a deep or profound show. Nor is it particularly impactful, transcendent or idiosyncratic. But for the sheer fact that it introduces theatre-goers to a delicious part of our subculture that was likely otherwise unknown, I am grateful to have experienced it. Though I would not count it amongst my favorite shows, it was certainly an enjoyable experience, and this is a very well done interpretation.

Airness plays at The Phoenix Theatre Company now through March 31. Tickets can be purchased online. You can also apply your tickets to get a discount on a season ticket package for the remaining shows of this season; Sisters in Law, Cookin’s a Drag, and Once. This also includes the just-announced, and sure to sell out, Spamilton – An American Parody which is coming in June. Visit Concierge at the theatre or call 602-254-2151 for additional details.

For more info on Air Guitar World Championships, check out their website. 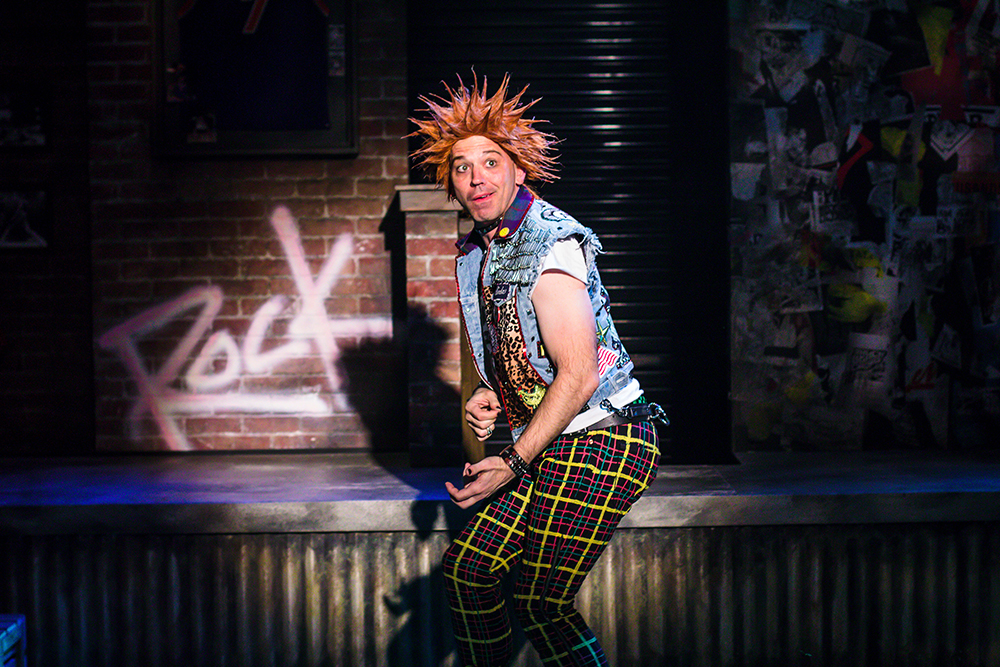