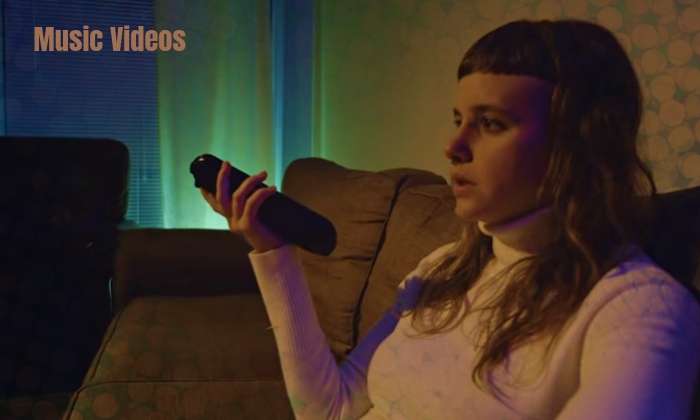 Cat Clyde
“All The Black”

This singer-songwriter from Ontario is rapidly on the rise and, once you hear her plush voice and brooding lyricism, you’ll understand why. “All The Black” follows Cat Clyde’s 2017 LP, Ivory Castanets, and (hopefully) suggests a new release lurks on the horizon. Check out “All the Black” and then check out Cat Clyde’s brand-spanking-new single, “Anymore”, over on Soundcloud.

This single comes to us from Danielle Durack’s 2019 release, Bashful. The Phoenix songwriter’s introspective lyrics are met with a lithe musicality that will leave you feeling warm, like you’re basking in the warmth of sunshine. Gentle sunshine, not the belligerent summertime sun of the Sonoran. Durack’s new music video for “Sunshine” fits the feel of the song which you can find on Bashful – now available on both Bandcamp and Spotify.

Adrianne Lenker’s voice is both ethereal and haunting and those two qualities are brought to the foreground on her new single, “symbol”. It is Lenker’s voice that gives “symbol” its sense of intimacy despite the song’s evasive lyrics. The music video is set against the backdrop of Coney Island and, much like the song, achieves an intimately personal feel in its view of this piece of NYC.

Singer-songwriter Devin Tuel releases music from Upstate New York under her nom-de-plume, Native Harrow. She has a rich, earthy voice and a bohemian sense of style that fit quite well with her serene songwriting on “Happier Now”. Honestly, I was a bit surprised to learn Tuel penned this track while out on the road in support of her second album, given its level of zen. “Happier Now” is the title track from Native Harrow’s third album due out next month.

This slow burner from singer-songwriter Gary Kazazian will surprise you with its emotive power. The L.A.-based acoustic artist keeps things stripped down on “C-Line Woman” (and in the music video) but his lyrics and voice leave the listener needing little more.

This UK born songwriter moved to Switzerland so he could write songs about, um, Britain. Okay, I’m half joking here. Joshua Howlett is from Manchester and he did move to Switzerland and “Dover” is about missing his hometurf in England so maybe I’m not joking at all. Whatever the case may be, Howlett created a beautiful and tranquil soundscape for “Dover” and a music video to match. After you delve into “Dover”, you should head over to Spotify to check out the new EP from whence it came.

Solomon Ganz
“I’ll Be There”

Solomon Ganz was living in New York when he decided to cash-out, toss the permanent address, and head out on the road. Here we are, three years later, and Ganz has been busking his way around ever since. This single comes to us from his 2018 release, Inside Your Heart, which you can hear on Spotify or Bandcamp.