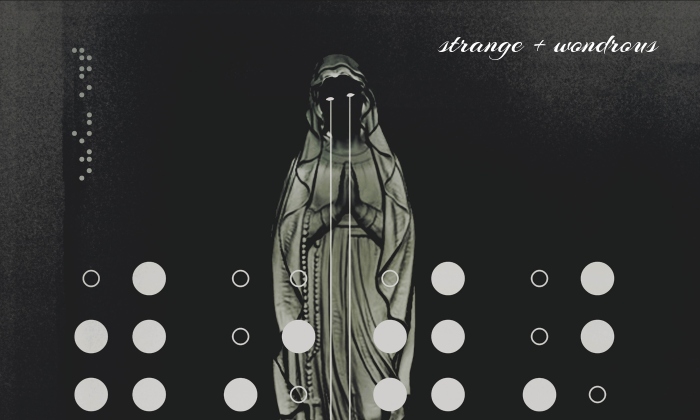 The cumbia-psych-rock fusion that is XIXA feels like it could only come out of the Sonoran desert. And, when you listen to the title track from the band’s brand new EP, you’ll agree. “The Code” envelops the listener in a hallucinatory desert vision quest full of dark, imposing figures and mystical markers. Basically, if Sergio Leone was still alive today, XIXA would be the soundtrack to his next film.

So many indie/electro tracks sound alike, I’m beginning to think it’s an epidemic. Like L.A. must just be churning out these aspiring alt-pop acts faster than the county birth rate would ever suggest possible. The melty indie-electro of Esbie Fonte, however, broke up a treacherous submissions pile. Layered vocals give “Veins” a tripped-out feel while the surrounding instrumental provides a unique and uplifting soundscape.  This tracks comes to us from Esbie Fonte’s forthcoming EP, Cemetery Drive, so fans of “Veins” should follow on Spotify to join me in the wait for that new release.

This new single from Christian Scott a Tunde Adjuah is an experience unlike any other. Created with the intent of making a “map to decolonize sound; to challenge previously held misconceptions about some cultures of music; to codify a new folkloric tradition and begin the work of creating a national set of rhythms;” Ancestral Recall is more a push toward a paradigm shift then just your next new release. And so it shouldn’t come as a surprise that the title track, featuring Saul Williams, is a journey through time and across vast distances before arriving with Adjuah in NOLA. Check out “Ancestral Recall” and then hop over to Bandcamp to land that pre-order NOW!

This Toronto songwriter released “Woman” on her 2019 LP, Impatiens, which came out in January. This slow-burning number moves at an idle pace through some emotional terrain. But, as both a vocalist and songwriter,  Alexandra Babiak delivers with such a casual air, it might take a moment to notice the heavy angst in her ethereal voice. Sink into the somber indie-folk of Alexandra Babiak on “Woman” and then delve the complete album from whence it came on Bandcamp &/or Spotify.

The soupy psychedelia of Cincinnati’s moonweather is as dreamy and spaced out as the name of the band suggests. Their new single, “Best Friends”, comes to us from Overgrown; the band’s new LP which came out (on vinyl + Bandcamp) last month. “Best Friends” is wistful and downtrodden as it meanders through meditations on life. The energy level varies throughout Overgrown, but “Best Friends” fits in with the calmer, more somber moments of my day. Give it a listen and then head over to to score a copy of Overgrown by moonweather while you still can.