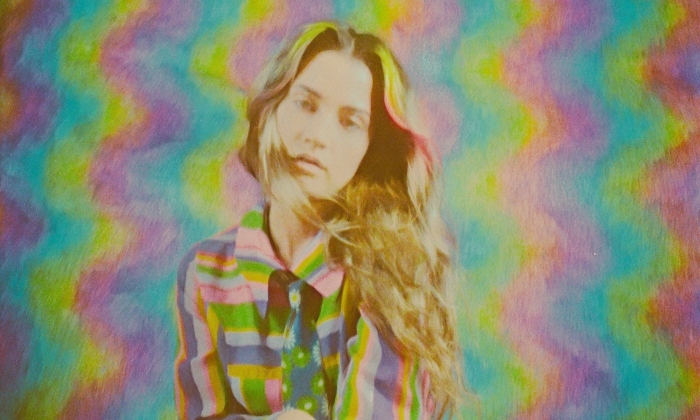 Lauren Ruth Ward returns with a new single to tug on your heart strings. Yep, “Pullstrings” will give you all kinds of feels as Ward doubles up on the vulnerability between the power of her voice and her lyrics. Lauren Ruth Ward has been releasing a steady stream of tracks to her rapidly growing fanbase and I couldn’t be happier about that. Now, I just need her to add a PHX stop to her West Coast tour circuit and we’ll be cool. There’s something deeply emotional, almost visceral that LRW pours into every song she sings. And that makes her magic.

like diamonds is the musical brainchild of multi-instrumentalist, Ark Calkins. Symphonic art pop at its most relaxed, like diamonds adds just the right amount of bounce to keep the bedroom indie sound of “Mirrors” buoyant and dreamy. Make sure you check out this new track (and all the others available on like diamonds’ Bandcamp page) and then get out to catch this act live. Calkins fills out the cast of players for like diamonds at live performances with some stellar stars of the Phoenix indie scene. Not to be missed.

This Stockholm-based psych-pop band creates vibrant color fields within their lush soundscapes. Yes, folx, Melby just might induce an acid flashback with their psychedelic dream pop and effervescent harmonies. This single comes to us from the quartet’s debut album, None of this makes me worry, due out in April from Rama Lama Records. If “VCR” is fair indication of what’s to come, the new album from Melby is not to be missed.

MS_Paint flies under the radar but his minimal slant on Contemporary R&B easily enchants new listeners. The Las Vegas musician has a hypnotic lyrical style and the stripped down melody adds lofi charm.  “pray for it” was released last month and MS_Paint has been staying busy ever since. So, if you dig the soulful stylings of “pray for it”, I suggest you delve further into the Soundcloud offerings from this artist.

Angela Aux is quite the prolific musician; both as an independent performer and a member of other acts like Aloa Input and the Sepalot Quartett (amongst other things). But “Killer Kid” is my introduction to his body of work and now I feel like I have to invest at least a week catching up on Angela Aux’s entire musical history. His songwriting is poignant yet understated and the same might be said of the soundscape that supports his words: mellow, beautiful, and slightly askew folk. Listen to “Killer Kid” and, if you love it like I do, check out more music from Angela Aux on Spotify.