If you are active in the Phoenix arts and music scene, there is a high probability that you have run into A Claire Slattery.

The brainchild behind world-famous Tempe social outings such as The Vanishing Show and the Grand Opening of Chili’s, in curating these hot events it’s evident that Slattery has an intrinsic knack for bringing the Phoenix area community together through socially-conscious discourse and ironic fun.

When she’s not ruling Tempe, you can find her DJing at a myriad of venues throughout the Valley including Maintenance at Valley Bar, a monthly vinyl DJ collective that she co-hosts with Davina which welcomes guests who identify as female and seeks “to balance the disproportionate number of events lead by men in the Phoenix Valley.”

Slattery corresponded with me via email in mid-December ’18 to talk about why text-based flyers are ineffective in promoting on social media, her most rewarding social media moments and how you can avoid crucial Facebook mishaps. 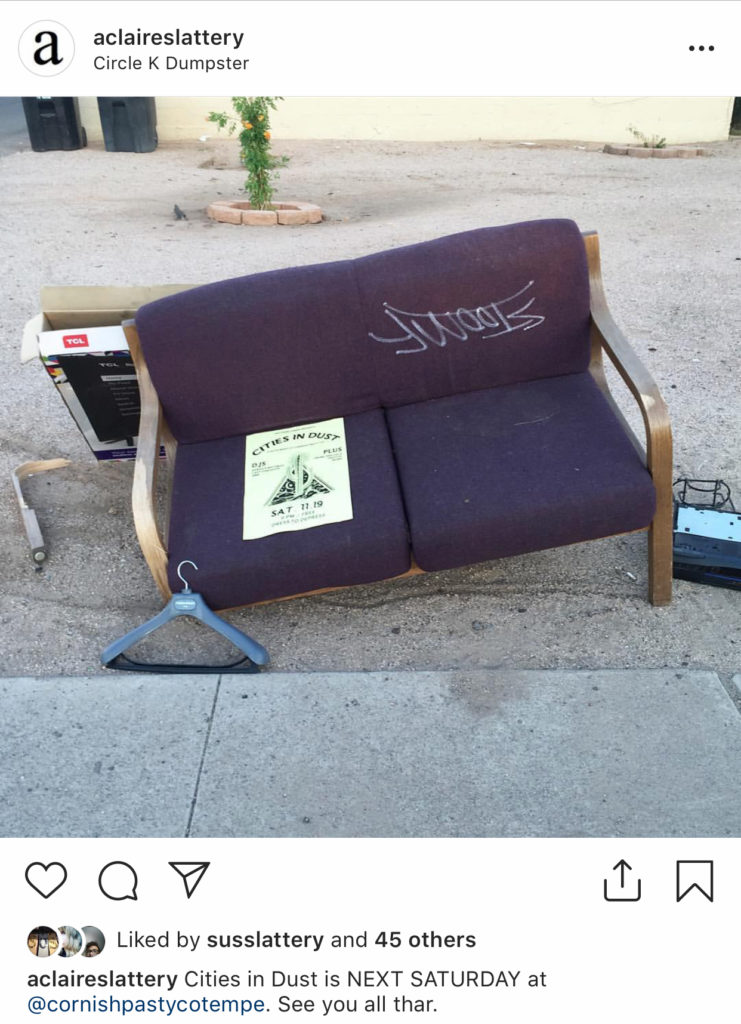 Allyson: How do you think that your day job in digital marketing gives you an advantage in promoting your events on various social media platforms?

Claire: My advanced knowledge of each social media platform is the biggest advantage I have, but I wouldn’t say knowing Facebook/Instagram inside and out has helped attendance to my events at all. Between my job and everyday life, I spend way too much time on social media. The sheer volume of bullshit I scroll through everyday generally makes me feel hopeless and sad. However, I still choose to participate shouting into the abyss begging for people to pay attention to me.

What is your favorite social media platform to promote your events on and why?

I use a combination of Instagram and Facebook because most of my friends utilize either one, the other, or both.

Which social media platform do you think needs improvement in order to become more promotion-friendly?

I don’t think any of them really need improvement aside from bug issues. Facebook events are notoriously terrible – 80% of the time I run into issues when trying to invite friends to them.

Unless you have a strong following and loyal supporters, posting “come to my show!” generally won’t increase your exposure. For those who don’t have that (and let’s be real, it’s about 95% of us, myself included) creating non-text-based dynamic content is probably the next best thing you can do to get the word out.

How have algorithms affected promoting your events? If so, what steps have you implemented to make the algorithm work for you?

Generally speaking, I don’t post flyers because they’re all text, and Facebook/Instagram algorithms see images with heavy text as “too promotional.” Lately, I’ve been posting photos of myself with some info about upcoming dates or an event that takes place the night-of. It seems to be going ok?

As a curator of numerous diverse events throughout the Phoenix area, what has been your most rewarding social media promoting experience? And why?

It’s a three-way tie between The Vanishing Show, the Grand Opening of Chilis (the location on University and Farmer in Tempe) sponsored by Keep Phoenix Square and Drain Tempe Town Lake.

These have been the most rewarding because of a few things: they were great ideas and those ideas were well-received. The Vanishing Show rules because it’s something that extends far beyond my group of friends. It started out as a neighborhood thing and while it still is, five years later, I’m at the point where I only know twenty-five percent of the attendees.

The Grand Opening of Chili’s was so fun because the folks at Chili’s corporate found the event and were so excited about it. There was also a group of folks who took things to the next level and put on a show in the parking lot during the event. DTTL (Drain Tempe Town Lake) was its own animal and working with Troy & Riayn opened up a lot of doors for collaborating with other individuals. 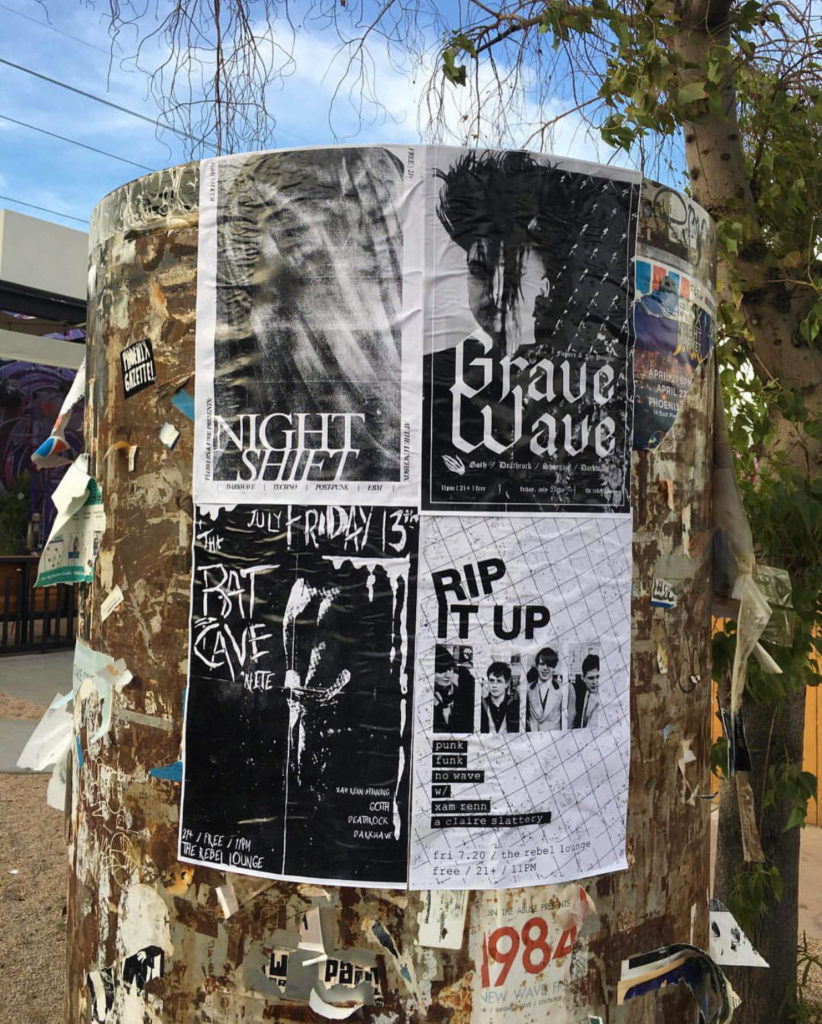 Has there been any notable mistakes you made while promoting an event on social media?

I don’t think I’ve made any notable mistakes, but I’ve helped others navigate some sticky issues.

Lesson: If you create a Facebook event and invite others to be admins, they can delete the event and Facebook won’t recover it no matter how many people have RSVPed.

What advice do you have for other creatives to improve their social media promotion game?

This sounds cheesy AF, but don’t take it too seriously and have fun with it. Try your best to be active, but don’t be overwhelming. A great piece of content can go a long way, but so can one sentence.

If you want to be in the know for A Claire Slattery’s next event, follow her on Instagram.