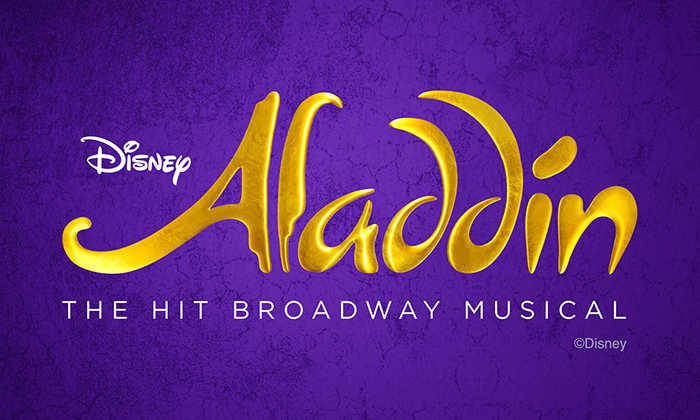 Disney knows how to do Broadway.

They’ve proven it again and again, arguably most successfully with The Lion King which began its run on the Great White Way in 1997 and is ranked amongst the longest running Broadway shows of all time. Beauty and the Beast, The Little Mermaid, and most recently Frozen. Disney has proven that animated films built on a foundation of magical and unhappenable-happenings can be adapted for the stage and brought to live audiences. Aladdin proves it yet again.

First and foremost, it is a lovely and charming show. Enjoyable and funny. Full of beautiful costumes, spectacular performances and joyous choreography. We’ll get to that… But most impactful of all, the moments most likely to incite an uncontrollable response of oohs and ahhs, are the unapologetically flashy and awesome technical components. This show has some of the most incredible effects on stage, and the Cave of Wonders is perhaps the most stunning set piece of all time. Beginning to end, the stage is draped in gold and glitter, spinning and popping with luminescence. Smoke and surgically-precise pyrotechnics. Thousands upon thousands of Swarovski crystals. And of course, a stunningly gorgeous magic carpet ride through the stars.

Disney shows are often introductory: someone’s very first grand production. For some, it’s as a young child attending with parents and grandparents. For others, the show calls to them as from a nostalgic place, a favorite childhood story, and they resolve to finally invest in tickets. So the audience is diverse and brimming with jubilation. Enchanted and grateful. It is truly lovely to witness.

Aladdin is about feeling trapped and seeking freedom. Trapped by poverty. By duty. By circumstance. It scratches the itch for the music from the film, while introducing new songs written for the staged production, including an ‘I Want’ song for Aladdin, “Proud of Your Boy”, that was written for the film but ultimately cut. It is slightly perplexing to introduce loving and “perfect” parents, one who just passed, into the story of a kid living on the streets and highly skilled at thievery due to a lifetime of practice. An assumed orphan now motivated by a desire to make his parents proud is a bit of a curve. But it is easy to move on from as the story continues to unfold.

Several other components are re-imagined from the original film. Iago is no longer a parrot, but Jafar’s parroting right hand man. Rather than a pet monkey, Aladdin has a band of thieving brothers. And most notably, the Genie is recognizable but completely fresh. He is not Robin Williams, thankfully, as those would be impossible shoes to fill. This Genie (Michael James Scott) is a joke-slinging, fourth wall-breaking, flamboyantly flashy and quippy, grin-inducing narrator. Scott brings the house down over and over again, taking time to encourage audience fervor. Scott is a an absolute star. Additionally, Clinton Greenspan stellarly delivers as the story’s central character. With a richness of voice and an understated swagger, he makes the beloved character his own.

As a relevant but slightly tangential side note for lovers of the franchise, Disney has yet another iteration of Aladdin coming soon. The new live action film, starring Will Smith, directed by Guy Ritchie, and with new lyrics by Pasek and Paul, is scheduled for a May release. Guy Ritchie is such a brilliant choice. He is a master of heist, using rapid cuts and dialogue to set a pace that encapsulates the immediacy of the genre. He knows how to tell the story of someone stealing for survival – it is what Ritchie is best at – and I am thrilled to see how he tells Aladdin’s compelling tale.

Aladdin is playing at ASU Gammage through February 17. Tickets are still available, especially for later in the run, and can be purchased from the ASU Gammage website.