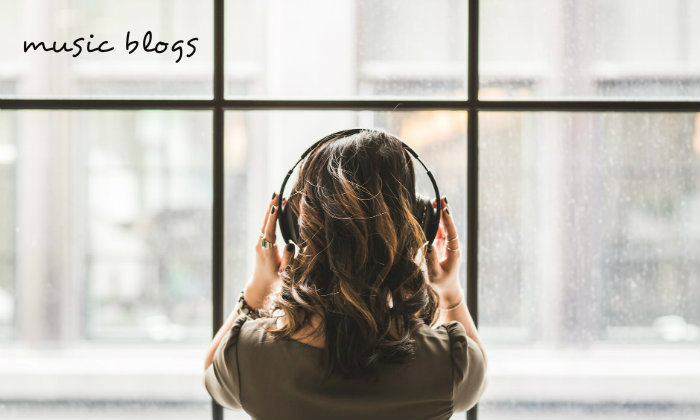 Here’s a compendium of the Music Blogs we featured in our publication throughout 2018. Make sure you follow us daily to stay apprised of more blogs for all you music-makers and music-lovers out there. We’ll keep digging so you don’t have to!

Maybe you’re looking to expand your band’s brand to new continents? Then check out Acid Stag from Australia. New singles, LP reviews, and Friday Mixtapes will have fresh tunes coming your way every single day. 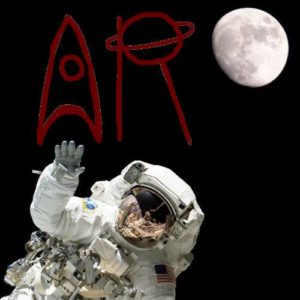 This L.A.-based music blog functions more like a ongoing curated playlist, bringing new singles and insights on those tracks regularly to readers. The songs are a mix of independent and mainstream artists, but Abduction Radiation does hold a special place in their hearts for underground bands. Maybe your band could score some AR love, but read the guidelines first (always). 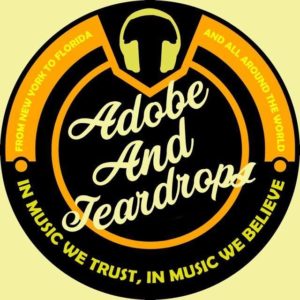 This “New York-based alt-country and Americana blog” is really a gem. In addition to regular music updates on new tracks and albums, Adobe & Teardrops also offers links to free and cheap music downloads for all you alt-country fans out there. Be warned before sending in your music, this blog doesn’t accept “racism, homophobia, transphobia, misogyny, or synths.”

This Kenyan-based music blog can connect you to new music or new fans or maybe even both. With regular music offerings in the form of new singles, music videos, and album reviews. 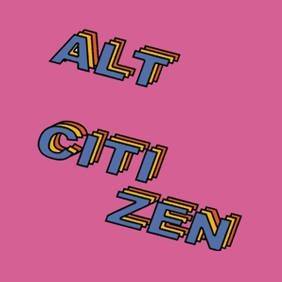 It doesn’t get much hipper than this Brooklyn-based alt-press outlet for music lovers and pop culture fiends. Interviews, playlists, film reviews, and a whole lot more for that inside line to what the cool kids think is cool. Maybe you’re band might make the cut. 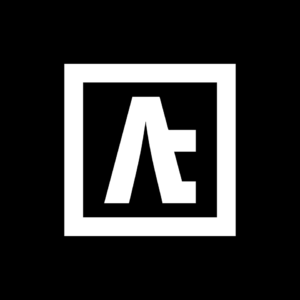 Analog Trash is way more than a music blog (but it’s that too). In addition to running a blog and radio show (sounds familiar), the crew at Analog Trash also serves as a “socially conscious, independent record label, management, promoter, blogger, internet radio and artist collective based in Manchester, England.” That’s quite the undertaking. And, as bloggers, Analog Trash keeps up a rigorous release schedule to help their readers stay up-to-date on hot, new singles from artists making waves – from their own camp and beyond. 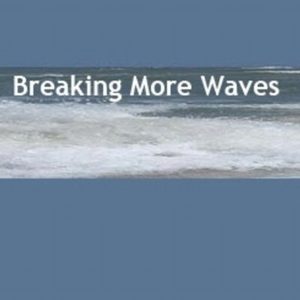 This Blogspot music blogger has been around for a solid decade without making to the independent link and that, to me, says something about its integrity. This UK-based publication isn’t trying to get fancy. They want to keep the focus where it should probably be kept: on the music and musicians. Breaking More Waves shares music videos, singles, and even concert reviews for those in the Portsmouth area. 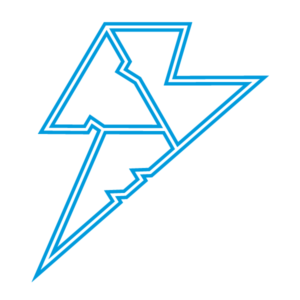 Brandon Bogajewicz, the L.A. blogger behind The Burning Ear, promises to bring you the best of the best in new music so you don’t have to hassle with any of the other blogs out there (like us). Not only does The Burning Ear offer an eclectic mix of spicy new tunes daily, but their affiliate program for record lovers called Vinyl Moon is a monthly membership I would certainly love to receive for my birthday this year (hint to family and friends). 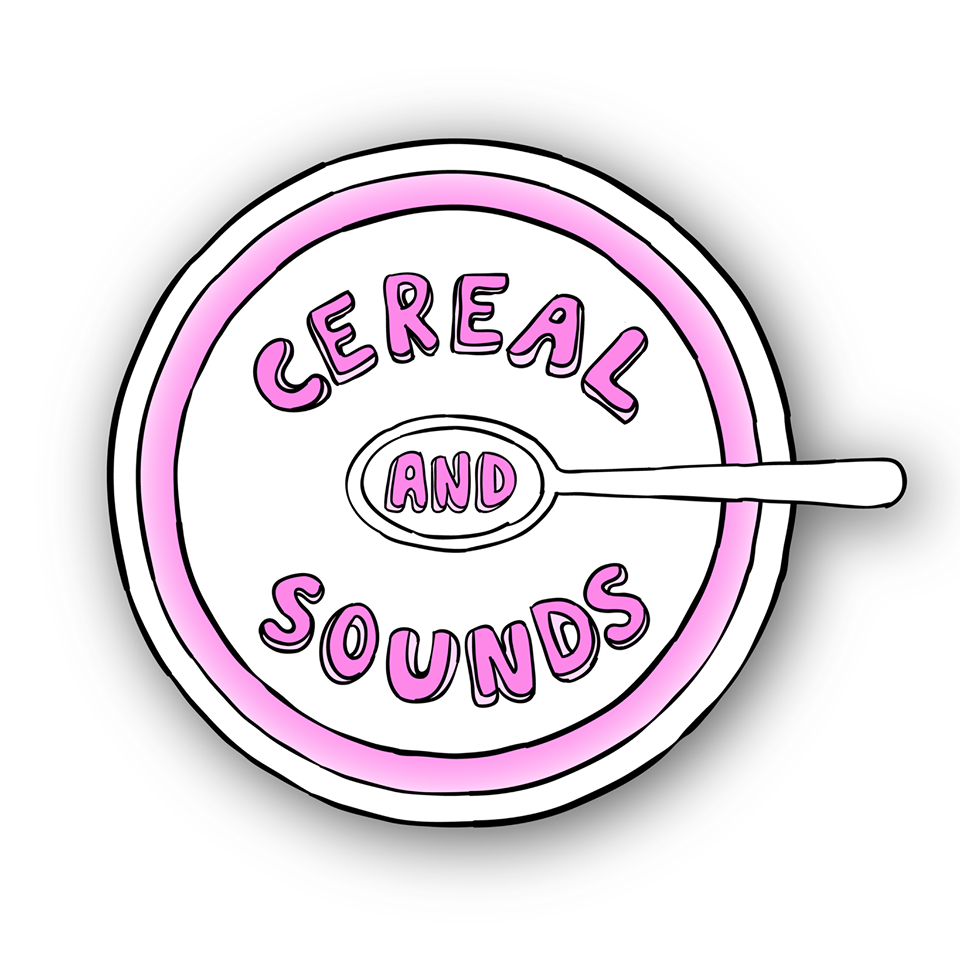 I love both cereal and music so, as far as I’m concerned, Cereal + Sounds really has a good thing going. They definitely have a cool-kid indie vibe. This Yonkers-based music blog also runs a label AND they accept direct submissions. Definitely check out this up-and-coming blog. 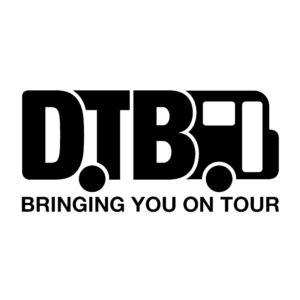 Uh… this blog is pretty cool. Digital Tour Bus takes readers “on tour” with bands with series like “Crazy Tour Stories” or “Bus Invaders” and a host of  additional regular features. This is an especially helpful spot for bands thinking about hitting the road, looking to promote a tour, or just interested in the in-and-outs of that #tourlife. Make sure Digital Tour Bus is on your radar.

For your ambient / electronica needs, I suggest looking to Disquiet which meets at the crux of sound, culture, and technology. Marc Weidenbaum has been running the San Francisco-based blog since 1996. How’s that for street cred? And, BTW, Weidenbaum contributed to 33 1/3’s series on Aphex Twin’s ambient works (yep). So, basically, make sure Disquiet is on your radar. 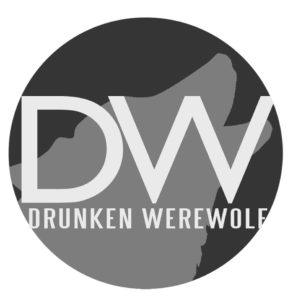 The British bloggers behind Drunken Werewolf are pretty pro… no matter what their name suggests. Here you’ll find music reviews, interviews, and an “Introducing” series that focus attention on emerging artists. Drunken Werewolf is looking for new musicians with an innovative edge. 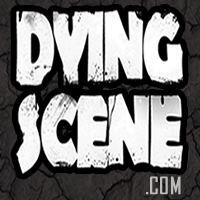 Everyone loves to say punk is dead, but it lives on forever. Part of that is thanks to steady-scene supporters like the (hopefully) ironically named Dying Scene. They bring you the latest in Punk Rawk news every day. Maybe if you’ve got the chops, they’ll toss some support to your band too. 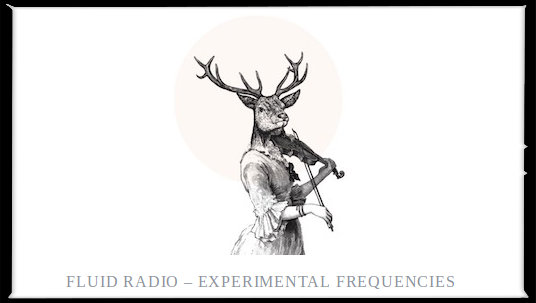 Fluid Radio is both a publication and a playlist that is an amalgamation of the interests of its creators, audience, and participating creatives.  At least, that’s what we can figure out. This UK radio is experimental not only in its content, but in its very structure. If you think your music is pushing boundaries and reshaping the aural landscape, you should check out Fluid Radio. 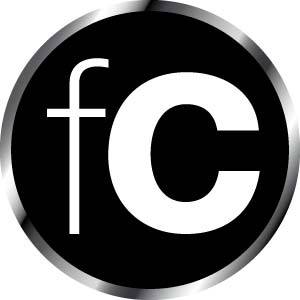 Fourculture builds upon four pillars of pop culture: music, literature, art, and fresh perspectives on societal issues. And, they accept direct submissions from artists and musicians. 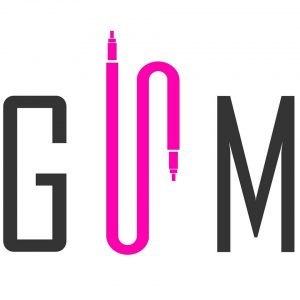 A group of rad, music-loving lady tigers runs this snappy music blog that regularly offers up new album reviews and interviews on up-and-coming artists. Annnd they do accept direct submissions by email. 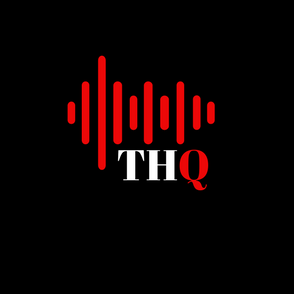 Hip Hop Headquarters (or TripleHQ) has amassed quite the following by going beyond mere music coverage into marketing, branding, and other PR issues that plague contemporary music-makers. That’s because MUSIC is a BUSINESS for anyone looking to go pro. TripleHQ offers guidance to musicians on the up-and-up. And, of course, they cover a lot of Hip Hop too. From mixtapes to music videos, Hip Hop Headquarters out of the ATL has it all. 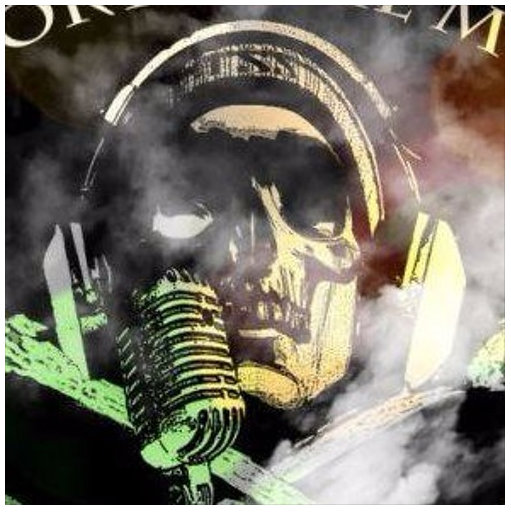 Okay, so Indie Music Nation isn’t a blog per se, but it’s a fan-directing force for new music on the indie scene with almost 15k followers on Youtube and they love to share with their fans. 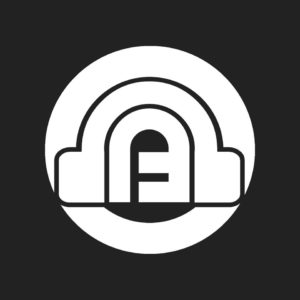 The crate-diggers behind Jackplug Blog can help keep you up to snuff on that underground electronica. The Netherlands-based bloggers bring fresh new music and some interesting reads for musicians, like pointers for legal Soundcloud mixes and interviews with other artists. 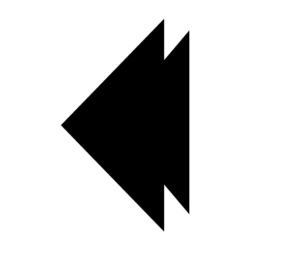 This international publication is available in both online and print formats and specializes in post-punk, shoegaze, indie rock, and other experimental offshoots from the norm. The print zine runs quarterly but you can find new online offerings on the reg. LBM also hosts a monthly music showcase out of NYC if you find yourself in the neighborhood. 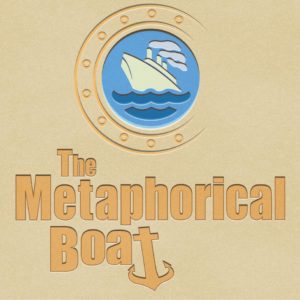 Christopher McBride is the podcaster and blogger from Belfast who has stood at the helm of The Metaphorical Boat since 2011. This music blog (and creative content provider) reflects McBride’s own explorations into the sonic world and the artists he encounters along the way, but he lists his all time favs as “Suede, The Cure, Teenage Fanclub, Eels, [and] Vampire Weekend” if that gives you any indication as to where his taste might sway.

Essays, reviews, even a Bandcamp Counselor to help you find some rad new albums. Basically, Nada Mucho has a lot to offer. Based in the Pacific Northwest, all you Southwest readers should scope what our friendly neighbors are up to, sonically speaking, and maybe send some examples of what the Sonoran has to offer. 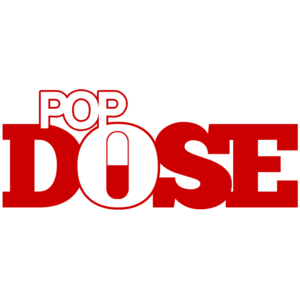 Popdose offers you just that: a healthy dose of pop culture. From film to music to unabashed consumerism and webcomics, Popdose has you covered. They offer the best (and worst) from the POP multiverse in regular installments so you can get your fix. 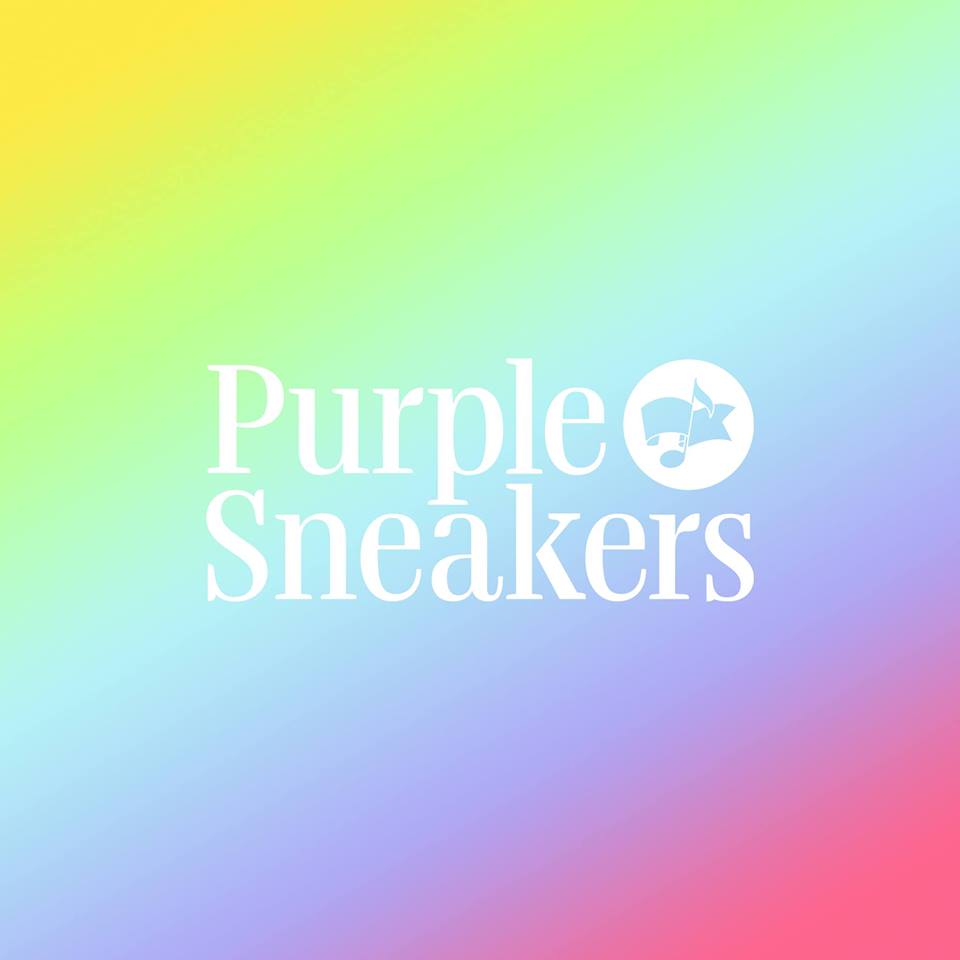 Purple Sneakers is one of the biggest music blogs Down Under. And, I don’t me south of the Rio Grande, I mean Australia. They’re interested in emerging club music from all over the world. If that’s up your alley, make sure you check them out! 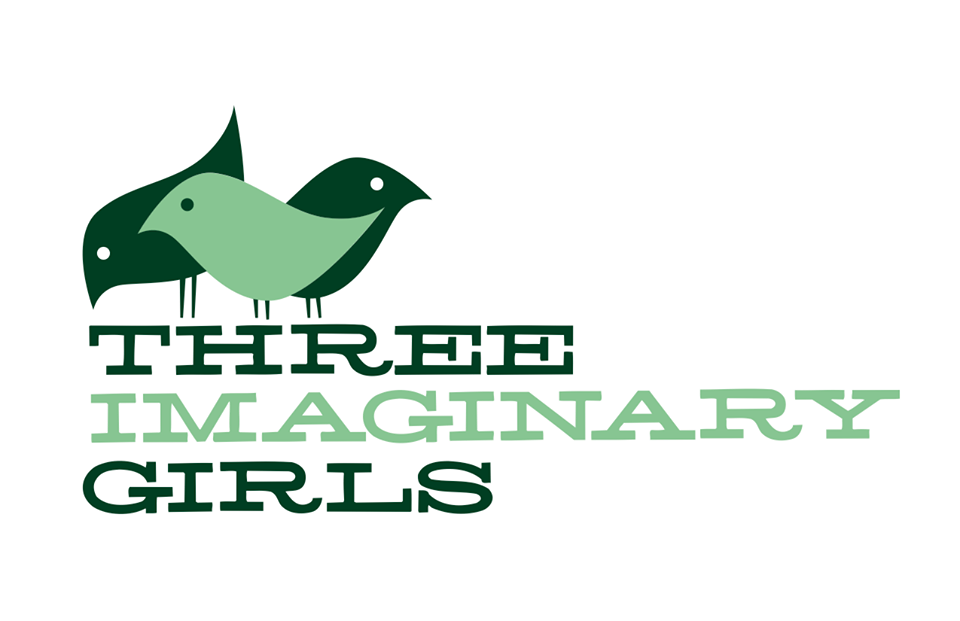 This homegrown Seattle music blog features music and events from the Northwest. While all you Southwest musicians might not make the regional cut, you should definitely see what new music these Imaginary Girls are dishing about. You just might find a new NW connect for your next tour that really meshes with your sound. 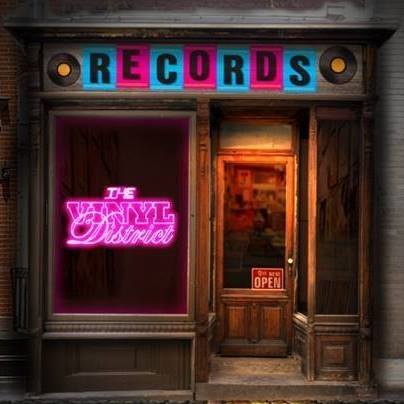 Record Store Day is rapidly approaching so make some plans to show your support for your favorite local vinyl dealer. This is The Vinyl District’s modus operandi every day. The D.C.-based blog started back in 2007 and became the official blog of Record Store Day the next year. TVD is committed to the vinyl cause. 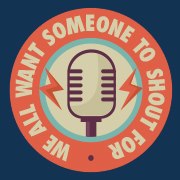 We All Want Someone To Shout For

This New York-based music blog was founded back in 2008 by Will Oliver who, ten years later, continues to provide the reviews for the site on the regular. That’s commitment. We All Want Someone To Shout For keeps a steady stream of concert reviews coming while interjecting new music reviews from acts you might want to start paying attention to. NYC is sorta a hot spot for new music (or so we’ve been told) and Will Oliver has the 411 on the 718 (and surrounding areas). 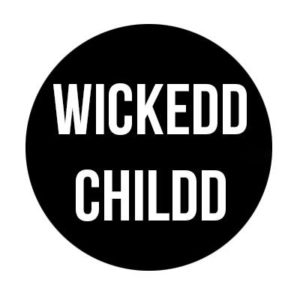 This Melbourne-based blog is under the command of two music loving lady tigers: Kristy Smolcic & Amy Smolcic. And, as a music-loving femme-tastic writer on the flipside of the globe, I think that’s pretty cool. From premieres to interviews with artists and more, Wickedd Childd hunt down wicked new music for their fans and followers. They have a special ‘Local Love’ section for those bands Down Under as well… just like we hold a special place in our hearts for all you desert-dwellers. 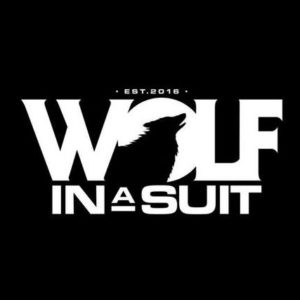 Wolf in a Suit

Wolf in a Suit loves new indie music and with a number of regular music mixes, including their Soundcloud Discoveries Series and Indie Mixtape, this blog brings a lot of attention to up-and-coming artists. Check ’em out and maybe see if one of your singles tickles their wolfish fancy…