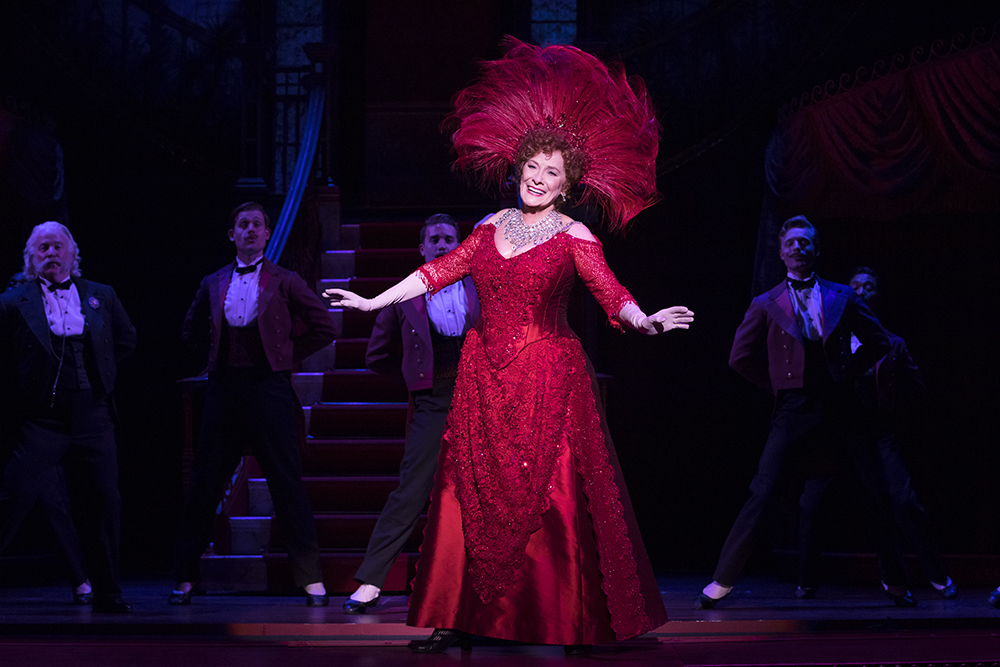 It’s the start of a new year. The brief reflective period when we pause, if only for a few moments, for an exercise in introspection. Contemplation of the year past. Ambitions for the months to come. Even if things are good, we imagine how they can be better. How we can be better. Yes, January is a wonderful, fleeting, hopeful month.

My new years reflection led to a recounting of the multitude of phenomenal theatre I experienced in 2018. Valley Youth Theatre’s astounding production of Newsies. Arizona Broadway Theatre’s practically perfect Mary Poppins. Phoenix Theatre’s powerful take on Fun Home. So many 5 out of 5 star shows. Our local theatre scene is thriving, perhaps more so than ever before, and I am honored to bear witness.

We are also abundantly lucky to have a local venue that brings some of the best of Broadway to us. ASU Gammage is at the forefront, securing the hottest national tours, often early in their runs, bringing surges in economic stimulus in addition to satiating the hunger of local Broadway diehards.

I cannot reflect on 2018 without recalling my very highest of highs. Difficult to believe but absolutely the case, amongst an abundance of ridiculously fabulous productions, I experienced my two favorite shows of all time, in one year, in the same venue. Quite an impressive track record. As near perfect bookends to 2018, ASU Gammage brought us Hamilton in January/February and Dear Evan Hansen in November/December.

Keeping the momentum going, ASU Gammage began 2019 with the newest Broadway revival of the classic Hello Dolly!, starting the powerhouse Betty Buckley as Dolly Levi. Hello Dolly! is perhaps one of the most tenacious musicals of our time, persisting for decades, having spawned multiple revivals and the multi-Academy Award-winning 1969 film starring Barbra Streisand. This revival opened in the Spring of 2017 with Bette Midler in the starring role, to critical acclaim and numerous award nominations and subsequent wins. It is a lovely production. Colorful, joyous, and appropriately all about Dolly.

The show follows Dolly Levi, a life-loving and charismatic widow, as she helps those around her find love and happiness. Along the way she convinces a half-millionaire curmudgeon, Horace Vandergelder (Lewis J. Stadlen), to marry her so she can use his money to help others and spread joy throughout Yonkers, New York. She is in mourning, having lost the love of her life, but her husband helped her become the best version of herself before he passed, and she capitalizes on his wealth of advice to change the world for the better.

In support of Buckley and Stadlen, Nic Rouleau as Cornelius Hack and Analisa Leaming as Irene Molloy deliver stand out performances. Both absolutely charming, with impeccable voices and palpable chemistry. Leaming is especially intoxicating during “It Only Takes a Moment” as Cornelius is professing his love, her silent observance is full of tangible adoration.

Warren Carlyle’s choreography is captivating, most notably in “The Waiters’ Gallop” and any time that Jess LeProtto (Barnaby Tucker) is in motion. And Santo Loquasto’s costumes are some of the loveliest I have ever seen on any stage, anywhere. He won the Best Costume Design Tony Award for this show, and it is wholly evident why.

This revival reintroduces a song that was cut from the show in the original out of town tryout. The addition of Horace’s origin story-esque song, “Penny In My Pocket”, fills a gap that did not previously exist. It is such an important component that I cannot image Hello Dolly! without it. Catchy, uplifting and insightful. It provides new depth to Horace, humanizing him and making him more perceivable as Dolly’s new life partner.

Overall, Hello Dolly! is a vibrantly grandiose revival. Bursting with star power, and brimming with humor. It serves as a reminder that approaching life with positivity and a desire to do good can yield wondrous and lovely outcomes.

Hello Dolly! played ASU Gammage January 8-13 before heading to California. It plays in Southern California until February 19, 2019 before heading north to San Francisco. Tickets can be purchased online through the Broadway League’s website.

This fabulous revival kicks off yet another year of must-see theatre at ASU Gammage. Disney’s Aladdin is next, opening on January 31 and playing through February 17. The Play That Goes Wrong, Wicked, Rent, Charlie and the Chocolate Factory, and The Book of Mormon give plenty to look forward to between now and this Summer. Tickets for all the upcoming shows can be purchased through ASU Gammage’s website.

As it comes to a close, I hope you enjoyed this incredible year of theatre as much as I did. Here’s to 2019!