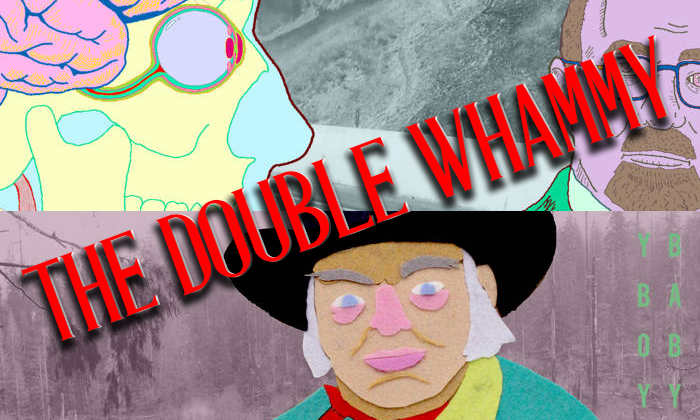 So, when Playboy Manbaby came up at the staff radio show the day after Xmas last year, we were all in agreement that yes, the band deserved an award for their auditory efforts this year. Then, when we moved on to which album stood out more for us, we were at an equal divide. Writer turned on writer, editor on editor, basically, the furies of hell broke loose.

That might be slightly hyperbolic. Basically, there were some disagreements as to which stood out MORE – April’s Lobotomobile or November’s Boundless Vanity. Basically, the band’s been busy in 2018*. And, when we revisited the two releases back to back, our indecision only grew. Both have a distinctively Playboy Manbaby feel, but both also feel distinctly different. The former more playful; the latter more aggressive, even angry. And, you know what, last year had me feeling the same fucking way.

Playboy Manbaby has a knack for capturing the youthful zeitgeist on each of their albums. So, I guess it shouldn’t really be a surprise that 2018 was a bit of a Double Whammy on the album front. There were a lot of feels last year: the optimistic blips, subtle beacons of hope and then the anger of unfamiliar proportions, disillusionment in abundance, and crushing fear for the future of humanity.

PBMB touches on all those points with irony and humor and maybe a little too much caffeine.