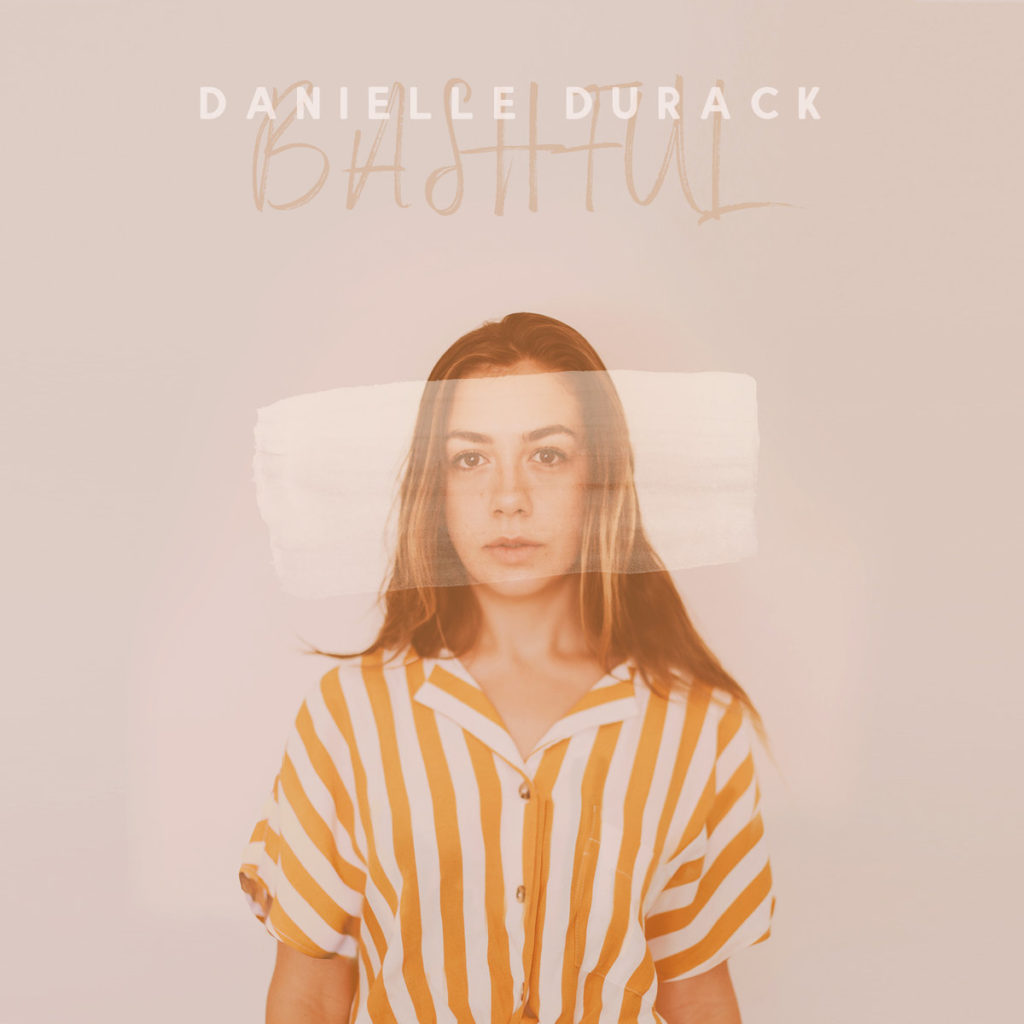 With this in mind I decided to sit down with Danielle Durack, who has accomplished the near-impossible task of being a singer-songwriter who has separated herself from the crowd…

Jacob: You’re the first solo artist I’ve ever interviewed for YabYum! So I’m curious, what are some of the challenges you face writing songs without collaboration?

Danielle:The biggest challenges I face when writing alone are, of course, my own limits. I’m only capable of playing what I can play, or having ideas that I can have, relying on myself for inspiration, etc. Sometimes I’ll have a sound in mind that I can’t achieve because my piano playing isn’t there yet, or my vocal range doesn’t allow for it, and on and on.

When you write alone, you only get to work with the tools in your own tool belt. Working with other people allows you to do things you can’t do alone, plain and simple…but I still prefer writing alone, at least until I have the bones of a song. It gives me the freedom to dive infinitely into my own creativity. I get to explore my ideas to their extremes and be completely vulnerable and raw and not have to refine my sound/lyrics. Also writing alone, I usually play to my strengths in the sense that I’m able to write songs that suit my voice and showcase my abilities.

Does your status as a solo artist change the way you work with producers?

I think it changed a lot working with one person versus 5 to determine the direction of each song. When I had the band write their own parts for Bonnie Rose [her 2017 album], the direction of each song was determined by adding up all of our individual sounds, influences and personal styles. It was easier, in a way, to let the person who plays the bass write a bass part that suits their abilities, and so on with each instrument, and let the song become whatever it wants to become.

Working with a producer, it came down to him and I making every single stylistic choice, which gave me more control, but control over things that weren’t at all in my realm of expertise. It was definitely hard for me to trust the end result was going to be something I liked. It’s nice working with a band and having several pairs of ears to bounce ideas off of and different perspectives to tap into, but I enjoyed the clarity and control of just working with a producer this time around.

A lot of your music seems to deal with themes of searching for direction or purpose. What parts of pursuing music as a career do you find disillusioning?

I’m not disillusioned with music at all, I think I am more disillusioned with the world at this point. Being an artist in a capitalist society is inherently challenging, but it’s never really scared me away from pursuing music as a career. I’m still not sure if it’s because I’m just stupid, or if my passion simply outweighs my desire for security. Perhaps both!

I could complain for days about the many injustices that seem to come with being an artist in our culture, how the arts are taken for granted, or how music and musicians are thought to be useless if not profitable, and how it’s “not about the music anymore” and, “music isn’t like it used to be,” and lots of other grumpy old man things. But it only really gets to me if I let it. At the end of the day, I’m doing what I love and there are people who are benefiting in some small way from my music, which is literally the coolest thing in the world, so I try my best not to complain.

To balance it out, what parts of pursuing music as a career are better than you imagined when you were a kid?

This is such a great question. I guess never imagined I’d make so many friends. When I was a kid I was looking up to artists, and now I still look up to artists, but I get to play shows with them, and hang out with them, and call them my friends. I feel so lucky to be a musician in Phoenix at this moment in time. I think there is so much raw talent, good energy and so many good people saturated in our city right now, I just feel so incredibly lucky to be a part of it.

When I was a kid I looked at the music industry as this glamorous but kind of sterile dreamland. I guess on some level I saw it as a lonely career path, but now living it, meeting friends, writing music, being a part of a community is so much more fulfilling and frankly so much cooler than I ever imagined it would be.

You recorded your last album, Bonnie Rose, at a cabin in Northern Arizona with many of your close friends. Your upcoming EP, Bashful, was recorded with one producer at a couple locations. What was it like going from a really intimate, collaborative approach to recording to a more piece-meal, professional one?

Both experiences were really great but completely different. As you said, recording Bonnie Rose was super casual. The producer, Nick Tantillo, 5 of the best musicians I know, and myself rented a cabin up in Munds Park and basically just had a musical vacation. I brought my dog, we woke up late everyday, there were windows, it almost felt like a retreat. I always find things to be stressed about, but in general it was really laid back.

For Bashful, things were much more efficient and time was utilized differently. A lot of the recording of Bashful was me and the producer, Samuel Rosson, in a windowless room drinking an obscene amount of coffee and trying to remember to eat and drink water and go outside. My brother, Matt Durack, was there for a couple days tracking guitar, and Christian Rich came for a night to track drums for “Last Summer” and “Hold My Heart,” but other than that, it was just us two losing our minds. It was just as fun, but so much more focused. All the energy came from the music itself and not from having a house full of people.

I can’t say one experience was better than the other, but I definitely learned a lot the first time around which improved the recording experience for Bashful. I am definitely a Type A kind of gal, so the more organized, methodical, professional recording setting helped keep my neurosis at bay, but it nowhere matched the energy of recording Bonnie Rose. Both were unforgettable experiences, just different.

Since we’ve entered the new year, do you have any musical resolutions for 2019?

I want to have more fun and I want to bring the pure joy that made me want to be a musician back into my writing, recording, and live shows. I want to be a little more fearless and try to experiment more with my sound. To keep trying my absolute best, but enjoy the process a little more.

Check out Danielle’s new record, Bashful, on Spotify or other streaming sites!