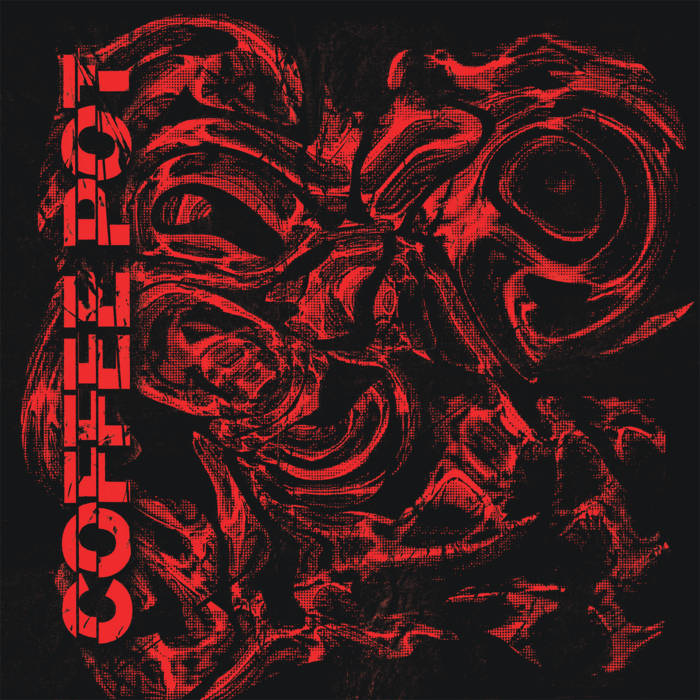 What and who the hell is Coffee Pot?

For the past few months, I’ve closely followed a musician’s Twitter handle of unknown origins, like Rumpelstiltskin approaching me with a weary bargain, a strange-yet-endearing EP under the title of Anthrophobia ended up getting shoved into the back of my inbox until I felt fully in control of my rapidly-decaying cognitive abilities. Containing the Latin prefix “anthro”, meaning human, how could I resist a short five-track romp with the theme of “human phobia?” I hate humans, and you should too!

But I digress, a short briefing by band member B Bohannon quickly led me into the meticulous, recently synth-driven material:

“In 2015, we set out to make music that could easily be performed well live and it took a turn towards a psychedelic, punk direction. There were minimal synths used on the recordings and they would always consist of traditional rock n roll instrumentation,” explained Bohannon.

“On this release we had the opportunity to use a lot of different synthesizers, organs, drum machines, and tape loops; however we began this process under the impression we would likely never play these live due to the nature of being a bi-costal group.”

The opening bars of the first track, “Alkaline”, quickly jump off from traditional percussion to a college marching band on acid. The synth heavy production mentioned above makes its presence known without much hesitation, until the lead vocals fade into poppy New Wave elements. As the production scales from a bombastically brassy synth number to a feathery-yet-harsh melody based around jazzy composition elements, Coffee Pot doesn’t want you to get too comfortable and quickly deposits all of the above elements masterfully into a noise blender. As if they planned to pen the musical called My Own Disappointment with My Life by Logan, the frantic jazz fading into the light, ambient noise signified the death of the first track.

“Working on this release has been the most methodical process we have undertaken, and the actual live tracking of instruments were done over the course of four days in Phoenix this time last year,” B Bohannon continued.

“From there, most of the work on the release was done in Brooklyn — Conner [Chase] hosted me out there for two weeks in July to overdub [additional synths + vocals] and mix.”

“Gemini” begins with a quick 8-bit descent into a grungy electric guitar. Going back to their rock roots with a banging alt-rock melody, the sleepy, methadone delivery of the vocals pair nicely with the instrumental distortion. While it is initially more catchy than “Alkaline,” the second track contains more eastern disco influences in the backbeat, quickly leading into “Corridor Metaphor”. The half-way point of the EP doubles down on the New Wave elements with an addictive synth riff interrupting the HAM radio aesthetic.

“I would describe our genre as being equal parts new wave and kraut rock — a frankenstein proto-pop-kraut-wave-disco,” states B Bohannon.

The fourth and title track represents the closest you’ll get to a Coffee Pot power ballad; while the kraut influences aren’t as strong as the tracks above, the track is a comparatively gentle stroll through Central Park, circa 1999, on all those easy-to-get opioids. Weighing in at a hefty five minutes, “Anthrophobia” devolves into 8-bit nuclear splendor after a short drum cadence.

The Anthrophobia EP closes out with “Liberty Fabrics,” a dip into strange percussion and organic production, with a mantric vocal guiding the outro of the pandemonium you’ve probably experienced.

“This EP explores notions of personal growth, strength in numbers, the fear of a society and it’s actors actively oppressing marginalized individuals, and a look past the bleak hell-scape we currently occupy,” finalized B Bohannon of Coffee Pot.

Half of me wants to ask, “what the hell was that?”, while the other half was pleased I bought the ticket and took the ride. At its core, Anthrophobia is a sadistic exercise in combining the non-combinable in to logical patterns, only to infuriate the status quo of music and culture. As soon as you get comfy with one riff, another blaring, out of place instrument both pleasantly surprises and terrifies. The composition of this EP was engineered to make you squirm, and if it doesn’t, ask for your money back.

Coffee pot is here, queer, and ready to make you fear.