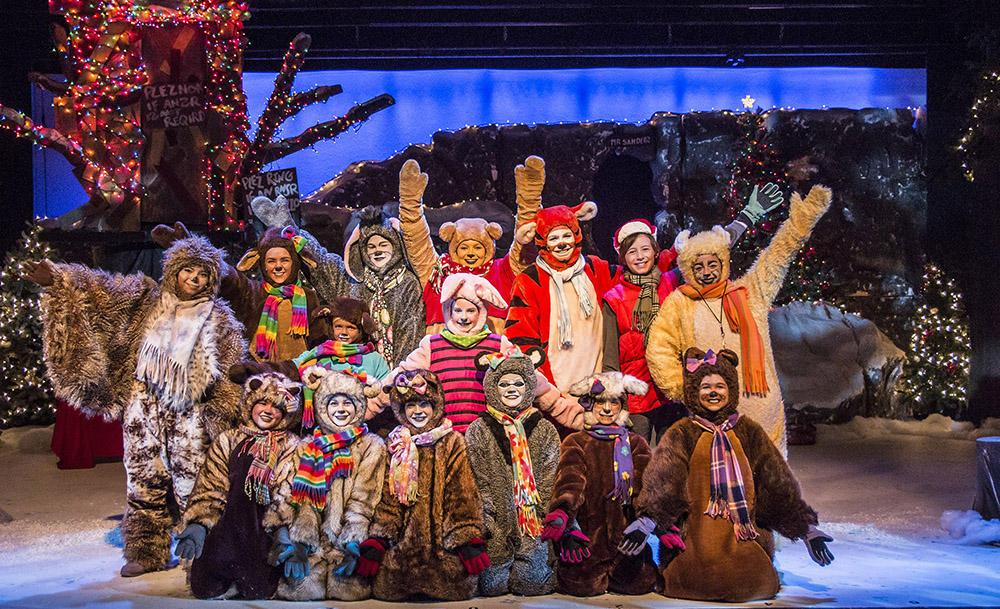 Much of theatre is about moments. Moments that touch us and stay with us. Sometimes it’s an impactful scene, a performance so good it lingers, a note so arresting it haunts. And sometimes it’s the moment when when a young person in our life gets bitten by the theatre bug, as we once did, and we know there is no going back.

Opening night at A Winnie-the-Pooh Christmas Tail was one of those oh-so-special moments. My young nephew and niece, their eyes wide, both proclaimed, “That was so awesome!” And they were absolutely right. It is a wildly impressive show. Full of humor, positive themes, and some of the most talented young performers in our community.

The VYT model makes theatre accessible to everyone, including the performers. Kids do not have to financially invest in the production to be a part of it. This means that the casting is based purely on merit, and it is certainly obvious in the outcomes. The performances are quite spectacular. Especially considering the ages of those on stage, ranging from only 7-17. While the entire cast packs a punch, there are several performances that will likely cause you to do a double-take in your playbill.

Prescott Smidt embodies the loving and cheery disposition of Christopher Robin, while adding a quirky physicality that makes an already endearing character even more so. Brooke Nielsen (Owl) has a sensational voice that positions her well for a career on Broadway. Vivian Paige Nichols is an absolutely perfect little Piglet: adorable and charismatic, a natural star with acting chops well beyond her years.

Oriana Valcamp is playing Pooh for the second year in a row, and it’s wholly evident why. She is simply superb as the much-loved character. Warm, funny and oh-so-huggable. And Samantha Stinnett is is extraordinarily exceptional as Eeyore. Speaking in a deep and plangent tone that absolutely defies the fact that Stinnett is an 11 year old girl. It is no wonder that it was the role played by Academy Award winner Emma Stone when she was of similar age and active at VYT. 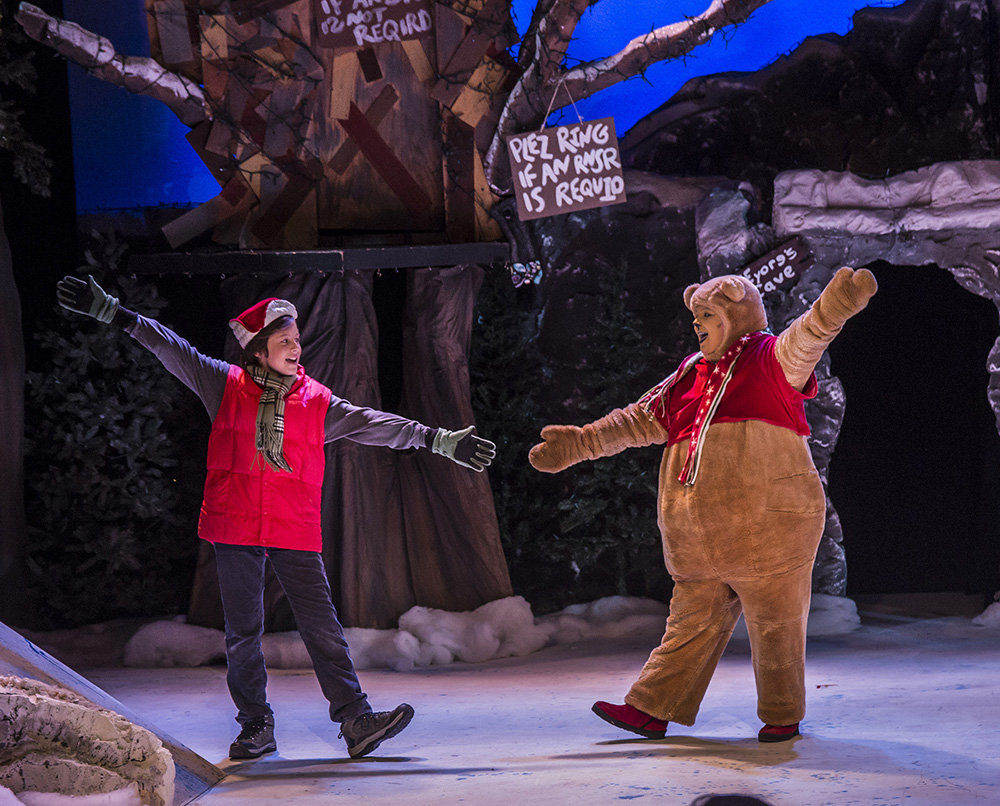 This is Valley Youth Theatre’s 30th Anniversary Season, and its 23rd year presenting this show to ring in the holiday season. So it is a well-oiled machine. The staging is a charming depiction of the Hundred Acre Woods, with a little extra magic thrown in at the end. The costumes and makeup are all spot-on, making the characters easily recognizable and totally loveable. The choreography is simple, but appropriate and sufficiently heart-warming. It is, altogether, a lovely and charming show. Valley Youth Theatre proving yet again that a cast of incredibly talented kids under thoughtful direction can deliver a high-caliber professional production.

Every time I experience a show at VYT I am inspired. By the young talent I anticipate as an “I saw them when…” likelihood in the future. By the VYT model that provides an opportunity for every child, no matter their socio-economic status, to be an active participant in our local arts community. And by how simply great the shows are. Not on a ‘children’s-theatre’ scale, but on a scale that takes into account our entire arts community at large.

My 8-year-old niece who (I am abashed to say) had never seen a live show before, and had no theatre inclinations going in, is proclaiming to all that she will audition for the role of Piglet for next year’s production. VYT is expanding the future of theatre artists and fans by making a profound impact on children in our community, and I could not be more proud that the impact of this show made a new theatre kid of one of the most special kiddos in my life.

A Winnie-the-Pooh Christmas Tail is playing through December 23rd at Valley Youth Theatre’s venue on 1st Street in downtown Phoenix. Tickets are only $20, and the kiddos get the best seats in the house. I encourage you to go see this show with the little ones you love most. It will be impactful to the young and not-so-young alike.