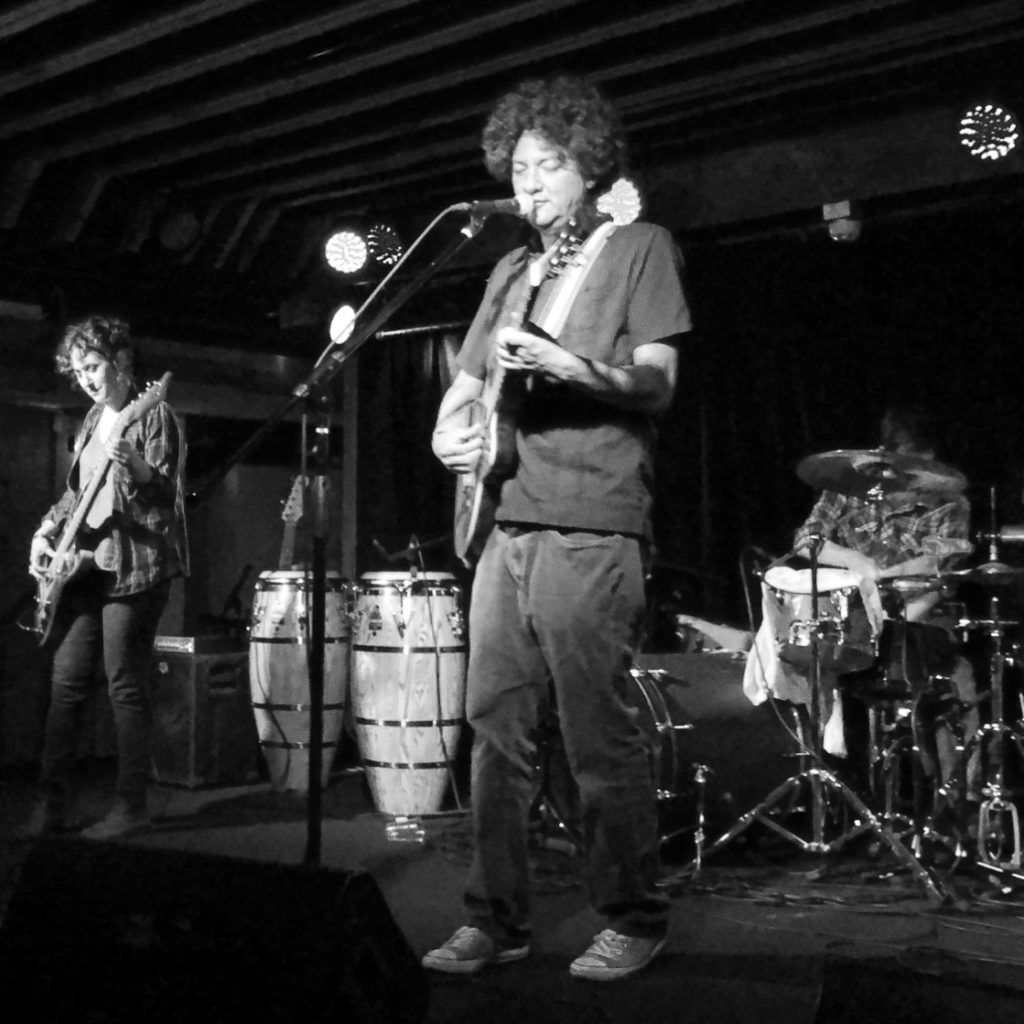 “Social Savvy” is a new column where we interview creatives in our community to talk about the impact and challenges of navigating through this crazy world of social media as well as how social media has affected in promoting their craft.

If you are a resident of Arizona, you might be familiar with Mike Montoya as the founding member of Fatigo, a band that is comprised of various members of the music scenes across AZ. Montoya is an aficionado of a myriad of music types, ranging from marichi to rock which he combines into Fatigo. He has lived cities throughout Arizona, such as Phoenix and Bisbee. Now he currently resides in Alamogordo, New Mexico where he spends his time writing music, touring and making T-shirts.

I spoke with Montoya over the phone on a break between recording an upcoming album with Montoya Clan (a band comprised of his family members), in which we delve into why human-to-human communication in the new world of social media is becoming obsolete and how to revive it, the difference in promoting with social media between small towns and large cities, and why MySpace truly is “A Place For Friends.”

Allyson Bills: For those kids who are too young, what was life like promoting your band before social media?

Mike Montoya: I think things were slower. I guess it was more about paper flyers, gluing stuff together. I think back then, putting up flyers was a big deal. Nowadays, it doesn’t seems like like a big deal. [Now] I think so much weight is given to Facebook and all that stuff. I think people paid more attention to that stuff [flyers], [but] maybe that’s the perception.

So I like I feel like putting up posters and stuff like that — street team stuff, giving out CDs — is not like a thing anymore. Back before when the Internet was so powerful, we would stand outside of concerts and give out CDs. I have this weird feeling that things are going to come full-circle in that people are going to want something special like a cool flyer or a special CD. People are getting tired of the temporariness, impermanence of the Internet.

When did you join the social media bandwagon and how was the adjustment to this change?

I guess back when MySpace came around, I kind of started learning about posting pictures.  Actually, my first band Travolta, is still online and I’m embarrassed to show you [the website] because it’s awful. Even for 1997, it’s even awful. So I guess that was the first one where we had a blog. Then I guess MySpace made me really get into it because they had a player and a template where you can put your dates in and all that stuff. So MySpace was probably the main one. I like Facebook, but it’s not really made for bands.

How do you believe that Facebook could be more band-friendly?

Well, if they had a template to put your shows, like MySpace had, and an actual player. That would be cool. I like how you could look back on MySpace and it kept a list of your shows so you could look back and say, ‘oh look, I played like a hundred shows this year.’ And people are always asking me, where is your list of shows? It’s easier back when we had MySpace. I sound old.

It would change because I had some friends who would want me to put them in my Top 8 to promote their band. So it would always change.

Did you put much weight into your Top 8?

Sort of, not really. I thought it was kind of funny, actually.

How did your relationship with your fans change since you started promoting your music on social media?

What do you think are the challenges of promoting on social media?

I think there’s so much out there. You’ve got to figure out ways to be original or just figure out ways to stick. Man, I love [Tucson-based artist] Naim Amor lately. He’s playing these shows and makes these paper stop-motion ads [lasting] not even a minute long, but he totally grabbed my attention. Like, ‘oh my gosh, this is so cool.’ Something like that is so cool and sticks out.

You are about to release a new single called “She Tags Along.” With that being said, you find it easier to promote singles or entire albums in the new era of social media and why?

Well, I really like [both], releasing an album and a releasing a single are also the same thing. People’s attention span is the same amount for each of those things. [However] I feel like you can release a single and it’s easier to digest [because] I think people have shorter attention spans now. I think it’s going back to the 1950s and the 45’s. It’s almost like the same concept.

Do you have any good Internet troll stories?

There was one on The Shizz, it was a chatroom, a pretty important part of the Phoenix music scene in downtown and Hollywood Alley. Some guy was saying, ‘I’m looking for musicians who are into The Beatles, Flaming Lips, etc.’ I said ‘what crappy influences,’ but I was totally being sarcastic in a friendly way because those are the best bands in the world. Then I didn’t go on The Shizz for, like, a couple weeks. I guess it started this big fight that I didn’t know. It was total back-and-forth. I was just kidding and wasn’t trying to hurt his feelings. He took it the wrong way. That was a good lesson I learned.

Since you have lived and performed in towns of various sizes, how is it different for promoting your shows through social media within the sizes of the city that you are living in?

But within bigger cities, you think social media is a little more effective?

Do you think older people can relate to Instagram better for promotion because it’s just pictures?

Yeah, I think it’s just more-to-the-point. It looks like Instagram does not encourage discussion that much because they print so small, which is great. I love that because it’s to-the-point, whatever picture you put up. I think everyone probably responds to it, it’s just simple.

How does the algorithm affect your promoting?

I don’t really know… I have no idea. Yeah, I’m sorry.  I’m probably just displaying my ignorance right now. I guess it’s working out, I don’t know. I just try to promote as much as I can. When I make these flyers, I try to make interesting images. Even if they aren’t the most professional thing, at least it’s interesting. Would you rather look at a cool punk rock flyer than the most-polished Scottsdale-type flyer? I just try to approach [social media promoting] that way.

Since you have been back in New Mexico, how has it been promoting with your social media or does everyone know you?

I’m in Alamogordo. It’s kind of like a sleepy little town, like Sierra Vista. I guess I need the social media promotion now because if I’m going to Bisbee to play a show, I’m really using it to let people know that I’m coming. You know it’s funny in Bisbee, the first social media is walking down the street and talking to people, it’s so effective on the day of the show.

Do you agree that social media takes away some of that human interaction?

Definitely. I think you hit the nail on the head. I think it’s kind of time to start balancing social media out with real things such as a postcard. Or even a phone call-going down the list of your friends, calling them, ‘hey I’m playing at this place.’ What a surprise that would be if you got a phone call from a band. I used to do it when I first started playing Fatigo. I would go out and do these solo shows and call my friends saying ‘hey, I’m going to play out tonight at Hollywood Alley.’ It got some people out. It was around 2000, so it wasn’t that weird to get a phone call. I started using Voxer a few years ago. It’s like walkie talkie feature. It’s great because we are back to talking to people again. You can leave these voice memos. It’s more personal. I don’t like texting that much.