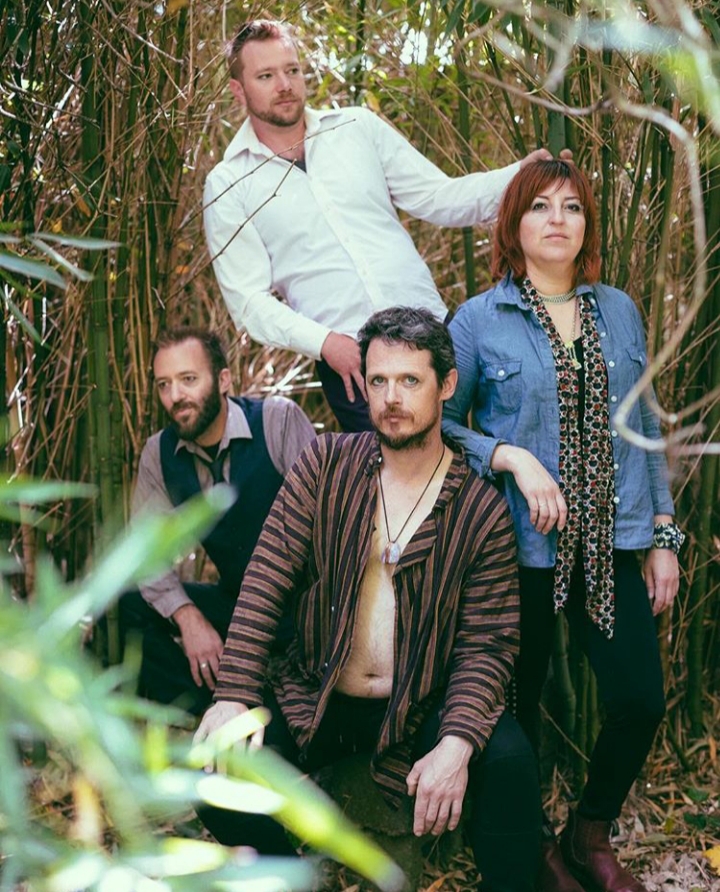 In 2010 he painted a mural for DC staple Comet Ping Pong Pizza, which in 2016 became the centerpoint of a debunked conspiracy involving the Hillary Clinton campaign and a human trafficking ring. Arrington’s art for Comet Ping Pong was seen as a “clue” which somehow affirmed the validity of the insane theory, and as a result he spent months being threatened by far-right Trump supporters and Neo-Nazis. The trolls even went far enough as to track down information about his parents and friends. But Arrington stayed committed to his art when he could’ve gone into hiding, even touring in early 2017 under the moniker “This Saxophone Kills Fascists”.

Fast-forward to the present, midway through the first presidential term of the hatemonger worshipped by Arrington’s tormentors. In a time when the physical plane has become such a nightmare for so many, it makes sense for artists to turn more of their focus onto mythological dreamworlds, rebelling by working to create an esoteric alternative to the bombardment of bullshit.

Thus the resurrection of Old Time Relijun after a dormant decade feels less like a typical band reunion and more like the reappearance of superheroes. It is an event that needs to happen if our society is to have any hope, for it represents the fortitude of those who have faced the torment of evildoers and have emerged as powerful and righteous as ever.

With their new release See Now and Know, they’ve lost none of the brilliance of their past work. The audio idiosyncrasies are a middle finger in the faces of the crooners of complacency. The squealing saxophone, clean-yet-discordant guitar work and boisterous throat-singing shows off a love of Captain Beefheart’s Trout Mask Replica, and Germaine Baca’s exceptionally danceable drumming adds elements of a demonic disco.

The album is the soundtrack to an adventure in a mythical forest full of fire-breathing animals, ruled by a spellcaster who declares themself “the queen and king of magical thinking” (on the song “Crows in a Row”), who empowers us with such sentiments as “We gotta stay bold” (“I Know I’m Alive) and “Don’t turn away from the people around you/ I only want love to surround you/ It’s not too late for you, it’s not too late for me” (“In This World”).

See Now and Know is not just a fantastic album, it’s a guidebook for creating a better world.

For more info on Old Time Relijun, check them out on Bandcamp and Facebook. 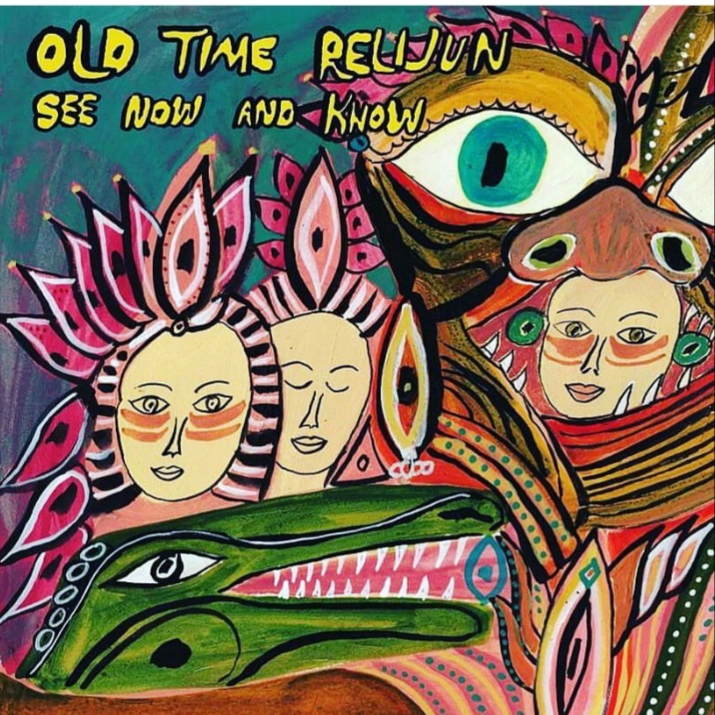