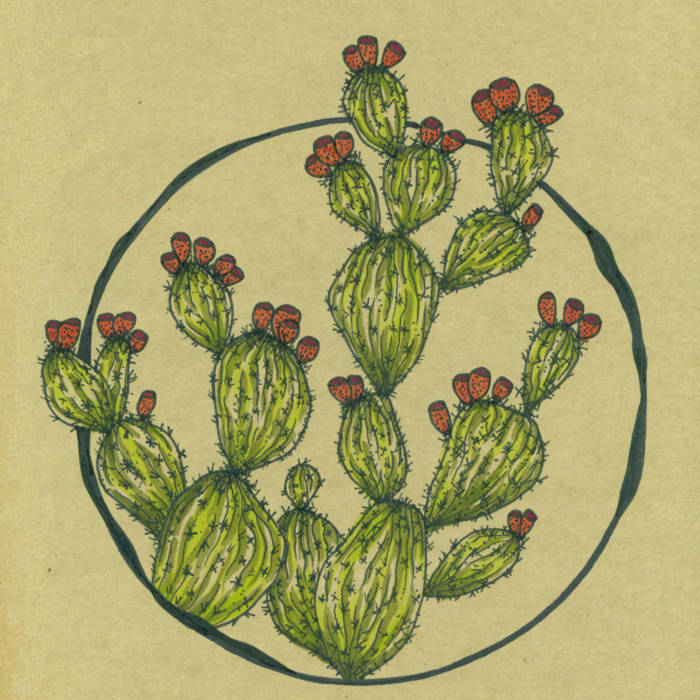 When I last caught up with Josué Kinter, it was under more awkward pretenses as I covered the slightly bombastic Endless Bummer 3, hosted by Bloody Basin. In the review, I not only mischaracterized certain roles within the band, but there were moments when my mind was overwhelmed with condensing absolutely everything I saw. Since his band Hex Wave happened to be second-to-last on the lineup, I’m sure there was some degree of disconnect in my mind after spending a considerable amount of time in the late summer heat.

After that encounter with Kinter, I was personally and professionally embarrassed: it’s my damned job in that respect, to capture an accurate moment through the pen. Due to Endless Bummer 3 being the “last” official performance by Hex Wave as a full unit, I kept a close eye on his social media waiting until the day I would encounter a new EP titled Summertime Demos. While it’s only a precursor of what’s to come with his future releases, I found it important to not only document the solo-adventures of Phoenix celebrities, but make it up to Kinter in the form of (what I hope) I do best.

I was initially curious on his artistic contributions to the Phoenix arts’ scene via his behind-the-set work: “Bloody Basin is my current booking/organizing project, [while] Casa Butthole was my original project,” says Josué, “the goal was to mix genres, mix crowds, and represent the diversity of Phoenix’s underground scene. It was basically a reaction to all white dude indie rock I was tired of seeing on lineups,” lamented Kinter.

“I started two annual big shows through CBRC [Casa Butthole Record Collective] – Punk Rock Prom and Endless Bummer. I also hosted a fun house show series that lasted about a year called Casa Kickbacks. In the end, I felt the project was taken over and misrepresented by a few bad apples, so, I decided to call it quits and start something new,” further explained Kinter.

“I’m still trying to figure out what I wanna’ accomplish with Bloody Basin, but one thing I’m hoping to do is some sort of regular show [series] at Trunk Space that features a few local bands and a few weird non-musical acts [like] comedy, circus stuff, puppets, whatever — basically a sort of fucked up vaudevillian hoedown that hearkens back to the early days of Trunk Space and the Grand Ave weirdness that inspired me as a youngster.”

“My previous bands were Rum Drinker, which had a sort of surf punk sound and Hex Wave, a doomy deathrock band. I sang, played guitar, and wrote the songs in both bands; I also have a comedic solo side-project called Saint Dad [which has] an album coming out on Related Records in the near future.”

“Rum Drinker and Hex Wave were both really fun bands, but I would say the songwriting was maybe insincere and a little trite,” explained Kinter on the differences between this new release and his former work.

“I was really hung up on trying to project a certain image & sound with these bands. Lyrically, the songs were simple and about weird fantasy/horror situations; some of the songs in this new solo project are very old, but for a long time I was really shy about playing any of my material that was more vulnerable and heartfelt,” Kinter continued.

From the Midwest sleepy-folk sounds found on the intro-track, “Bad Men Sleep Well,” Kinter’s solo work displays a strong divergence from what I would consider his “party punk” of the past. While I could certainly find depth within the Hex Wave catalog, their live performance showed a cynical, fun face to the crowd compared to the devilish country-tinged production of the Summertime Demos. Surprisingly enough, while they are indeed titled “demos,” the compositions and desert stylings show much intention and pride in his work. The second track called “Three Thousand Miles” confirms the “bandit country” introductions found on the almost-three-minute intro track, and doubles up on the organic Arizonan production for a four minute romp.

“I’ve had a lifelong love of country music and folk and most of these songs are in that vein. When you talk to a lot of people about country, they’re like ‘Eww, like Toby Keith or Luke Bryan?’ Most people aren’t familiar with greats like Townes Van Zandt, Blaze Foley, or Marty Robbins,” expressed Kinter.

I was not only interested in the Josué Kinter mythos, but the various collaborating faces dotted throughout this short sample of what’s to come:

“About a year ago, I started dating Amy; she would hear me playing a lot of these songs and began pushing me to take them more seriously and get them out there. So, I started recording the demos and making plans to put out a solo record,” explained Kinter on his relationship between him and the album art creator, Amy Austin.

“I’ve known Chris del Favero for a few years,” continued Kinter. “We started working together at the MIM and he got me my current job at the Press Coffee Factory after I quit Slope Records.”

The backup vocals contributed by del Favero shine especially bright on this EP, adding an extra layer under the gruff, no-bullshit delivery of Kinter’s lead vocals. The slick guitar riff intro and the brighter tones Kinter offers on “Greyhound” channels Randy Newman after slamming a few cheap whiskey shots: you’re getting all the eloquent and poetric singer-songwriter qualities without the Toy Story.

“Recently I’ve brought in Max Martin and Matt Oliviero; both of them played with me in Rum Drinker and Hex Wave. The full band is fusing some of the darker sounds from Hex Wave with country western vibe we have [while] creating something really unique,” said Josué.

“The plan is to finish and release this first album which I’m calling Dreamy Draw. From there, I already have another [album’s worth] of darker, weirder material ready to record with the full band. That one is called Nightblooming. The goal is to release both of them in the coming year, hit the ground running, and tour.”

The melancholy, jazz-fusion number (and George Gershwin cover) “Summertime” rounds out this promising small collection with Alan Acosta playing his best on the sultry saxophone. While Arizonans have yet to hear further from Josué Kinter’s solo efforts, the Summertime Demos are a surprisingly fine-tuned set of tracks that will delight Midwest natives with its modern fusion of “bandit country,” folk, and utmost sincerity.

If you partied with Hex Wave, it’s time to double-down and have a good cry to the Summertime Demos.