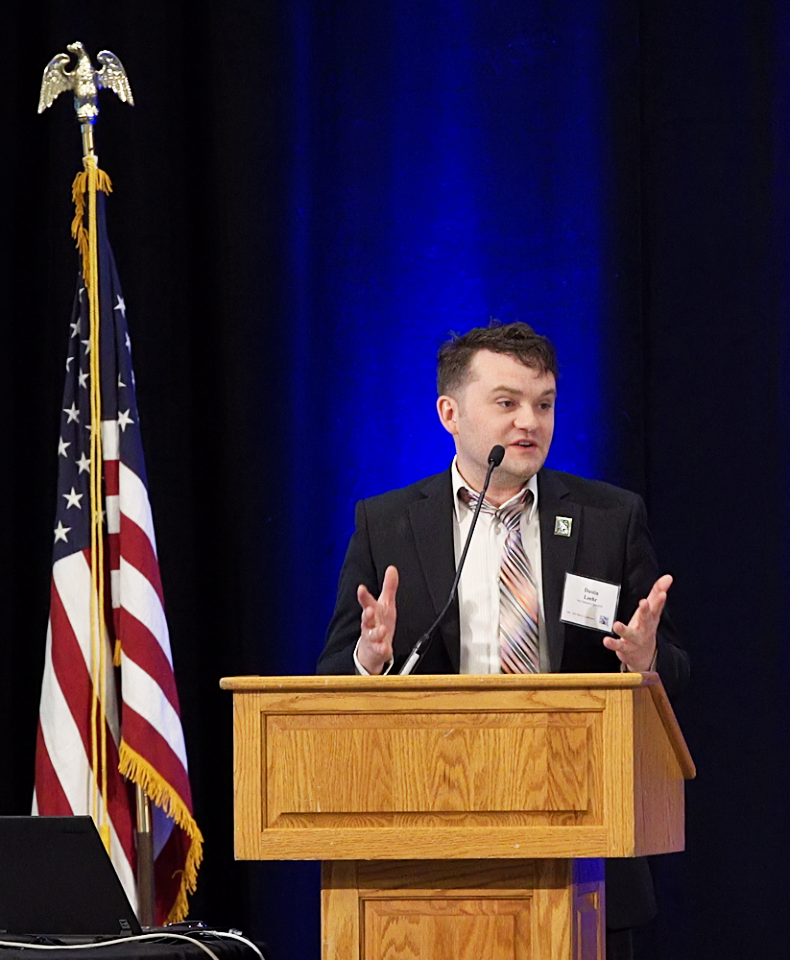 One of the people tasked with untangling this paradox is Dustin Loehr. Loehr is the Director of Arts Education and Title IV-A for the Arizona Department of Education. It’s a long title, but in essence Loehr is in charge of identifying the obstacles arts programs face in Arizona, and then assisting and empowering arts educators to help them secure the resources needed to overcome those obstacles.

I saw Loehr speak at an arts education conference I attended over the summer, and he immediately won me over. Underneath his graduate degree and administrative authority, you can tell there is a kid who just wants to be onstage, tap dancing and telling stories.

Throughout the winter of 2017-2018, Loehr and his department embarked on a regional arts education tour of Arizona. The goal of the tour was to convene with as many arts educators as possible, document what the teachers felt their district’s needs were, and create a comprehensive report.

The accounts detailed in the report are far from surprising. Coolidge teachers identify a lack of funding as being a significant problem.

So do teachers in Yuma.

Loehr says one of the reasons arts programs are so vulnerable in Arizona is because they aren’t currently measured by the two school accountability reports in Arizona; the A-F Grading System and the Annual School Report Card.

In order to understand how arts programs can improve their situation in Arizona, it is critical to make a distinction between the two systems.

The State Board of Education oversees the A-F grading system. The system is designed to give schools a letter grade for the purpose of ranking and assessing performance. The board measures several things when determining a school’s grade, including proficiency/growth on standardized tests, graduation rate, and attendance.

The Arizona Department of Education oversees the Annual School Report Card. This report is simply a data repository–an objective look at testing data broken down by gender, race, income level and other factors. This report doesn’t set out to rank schools, just to collect information about them.

As of now, neither the A-F System or the Annual Report Card collect any information about arts education. Loehr believes the best way for arts programs to gain a foothold in the accountability system is through the Annual Report Card. Loehr points out getting included in the A-F System would mean arts education would have to become standardized, and would likely require some sort of statewide testing. He would prefer to see arts education access and participation data collected and displayed without being ranked or graded.

Simply displaying these figures could have a huge impact on the way arts education is funded. Arizona is an open enrollment state and arts programs often factor into the decisions parents and students make about where to attend.

As you could imagine, the result of arts education being absent from state accountability systems is predictable. As of 2016, 17% of Arizona students attended schools which had no arts programs whatsoever. That’s 183,686 students who do not have the ability to learn any form of art at their schools. “There is that old expression,” Loehr remarks, “‘You value what you measure,’ and because there is no real measurement of arts education in Arizona, there’s no driving factor to value arts education.”

It makes sense schools don’t prioritize arts education since it is flying under the accountability radar. However, the fact arts programs aren’t considered important enough to be measured is baffling. The administrators and policymakers in charge of these decisions almost certainly have a powerful relationship with art. It is likely they listen to music, it is likely they see movies, it is likely they’ve had their lives changed by a book or a performance. I asked Loehr why he thinks there is such a distinct disconnect between the personal investment in art and the public investment in art.

“The reason this [measuring arts accessibility and participation] isn’t happening as quickly as we all would hope,” Loehr continues, “is there are mixed priorities. There is a lack of understanding that the arts can satisfy several different needs. For so long, the argument for arts programs has been art for art’s sake–and there is an argument there–that being said, the arts can improve test scores, the arts can improve social and emotional literacy, the arts can curb high school dropout rates.”

Arts programs can do everything Loehr outlined and more, but these programs will not be able to maximize their utility until schools are held accountable for dedicating time and resources to the arts.

As for Loehr, his biggest goal at the moment is to get arts education included in the state’s Annual Report Cards. “If you don’t have a seat at the table, you’re probably on the menu.” Loehr says, citing a quote from one of his colleagues. He urges all arts educators, parents, and students to elbow their way to the table and begin having the uncomfortable conversations necessary to affect change.