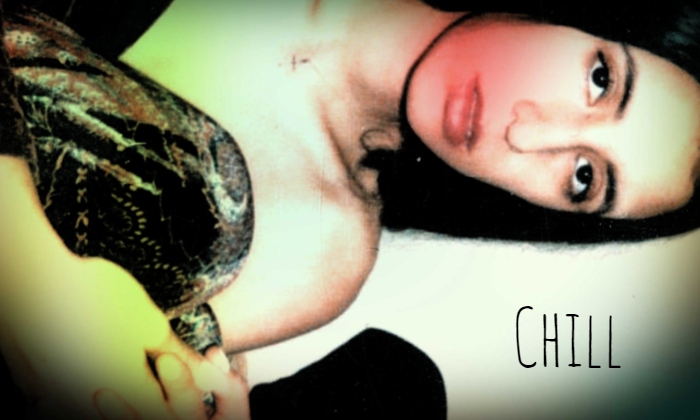 The new single from this L.A.-based electropop duo has everything you’d expect from a Bogan Via banger: lush soundscapes and dulcet vocals. And, of course, we can forget that veneer of polished cool that makes the Bogan Via aesthetic what it is. Now, we’ve been following Bogan Via since their very first shows when the pair was still PHX-based and “VIDEOS” definitely demonstrates that they have continued to hone their craft through the years of songwriting. It’s my new favorite track from Bogan Via…. and that’s saying something because “Kanye” is classic. Check out “Videos” from Bogan Via before the rest of their album, Tough to Kill, drops later this week.

Why does it always feel like the path in front of me is littered with stumbling blocks? “Wrong” by Loyal Lobos reminds me that I’m not alone in this feeling. On this number, the songwriter behind Loyal Lobos addresses her own rising frustrations in attempting to emigrate to a new country. There is a weariness tied into the tenacity of the lyrics, and a heaviness that often accompanies disappointments, but the tone is gentle and consoling. We can only hope for Loyal Lobos find their pathway suddenly rendered to an easy saunter. This single comes to us from Loyal Lobos’ new EP, The Fall, which just came out last month.

Miami-born and raised musician, Lo Artiz, currently finds herself in Boston attending Berkelee College of Music. If that wasn’t enough to establish the potential of this up-and-comer, then just listen to her voice on “Wild Woman”. This new single from Lo Artiz provides a perfect platform for showcasing her powerful, and powerfully versatile, voice. And “Wild Woman” carries with it an empowering message about overcoming personal pain. Lo Artiz shows off her soulful side and her stellar voice in tandem on “Wild Woman”.

Maybe you already know Andy Frasco from his podcast, Andy Frasco’s World Saving Podcast, but were not here to talk about that today. No, for our intents and purposes today, we’re here to discuss Frasco’s work as a songwriter and band leader. True story. Andy Frasco & The U.N. released their single, “Change of Pace” earlier THIS WEEK and there’s enough rousing energy on the song to have you ready to re-balance your life. Frasco says the song is about the “mountains and valleys of being in love,” but I think we could all do with a little more balance in all areas of our lives, not just our love lives. Maybe that’s just me.

How this Phoenix-based artist flew under the radar here at YabYum, I’ll never quite understand. Sam Era draws from everything from jazz to EDM for her bedroom bangers. She was even classically trained in Opera. Through the power of GarageBand, Sam Era is able to craft soulful bedroom bangers like “The Worst Thing”. The single confronts the mixed feelings that mingle within a toxic relationship: the want and fear of leaving. If you haven’t heard of Sam Era, you’re behind the times. Get with it and check out “The Worst Thing”. Right now.