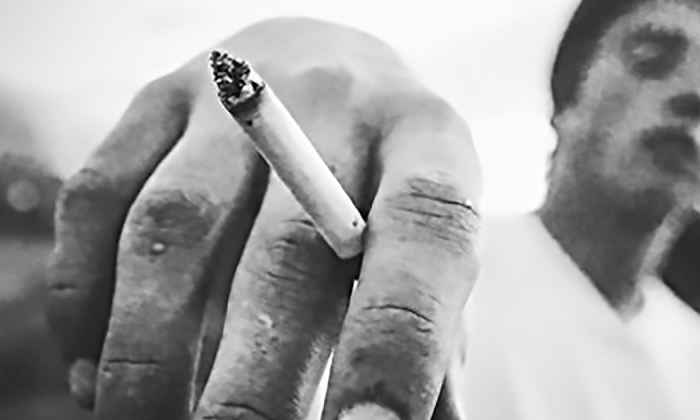 Every year, tons of drum and bass is released into the wild. With so many styles in so many sub-genres, I find it’s nearly impossible to keep up 100% but these are the biggest bangers that I found this past year. I’m doing something different with this article and including two tracks per artist to offer a rounder scope of vision and simply because I can.

I know every dnb fan’s Top 2018 list is probably different so please don’t hesitate to comment or contact us if you have any suggestions or complaints.

Danny Byrd has crushing it in drum and bass for over 20 years. I’ve played his 2013 album, Golden Ticket, countless times since it came out and Rave Digger (2010) and Supersized (2008) are straight up dnb classics. While “Devil’s Drop” had me mentally salivating for more, it was the second single from Danny Byrd’s latest album Atomic Funk, “Hold Up The Crown”, that had me hooked. Featuring Ky Lenz, this track has every thing a bass head could want: amazing vocals, a funkin’, slinky bass line, and all the dynamic ups and downs found in a high quality production.

The third single from Atomic Funk, “Just A Step Away”, appears right after “Hold Up The Crown” and really packs in that one-two punch Danny Byrd delivers throughout the album. Thunderous bass, flying synths, bicycle chain hi-hats, what’s not to love about this song featuring Ownglow? As with every Danny Byrd release basically, Atomic Funk really delivers so delve in immediately with these two tracks.

Although he’s more recently released the bangin’ singles “Whip Slap II” and “Desire” (his latest, produced with fellow drum and bass artist Sub Focus), it was Dimension’s first two singles of 2018, the astutely titled, “Techno” and “Raver” that truly got my ear. While “Techo” sounds like classic dnb with it’s samples, space-age fx, and monstrous bass, the quarter note hi-hat throughout and general feel of this song is something brand new that simply can’t be ignored.

Backed with “Raver”, an ode to all the classic U.K. drum and bass heads out there, both songs seem steeped in the past yet are incredibly forward looking. I highly recommend checking out all of Dimension’s work but start with “Techno” and “Raver” below first.

Massives on the U.K. scene who have been gettin’ it in since ’98, Drumsound (Andy Wright and Ben Wiggett) and Simon “Bassline” Smith, continue their 20 year long career with multiple singles released in 2018. Hard on the heels of their 2017 LP release Wardance, D&BS released a quartet of singles as the Kilimanjaro EP this year, but it’s their latest single “The Hustler” that has my speakers bleeding these past 5 months. Exclusively premiered on BBC Radio 1, it’s easy to hear why these guys have been killing it in the game for as long as they have.

Another find this year was their remix of Black Sun Empire’s “Caterpillar”. While Black Sun Empire are legends in their own right and come highly recommended if you enjoy your drum and bass dark and dreary with a razor-sharp edge, Drumsound and Bassline Smith’s remix ramps up the energy and srsly gets the vibe hoppin’. Featuring two other notable dnb groups, State of Mind and Virus Syndicate, on the original cut of “Caterpillar” off Black Sun Empire’s 2017 release The Wrong Room, 2018 saw the release of The Wrong Room Remixed featuring Killbox, Neonlight, The Upbeats, The Prototypes, and many more. Check out “The Hustler” and “Caterpillar” below.

After 8 grueling years, Pendulum are finally back with a new album… sort of. The Reworks features the band’s greatest hits as well as their personal favs remixed to great effect by top electronic artists including some well known names like Moby, Skrillex, Pegboard Nerds and Devin Townsend. Being a huge fan of Pendulum’s output, I had to check The Reworks out and was impressed most by the two lead singles — Noisia’s “Hold Your Colour” remix, as well as Knife Party’s remix of “Blood Sugar”. The title track off Pendulum’s 2007 album Hold Your Colour, Noisia’s remix sets a great tone for the album and had me captivated from the start.

Knife Party have gained immense popularity in their own right, but I’m glad to see co-founders Rob Swire and Gareth McGrillen’s return to Pendulum simply because I didn’t see it coming. Their 2018 update to a song originally released a decade ago, this “Blood Sugar” remix is hot and certainly spikes mine. While not exactly drum and bass like the original, if you’re not moving to this than maybe you can’t move…

Finally, Nu Venture Records caught my ear with a number of releases this year. Although I had not heard of this dnb label before, they’ve been releasing the full spectrum of drum and bass since at least 2012 with seemingly no end in sight, offering many free downloads on their Bandcamp and SoundCloud pages as well. Such free albums include their Nu Venture Sessions series, with each one mixed by an artist on their roster. Although I groove to them all, Aardonyx’s mix for Nu Venture Sessions: Volume 10, has me feeling it for sure and is one of my favorites.

Another Nu Venture release from this year that I recommend is Eclipse EP 2 featuring Linear, Goku, Monolith, J Brown, and Shotik. The artists here all offer some hard-hitting and deep tracks, and there’s even a continuous mix along with a bonus track by CELO. If you’re looking for some new drum and bass to add to your radar, look no further than Nu Venture Records.