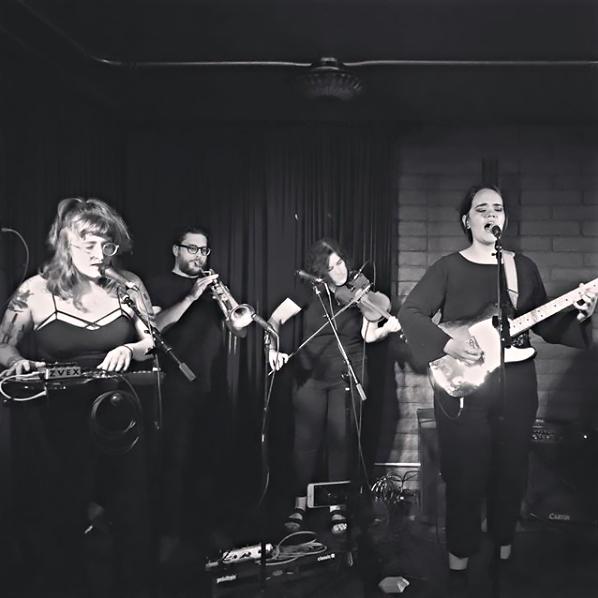 Willetta stopped by The Listening Room Phoenix and enraptured all in attendance with “The Beast”, a new song off their forthcoming album, The Arrow & The Bow. The band also took part in a quick Q+A as well, so make sure to read all about their new song, their creative process, and what’s upcoming. To catch more of Willetta, make plans when they play with The Banter in Grandma’s Room at the Cornish Pasty in Mesa on November 16 at 9:30 PM.

The song we chose is “The Beast”. Anna C. wrote it about a year ago for her southwest mini tour with Language Barrier. The song was inspired by the poetry of Chinese artist Ren Hang. The lyrics “there are abysses everywhere” are from his depression diary before he committed suicide. With that, the song was written.

Both Anna C. and Kristen Chanel Webber write lyrics for the songs with a varied approach. Once lyrics and melodies and guitar parts assigned, the rest of the group weaves their own elements to create a finished piece.

Writing songs for Willetta is commanded by emotional experiences and instinct. Though, while finishing writing songs for our upcoming album, we spent a whole weekend in a house drinking wine, doing nothing but composing unfinished songs into finished compositions.

Gospels and Latin American folk songs are huge inspirations for the storytelling nature of our lyrics. Contemporary artists like Angel Olsen and Preoccupations play a big role, as well.

Our first album will be released early 2019!