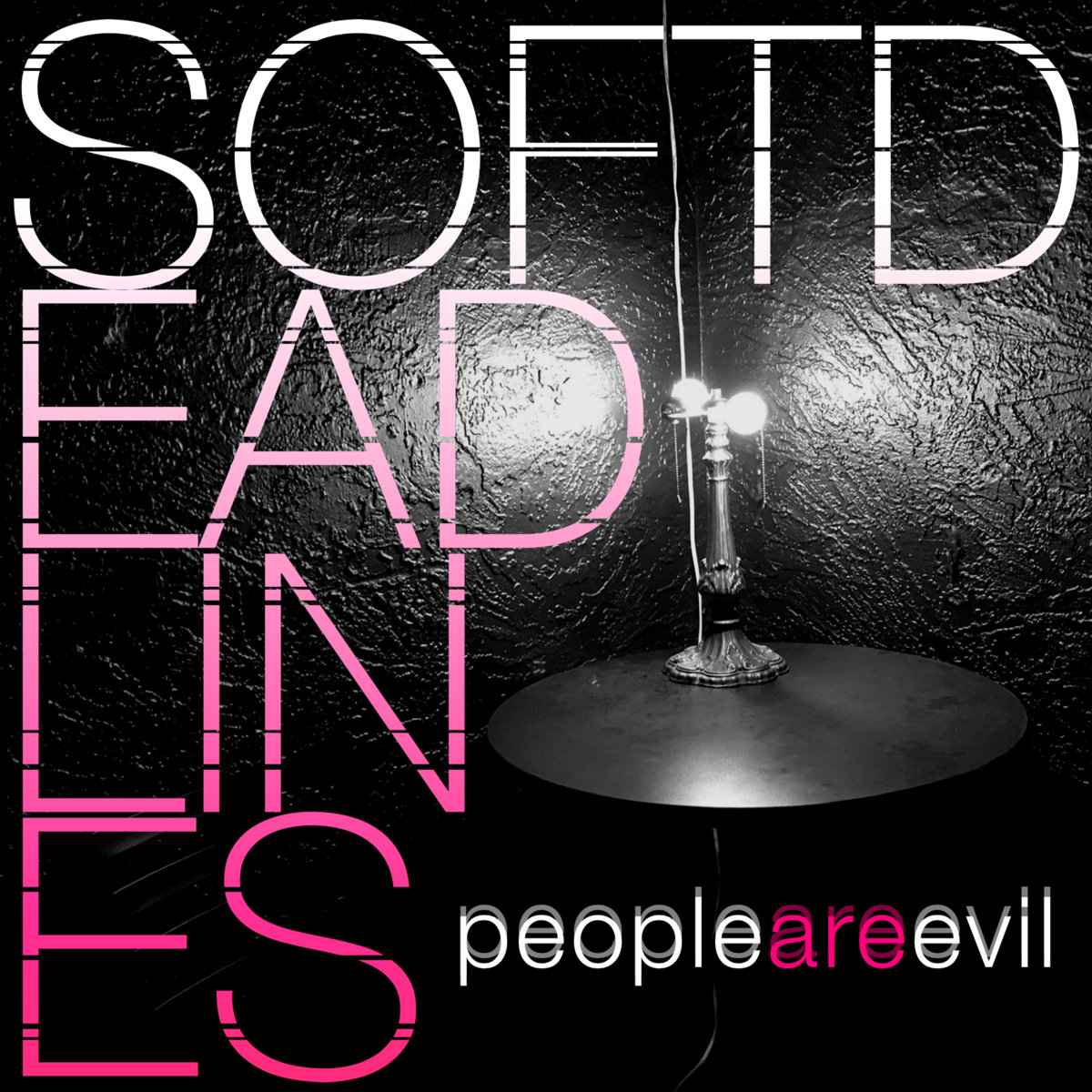 Soft Deadlines are back with a new video for their single “Time To Shine”, off their upcoming album People Are Evil, due to drop Novemebr 29 at the Crescent Ballroom. Not only do we premiere the video below, lead singer and guitarist Oliver Lemke answers our questions about “Time To Shine”, their new album, and what’s upcoming for Soft Deadlines…

YabYum: There’s an interesting theme in this video. How would you describe the narrative of “Time to Shine”? Did the band come up with the idea for this video or was it Director Jeff Niemoeller? Maybe both? How did you hook up with Jeff? Has he done other work we may have seen?

Oliver Lemke: I’ll go in reverse order. Jeff has done photography and videos for several local artists including my buddy Gil Rodriguez of Ghost in the Willow. I met him through Gil a few years back, Jeff was taking some photos of a studio session Gil was doing, and he (Jeff) was fun to work with and got sharp results. Most of the photos of Soft Deadlines you can find online were taken by him.

This is the first video he’s done for us, and I don’t think it’s the last: he did a great job of sorting out what shots we needed and how he could get them in the middle of a house party, in order to basically retell the story of “The Masque of the Red Death.” People think they’re safe from this raging plague but they’re not, is the concept, which ties in with lyrics about how unprepared liberal society is to deal with someone like our current president. Like most sane people I have worried day and night since he was elected.

On a lighter note, shouts out to our friends Eddie Horn (of The Echo Bombs), who played the Reaper, Jake Paxton (whose party it was), and Alison Gill (studying drama at Scottsdale Community College), who dies very beautifully in the video. 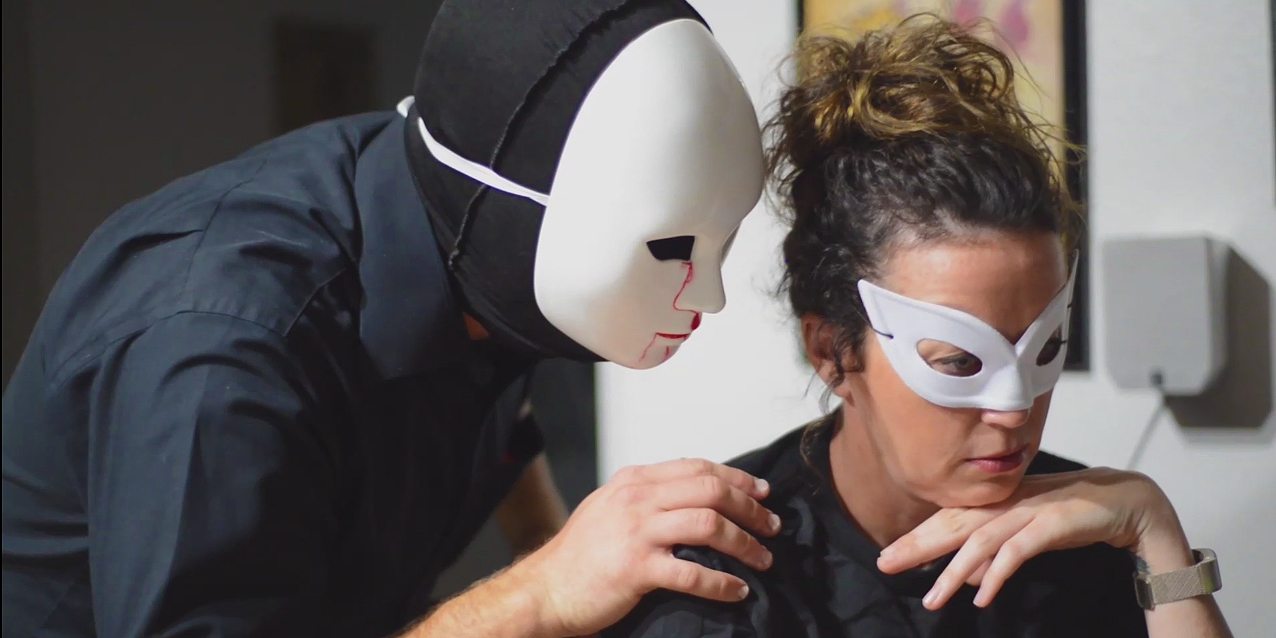 Please tell us about the new album, People Are Evil, that “Time to Shine” appears on. What can we expect on this album that may be familiar with the Soft Deadlines sound and what is new or perhaps unexpected about it?

A lot of the lyrics are about anxieties both personal and political – not much has changed there. And there are a lot of the uptight dance grooves people expect from us, but we also drew from other genres that we haven’t touched before: old-school punk, shoegaze, even power pop (you couldn’t get The Posies out of my blood without some effort). The title of the record ties in with a lyrical theme I was writing about pretty obsessively, that people have to try hard to be good and they can fail spectacularly.

Quite the release show you guys have lined up to put the new album out! Who’s playing it and where is the action going down?

Our release party is on Thursday 11/29 at Crescent Ballroom. We’ll have to keep the show early, start around 7, but it’s a beautiful venue we’re overdue to play, and we have stellar bands sharing the night with us: Celebration Guns, Weird Radicals, Paper Foxes (who – shhh – I may play guitar with), and The Human Torch. Friends, great people, and really excellent acts all around. We’re stoked.

This may be a little premature but what’s up next for SD after the album release? More shows? More songs? A much needed break?

We’re playing a few California dates and the release and then taking the holidays off, but come the new year we’re planning to produce songs regularly, maybe as much as one a month, and tour as much as we can. Stylistically what we really want is to create the perfect art-punk record, something that’s danceable but harsh, takes chances but keeps the groove nailed down. It needs to be intricate and primitive at the same time, and who knows if that combination is possible, but we aim to try, and there are some good musical minds in this group I tell ye. Whenever we have enough good songs, we’ll enlist our friends in the Facebook group “Soft Deadlines Friends and Supporters” to help us decide what should go on LP number 4.

Follow Soft Deadlines to stay up-to-date on the release show and the new album! 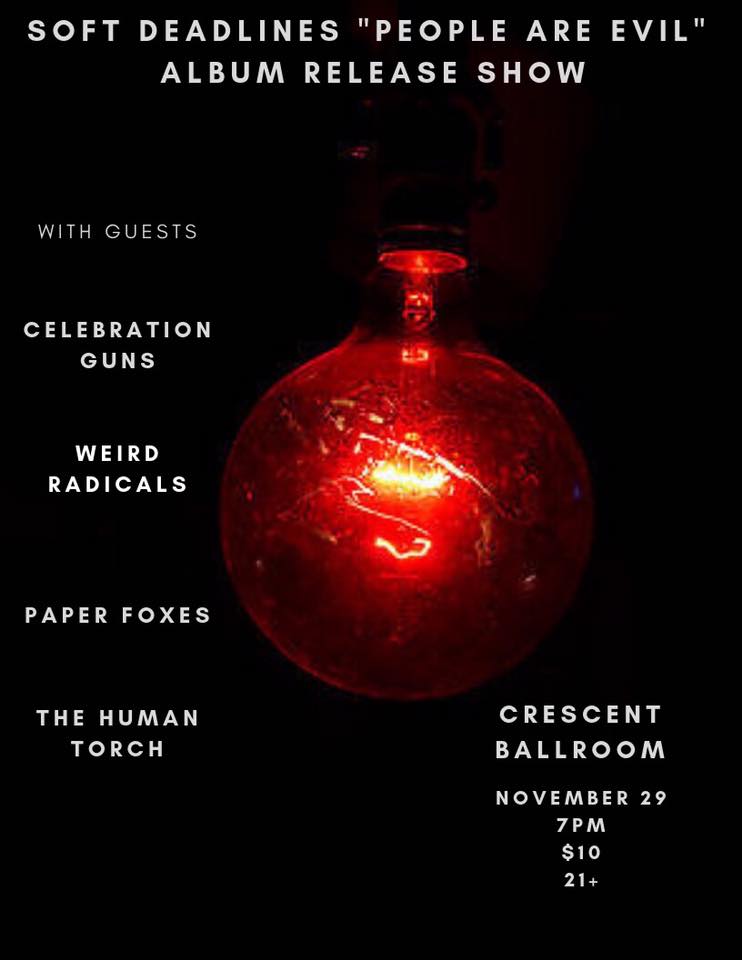