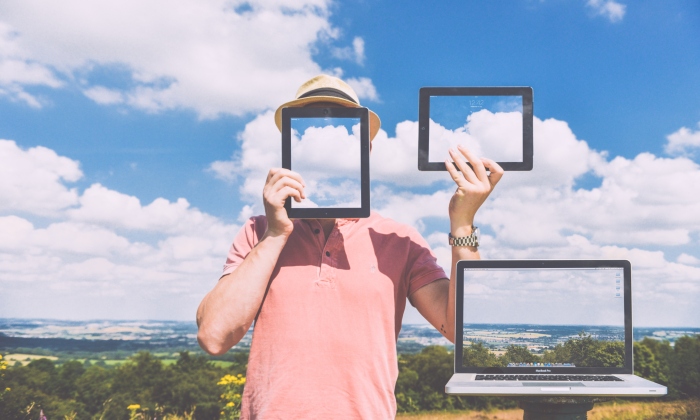 Let’s begin with just a little clarification on the terminology.

Personhood is the condition of being an individual person. Persona is the part of yourself that you present to others. Now, I’m sure many of you are already drawing conclusions about where this post is going, and maybe you are right. But, if you’re an active internet user, this is conversation you should be having with yourself every single day.

What is the difference between personhood and persona in the era of Facebook and Instagram? How important is it to maintain a distinction between these two separate entities? Also, is it inauthentic to divide these two aspects of one’s own self?

“Persona” is a concept that spread from Hollywood Culture to Popular Culture since the latter embraced social media like digital lifeblood. Everyone from starlets to the local barista can claim a following and might even make regular offerings of “persona” to keep those followers enticed enough to hang around. You don’t need a jet set lifestyle to make it as an internet icon. You just need a wifi connection, some commitment, and a lively splash of personality.

This is where persona enters in; your outward facing self. Even those of us who would argue that there is little divide between their persona and their personhood have to admit that they don’t put every little detail of their lives up on social media sites for the scrutiny of others. I mean, I guess, maybe you do but that’s an entirely different problem then what I’m talking about today. That sounds clinical… or maybe professional. But, for the rest of us, there are moments that occur beyond the social lens.

And here’s where it starts to get muddled. Many people fill all their idle moments with social media updates. Comments and shares. Hearts and thumbs up and likes. You know the drill. We’ve all read the articles (or at least seen the headlines) that too much time spent on social media can be damaging to one’s own self-worth. It can lead to depression and social malaise. While this is my unsubstantiated theory, just like too much television, social media can make you dumb if not balanced with a healthy amount of actual engagement in this world.

Personhood is being lost in the pursuit of persona.

Too often we’re too entangled in the daily online happenings to be fully present IRL. I know I do it myself despite having a neurotic tendency for self-imposed rules. I let my work day run late or get caught up in some thread on Facebook or sometimes I just want to zone out after a long day and idly tap the icon when I should be getting my briefcase ready for the following morning. (Yes, I finally had to trade my backpack for a briefcase and I am heartbroken about it.)

Wrong. Everything in our culture pushes for persona over personhood and I’m reminded of it every time my phone flashes a new notification. Some people might choose to simply cut out one or the other entirely. And, sure, you can do that. Get rid of social media, stop wearing deodorant, buy sandals, grow kale, cut your own hair…. Well, maybe it doesn’t always have to go that far. You get the point.

Some of us have bands or businesses to run. Others might rely on social media to stay in touch with friends and family in this increasingly fast paced world. Moreover, the 21st Century can be very isolating and the internet can offer us a sense of place in a too big world, but we need to seek modes of connecting with those around us beyond The Internet. We all need to find our tribe and gather and celebrate (preferably with loud, live music… obviously) and then we can return to confined spaces and digital connections.

Sometimes I think René Magritte predicted the 21st Century, but it’s too late to stop the future from unfolding. We can, however, come to terms with the shifts in the way culture communicates. Online and offline. Recognizing the divide between personhood and persona has become an essential step in the self actualization process of the modern human.

There must be time for solitude, for devices to be put aside, for you to spend time with you. As always, I’m just making suggestions, not rules, but as the divide between personhood and persona continues to blur in the Social Media Age, we threaten to lose ourselves to our image of self.

Carly Schorman is the Managing Editor of YabYum Music + Arts. If you haven’t already done so, check out The Mortician’s Daughter, her podcast on the demise, available on YabYum or wherever you listen to podcasts.