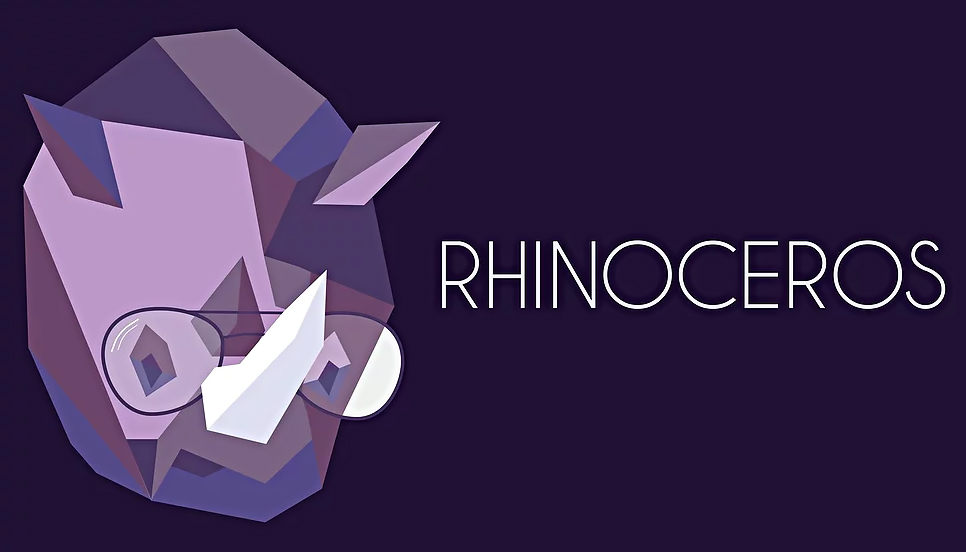 Now & Then Creative Company is currently taking on a classic. Rhinoceros is play by Eugène Ionesco, a powerhouse in the French avant-garde theatre movement of the twentieth century. The themes and underpinnings of Ionesco’s Rhinoceros are debated, even to this day. Some consider it perfectly tucked into the theatre of the absurd. Full of innuendo and ludiocracy. Others regard it as an almost literal work. An observation of society as it devolves into unthinking and destructive monsters. In either case, it is quite topical.

Originally composed in observation to the rapid rise of Nazism and Fascism in the era of WWII, it is easy to apply it to our current political climate. No matter which side of the aisle one currently resides in, there is a tendency to view those on the other side with fear and disdain. We are in a state of social regression. So it is not difficult to see today’s America in the small French town that is upended by Rhinoceros.

I very much appreciated the female casting of Christine Conger as Jean. Conger delivers a powerful performance, and it was a refreshing new look at the dynamic between Jean and Bérenger. Additionally, Devon Mahon packs a punch as Bérenger, the central character who remains human as those around him shift into other-than. The remainder of the cast provides strong support, as do the simple but efficient staging and lighting.

The cadence of the show shifts considerably between the acts. The first act is quite funny, with rapid-fire linguistic and physical humor. The directing and acting choices are superb, finding nuance in the often unnatural language and situations.The second act is slightly slower, but the relevance of the content, namely an overt distrust of the media by some of the characters, provides layered comedic entertainment. However, it ends with a perplexing directing choice. While evoking laughter, it somewhat cheapens the profoundly integral moment wherein the audience discovers that the rhinos amongst them were once human.

Act three is is quite long and considerably slower. This is not a fault of the creative team or ensemble, but more a reflection of the original work. Mahon’s extraordinary performance as a crazed man terrified of losing his humanity keeps things moving and maintains the entertainment value, but the text forces the momentum up against a wall. There is a love story that sort of begins and then very abruptly ends, without a semblance of affection or chemistry. A man loses his mind, but maintains his form in a world where doing so is nearly impossible. Much occurs, but the staccato established early-on no longer exists.

Admittedly, absurdist and avant-garde theatre is not my prefered medium. As someone who has studied theatre history, I appreciate the impact the medium has had, and I realize that my view is blasphemous to others in my field. But I cannot help but respond less viscerally to some works than others. I absolutely appreciate the thoughtfulness that went into this production, and it is definitely worth seeing if you appreciate absurdist works performed by a strong cast. Especially when the themes are poignantly topical. All in all, it is a job well done by Now & Then.

Rhinoceros plays at the Metropolitan Arts Institute through November 18th. Tickets are $20 and can be purchased on the Now & Then website or at the door.