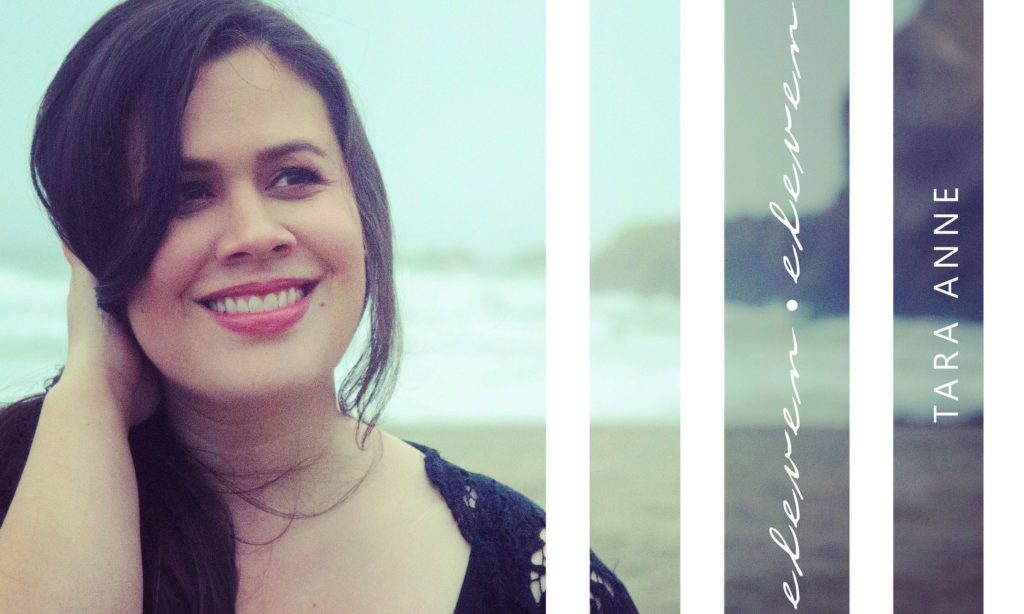 Washington-based songwriter Tara Anne released her debut EP, Eleven Eleven, earlier this month and, now, she’s ready to premiere the music video for her slow-burning single, “Break Away” right here, right now! Make sure you keep scrolling after the music video to check out our Q+A with the songwriter.

So, your new album, Eleven Eleven, came out earlier this month on November 11th and this track comes to us from that release? Is this your debut album?

Yes, “Break Away” is one of the four songs on my debut album, Eleven Eleven. This was my first song I ever wrote lyrically as well.

It must feel like quite an accomplishment to have your album completed and out there for the world. I don’t think people outside the industry really look at what an undertaking an album can be. Did (or do you) have any special plans to mark the occasion following the release? Like a month off from songwriting or extra naps? Or are you more the type to hop right back into the creative process once you’ve finished a project?

Honestly, I knew it was going to be hard work, but I did not expect it to be this much work. It was all worth it though. I’m more of the type to hop right back into the creative process so I’ve already started writing music for my upcoming contemporary piano album. I will note though, I definitely celebrated with a nap!

You lived in Arizona for some time. What led you to the decision to change area codes?

I’m originally from Washington State, but moved to Arizona for about nine years to finish school and work as an Academic Counselor. I finished my MBA, found my husband, two dogs and took them all back with me to Washington State (about 3 years ago) to be near my family and friends. I definitely couldn’t handle the summer heat even after all of those years.

I read that you were given an early introduction to music. How did you get your start as a singer/songwriter/performer?

My first performance was probably at kindergarten singing Disney songs for show-in-tell [lol]. But in all seriousness, I started piano lessons at the age of seven, I was part of a sister trio band in my early teens and was always part of dance performance teams. It wasn’t until about a year ago, that I wrote my first real song. I dabbled with composing piano music all my life, but never tried my hand at writing lyrics. “Break Away” was my first real song and I wondered why I never tried this before. Maybe I had to go through tough times in my life and heartbreak to truly understand how to write or maybe I just needed to stop overthinking it.

For your new music video, you relied on some local talent to help you bring the effort to life. Who helped you make the video for “Break Away”?

One of my best friends, Gillian, choreographed and performed the dance in the music video. We worked together at a local University and she was one of my bridesmaids for my wedding. She has years of experience as a professional dancer and she is just an amazing person! Eljay was the videographer for this music video. We used to be in a band together called the Lo’ Classics and he currently works with a video production crew in Arizona. He is extremely talented! We actually filmed this in Old Town Scottsdale while I was visiting during the summer.

The song itself is emotionally powerful and I feel like the music video helps illustrate in a visual way. Can you tell us a little about what inspired the song?

“Break Away” was inspired by an abusive relationship I was in. For that period of time, I completely dropped music and forgot who I was. When you’re in an unhealthy relationship, you can lose your self worth and everything that makes you special. When you’re told that you’re nothing for so long, you start believing it. When I found myself again and broke free from that relationship, I immediately turned to music. Music was my way of breaking free and finding myself again; for other people, dancing might be their release. My message to people is that you are worth it and you need to break free from anyone or anything that tells you otherwise.

I know you just released an album, but we always have to ask….any new projects in the works? Anything we should keep watch for?

I’m currently writing my next album that will be a contemporary piano album. My phone recorder has so many unfinished piano songs that I just need to organize and finish. I’ll also be working with another producer to create music to be pitched for TV/Film. It’s definitely a different beast but I’m ready for the challenge. I would love to hear one of my songs in a rom- com one day.