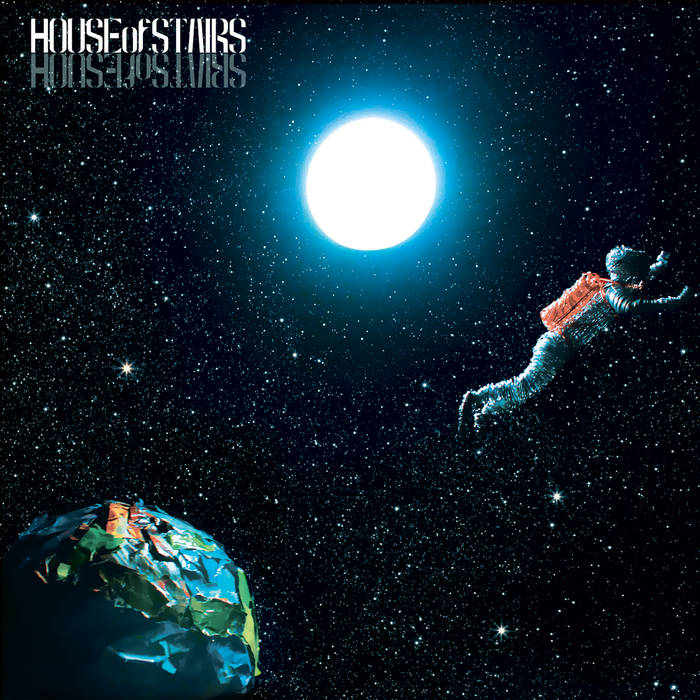 It looks like Holly Pyle, the chief vocalist behind House of Stairs, caught me at quite the mentally awkward time when I was asked to check out their debut album.

The self-titled LP launched by the jazz-based collective arrived in my inbox around its September release date, and although I promised myself I would review it, mood swings and anxiety relegated it to my headphones, much less behind the keyboard. In a strange twist of fate and similar to my relationship with the music of Moby, the House of Stairs album became another tactic for catharsis when the outside world becomes a little too tough.

It actually took me a good two weeks to even work up listening to the album since my mind had already labeled it as “jazz”. I am not so much afraid of the genre itself, but more so the unfamiliarity I have with it; while I feel confident in expounding on an indie DIY album with extraneous adjectives, jazz is a different beast: its an age-old 20th century genre with multiple branches which exude a cultural sophistication once seen as “too much” by historical easy-listeners. It’s a genre full of rebellious composition contradicted by the mainstream acceptance it received in intellectual circles post-1930s until today.

In the case of House of Stairs, while the composition and singsong lilt of Holly’s voice boasts a strong jazz background, the elements of modern pop, soul, funk, and electronic ambiance sets the stage for a whimsically professional production. Much of the work I cover in my reviews thrives on the lack of structure or simple melodies which contribute to something bigger. Without knowing their original influences, the multitude of individuals who have come together in the making of this album seem to operate like the composers and producers of yore: the famed trio of Holland-Dozier-Holland crafted similar work which comprised of addictive licks and melodies forming tracks more complicated than upon first glance.

Tracks like “Lineal” and “John” contain a crossed cheerful-melancholy pop which capitalizes on melodic ear-candy, but upon further inspection, the strings and natural instrumentation expose a litany of multiple influences which make it oh-so-complicated. The fear one might have when listening to an unfamiliar genre like I had rapidly washed away by the calming, cinematic vibes helped by from the vocalists’ fearless talent. Holly Pyle frequently makes use of her voice in the instrumentation, scatting and vocalizing in what seems like improv, but fits perfectly into the mix. The natural lack of pretension in “Veil” doesn’t prepare you for the adventurous tones taken in the intro of tracks like “Autopilot,” and even when your brain wants to relegate her voice to the style of indie pop, her deceptively large range never ceases to hold your attention.

This fourteen-track collection of high-powered warm jazz-pop amounts to a rather impressive group effort: while Pyle and Garrison Jones take precedence in vocals, the amount of thought which clearly went into the compositions makes the listener right at home in their “House of Stairs.” This debut LP would serve as a great intro for music fans who might be afraid of trying out an age-old “new” sound which contradicts the singular writing and styles today. Even someone like me who simultaneously embraces and runs from the unknown found an unusual kinship behind its complicated machinations and immediately understood what House of Stairs was about.

This was an album crafted by trained individuals who were able to put their own egos aside and create a demandingly cohesive vision for the mystical “jazz collective” we know as House of Stairs.

Catch House of Stairs tomorrow night at Last Exit Live along with Alassane at the Terra Fractal album release show or at one of their upcoming shows listed below. Head to their website for more info. 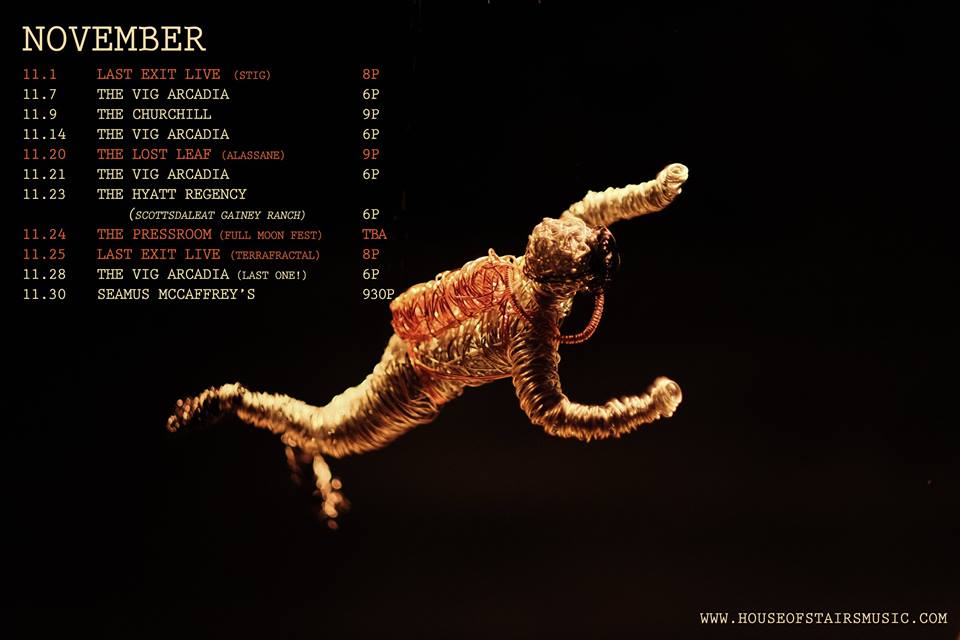