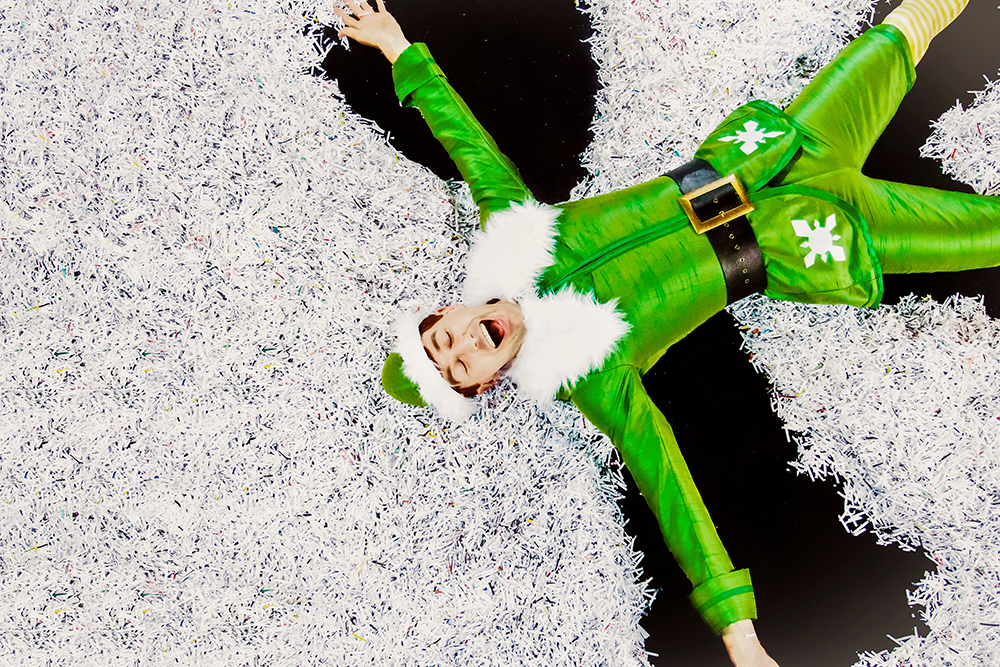 All photos courtesy of Phoenix Theatre

Elf: The Musical is a show based on the much-loved 2003 film, a movie that has become a holiday staple in countless households. A quotable and beloved cult classic, both film and musical alike are built on pure, adorable, laugh out loud comedy.

The show opened on Broadway in 2010, returned for the 2012 holiday season, and has toured and played regionally ever since. It is a retelling of the film in musical form, showing reverence to the original while finding creative ways to adapt it for the live musical medium.

Elf is the story of a boy who grows up in Christmastown (in the North Pole) with Santa and his elves, who discovers he is human and goes on a quest to New York to find his father. On his journey he finds a family, true love, and even manages to save Christmas.

The musical’s ultimate impact is heavily reliant upon Buddy, the show’s central character. A man-child from a magical land thrust into the most cynical (yet greatest) city in the world. Playing Buddy requires physical humor and impeccable comedic timing. And it should come as no surprise that Toby Yatso is once again delivering for Phoenix Theatre. He is absolutely hilarious, making the iconic character his own, finding the funny even in unobvious moments.

Yatso is in magical company, supported by a large cast of powerful players, many portraying multiple characters. And Cari Smith’s costumes are a character in and of themselves. The elves, the Santa’s, and Buddy’s adorable getup all add to the experience. The set changes are numerous and seamless, with beautiful projections that capture the majesty of the city. And I am still marveling at the breathtaking payoff in the end, which I will not spoil but can guarantee is worth the price of admission. 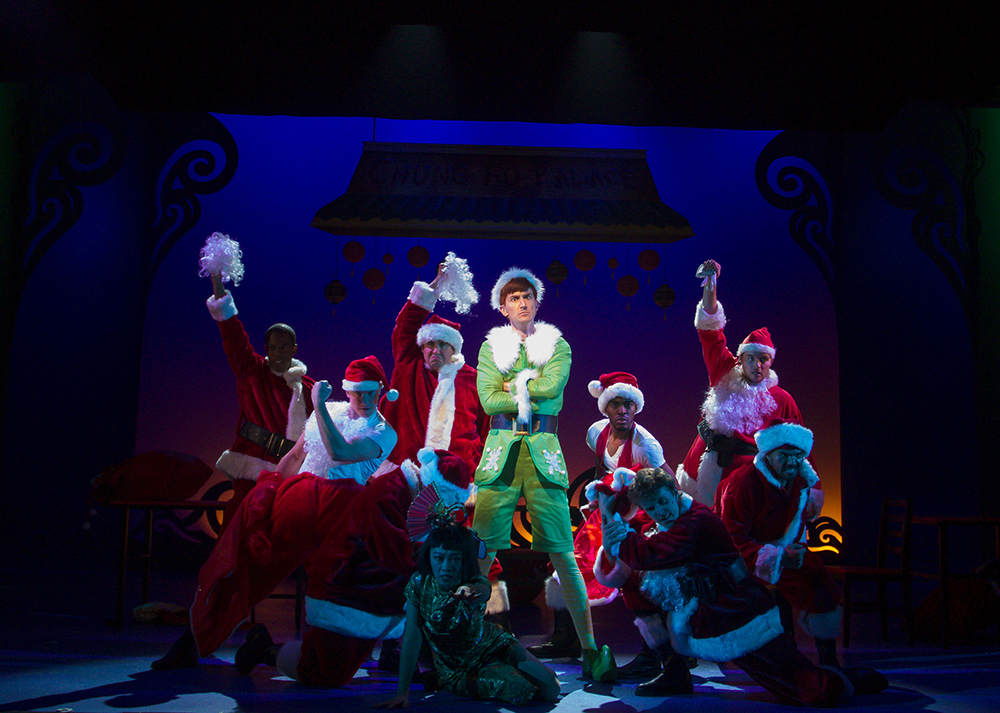 “I’ll Believe in You” is somewhat heartbreaking and painfully relatable. Wishing for a dynamic shift in priorities from some of those we love most. Those so caught up in the minutiae that they are missing out on the little things, and the big things, that bring joy. Those failing to realize what they have and instead spend all of their energy focusing on what they don’t. It is a moment of levity that lands quite successfully. Easy to move on from, but vital to establishing the show as more than just slapstick. A truth that continues to reinforce as the story comes to a close. 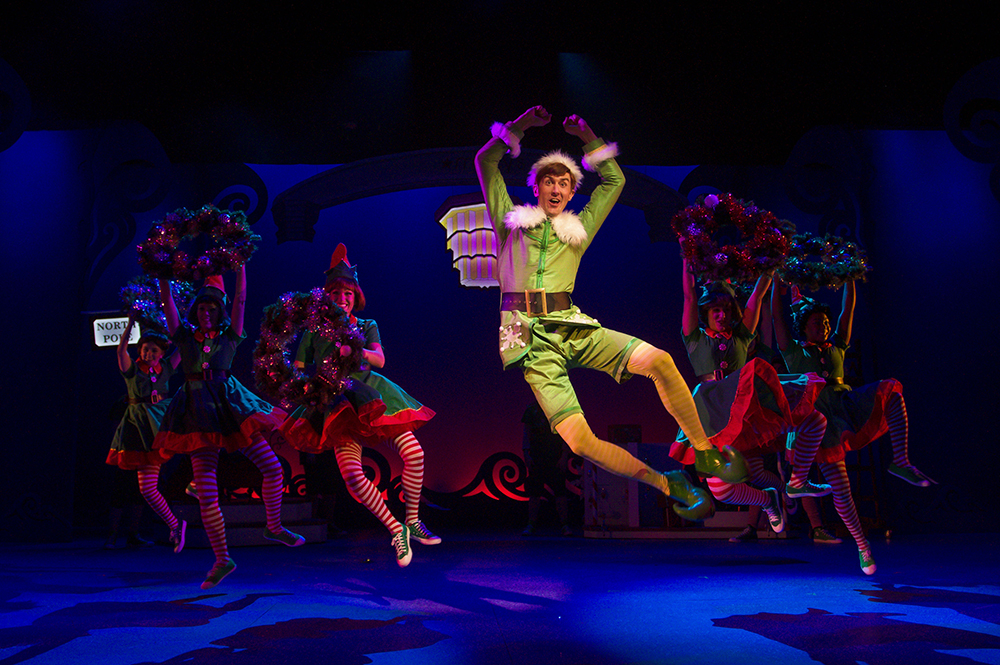 Phoenix Theatre’s current production of Elf: The Musical is fun and heartwarming. An ideal way to get into the holiday spirit in addition to listening to those albums only brought out for a month each year, or burning those piney and cinnamony candles only reserved for the short window of time when the temperatures in the valley are low. It will force tears of laughter, and provide a reminder of the best parts of the holiday season. A valuable reminder that can serve as armor to wear into a season that can be stressful and familially divisive.

Elf runs through December 30, covering the entire holiday season. I suggest you catch it early in the run, and do so with those you are most grateful for. Tickets are available from the Phoenix Theatre website. As of the writing of this article, there were also limited discounted tickets on Goldstar, though most of the shows are (not surprisingly) already sold out.