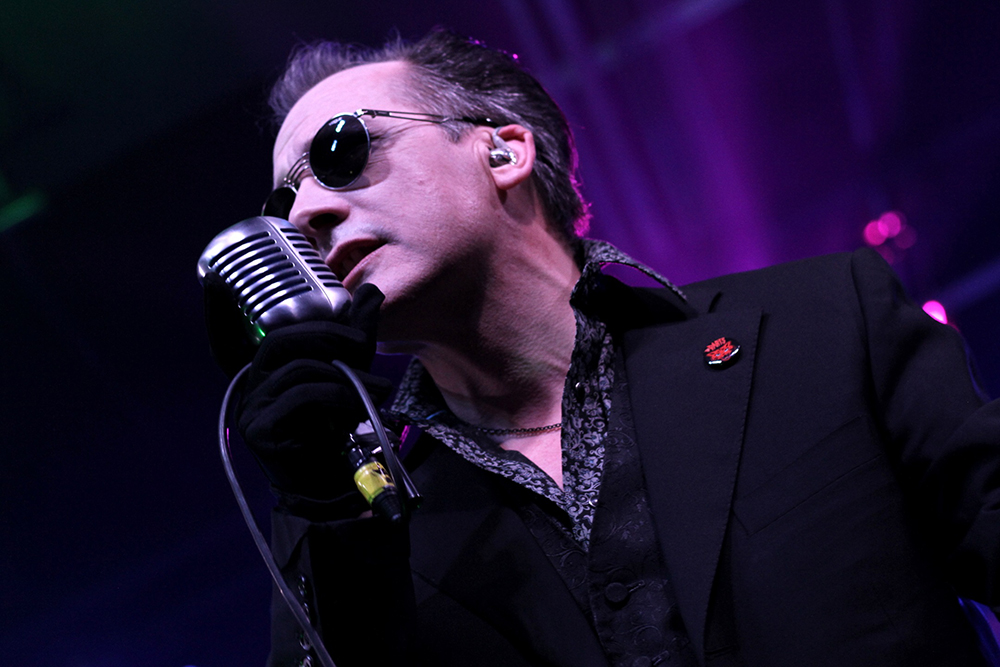 When a bunch of old dudes completely school the opening acts at a punk rock show, it gives one hope on multiple levels. Sure, the old dudes in question are The Damned and they are legendary, to say the least, but when you hear they’re coming back to town just a little over a year after playing probably the best set they have ever played in Phoenix for their 40th Anniversary tour last May, it’s only natural to be a little skeptical about what their performance at the Marquee Theater would hold.

On tour to support their 11th studio record, Evil Spirits, The Damned delivered a stellar set of new and classic material (heavy on the classics) and punctuated by a couple of choice moments. First was when Captain Sensible, possibly the most charming man on the planet, announced they would be playing the first three songs off of 1980’s The Black Album after they had finished a beautiful version of “Dr. Jekyll And Mr. Hyde” off of the same record. “Wait For The Blackout” right into “Lively Arts” and then “Silly Kids Games” to round out the trio.

During the entire set the 400 or so folks in the audience added backing vocals at every possible turn, but when the crowd kicked in, singing along with Sensible on “Silly Kids Games” it was magical. The band was having a blast, the crowd was having a blast, and for an hour and half or so we all forgot we were in the most miserable venue in town. When a band can make you forget the sound challenges that openers The Darts had so suffer through, or the OVER priced drinks, you know you are seeing punk rock greatness.

Overall, there were zero weak moments in The Damned’s twenty-one song set and even the new material held up nicely. Evil Spirits benefits greatly from having bass whiz Paul Gray back in the fold, but I would be remiss if I didn’t mention that I was skeptical about how the new material would mesh with the band’s more classic material. In twenty years will songs like “Standing On The Edge Of Tomorrow” or “Devil In Disguise” be mentioned in the same breath as “Smash It up” or “Neat Neat Neat,” probably not, but on Sunday night, they stood shoulder to shoulder with The Damned’s more well known work and held their own. 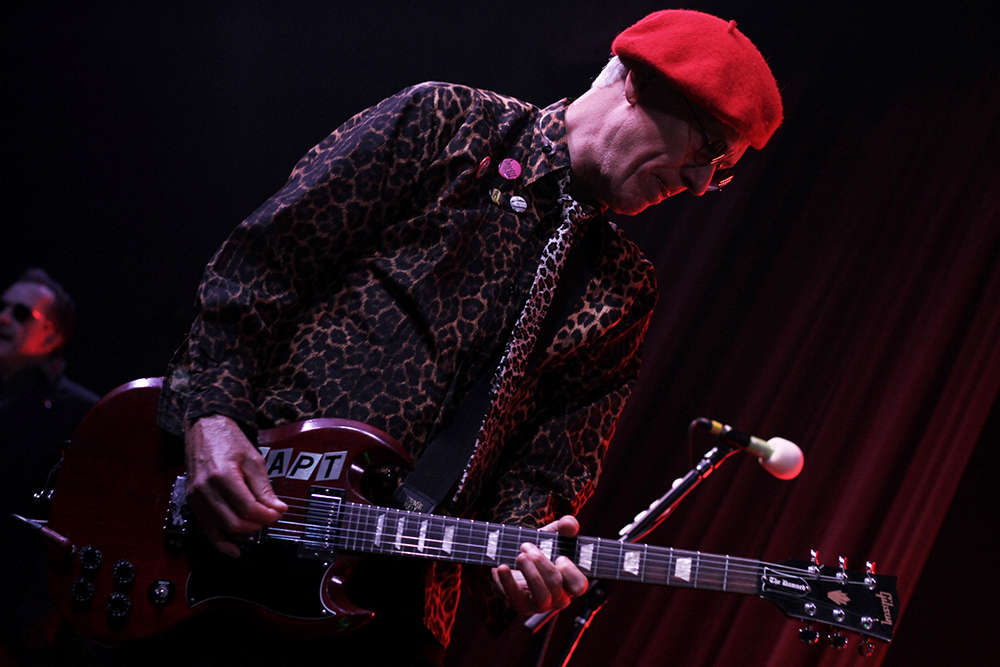 The first of two encores for The Damned was another special moment, as well, as the band played a shortened version of the epic Black Album deep cut, “Curtain Call” before playing a personal fave, “Ignite” off of Strawberries (1982). Many in the crowd would have been perfectly satisfied to saunter off into the edge of Tempe darkness after that, but the band came back again and rocked a fun version of “Street Of Dreams” off of Phantasmagoria (1986) before culminating the evening with a kick ass rendition of “Smash It Up (Pt 1 & 2) of arguably their best album, Machine Gun Etiquette (1979). Watching Sensible play this song is a thing of beauty and it exudes almost pure joy from the he and singer Dave Vanian, even though they’ve probably done the song live thousands of times.

Back to The Darts for a second. What a cool thing to be on tour with The Damned and get to play your home town, but as mentioned, the sound booth was not doing the band any particular favors on this evening. While the rhythm section of Christina Nunez (a super underrated bass talent, for sure) and Ricki Styxx provided a solid beat, guitarist Meliza Jackson and vocalist/keyboardist Nicole Laurenne got completely shortchanged by a muddy mix. A+, though, for hanging in there and giving the crowd their all. When it comes to putting on a good show, The Darts made Phoenix proud and according to Vanian, who we spoke to on the phone prior to the show, The Darts are one of his new “Favorite bands.”

The Damned, though…wow. What’s not to love about these guys. Sensible, Vanian, Monty Oxymoron (keys for the last 20 years), Pinch (drums), and the aforementioned Gray on bass taught new and old fans alike a thing or tow about what it means to rock your way through just a portion of your great songs and still deliver the goods in a way that left everyone smiling and feeling fulfilled.

The Damned played the Marquee Theatre with The Darts and Radkey on Sunday, October 28, 2018