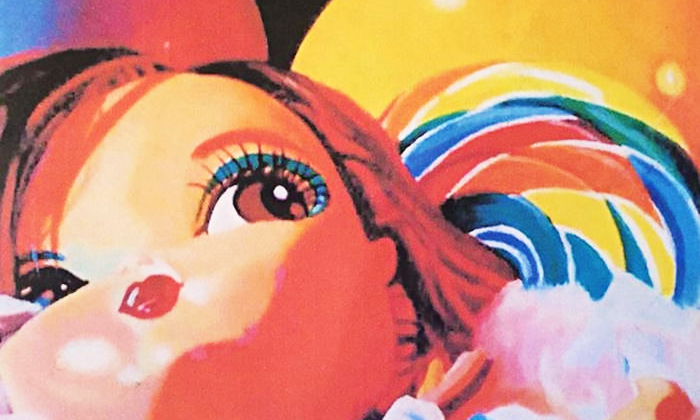 Combine weird folk and Americana with some rough and tumble indie rock and you find yourself with NYC’s Frog. “American” is the second single from the band’s forthcoming release, Whatever We Probably Already Had It. Frog became a bit of a critics’ sweetheart following their 2015 release, Kind of Blah, so expectations on this latest effort set the bar pretty high. But, if “American” is any indication of what’s in store for Frog fans, I have to say the future is looking bright. I mean, the song is a little dismal, but you know what I mean. It’s splendidly dismal. If you are unaware of Frog, get in the know right now with their latest single.

AdamandEvil formed in Hollywood after Scott Fairbrother and Julian Shah-Tayler (of the London band Whitey) decided to hop the pond to see what the California Coast had to offer. On “Hollywood Vampires” the duo explores some of the sights and sounds of their new hometown in a subtly flashy alt-rock psychedelic soup. How Hollywood is that? The indie rockers of AdamandEvil are gearing up for the release of their debut album so you can check out “Hollywood Vampires” and a couple other early singles from this project on their Bandcamp page. And you should.

Phoenix’s homegrown indie pop powerhouse (and Los Angeles transplant) Upsahl just released a new single this month that I’m sure players from every team on the sexual spectrum can appreciate. Following in the traditionof Weezer’s “Pink Triangle” on Pinkerton, “The Other Team” is a playful number dedicated to that super sweet guy that adds some bounce to your day, only to leave you feeling a bit deflated when those feelings aren’t reciprocated.  This new single from Upsahl was released through Arista Records earlier this month.  Let’s hope a new album looms on the horizon for Upsahl and her fans.

We’re finally feeling that winter chill in Phoenix so it’s the perfect time for a warm, summery breeze from the bi-coastal band known as Secret American. Yep, their summery single, “Wish A Well” will have you thinking about flipflops and poolside lounging, even when the thermostat says boots and scarves. Indie pop finds a coastal groove on this number that should definitely make your “feel good” playlist. Check out “Wish A Well” by Secret American if you want to snag that carefree summer vibe during these cold November days.

“I’m Not Getting Sober, I’m Just Getting Older”

This rowdy indie rock song comes to us from the UK artist known as NANCY. “I’m Not Getting Sober, I’m Just Getting Older” is the closing number on Mysterious Visions, seven eclectic tracks worthy of international attention. While this single hits some punk rock strife, other moments on the EP hit upon cabaret or bedroom dance pop. Bascially, you need to listen to Mysterious Visions by NANCY from start to finish. But maybe take a peek at the end of this novel and check out  “I’m Not Getting Sober, I’m Just Getting Older” first so you have a better idea of what this journey might hold. And, while you’re at it, consider purchasing the limited edition “Cigarette Packet” Cassette available through Bandcamp while you still can.