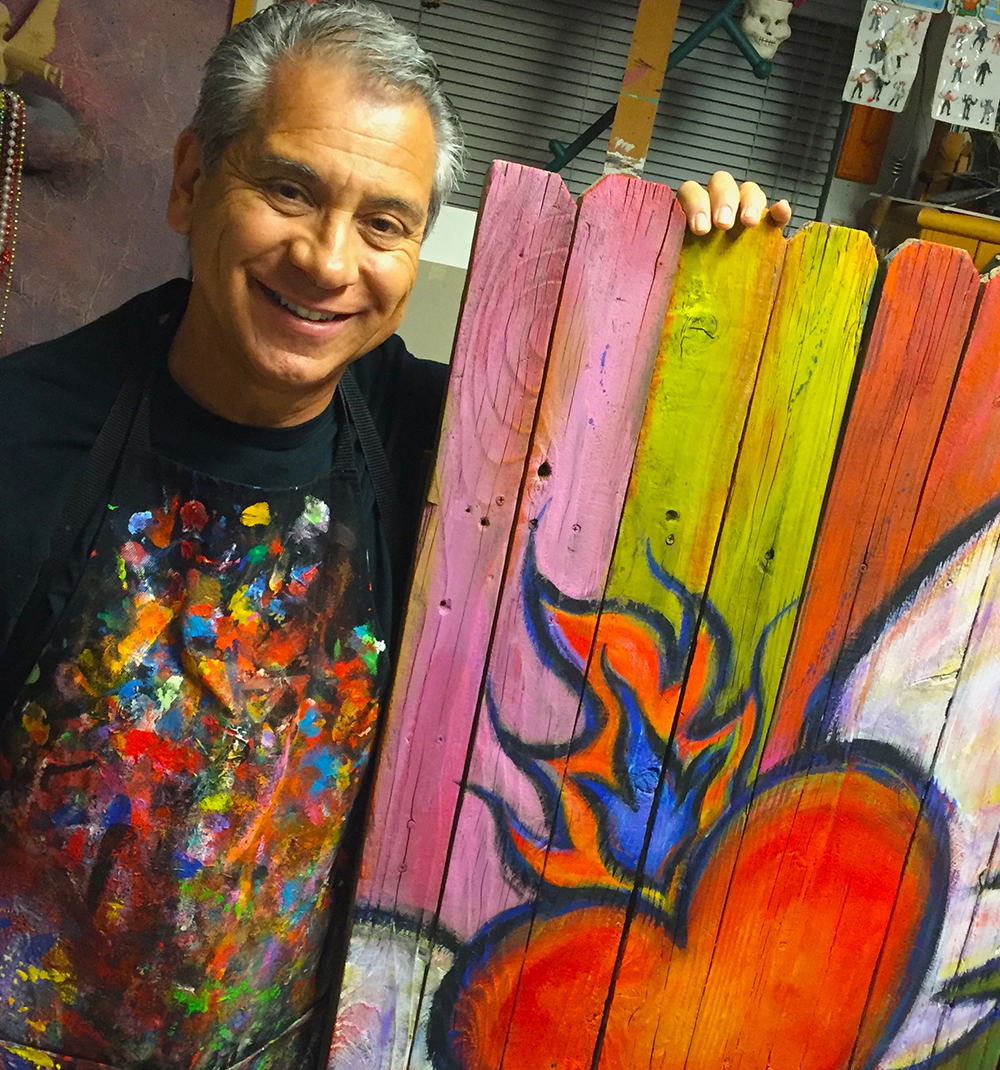 All photos courtesy of Joe Ray

Joe Ray. I’m a creative entrepreneur. I’m a painter, printmaker and sculptor. And most recently, a storyteller. I’m an artist. I operate Maximo Branding with my wife Christine, where I’m creative director, that’s my day job. I’ve been in design and advertising/marketing for over 30 years.

We (Christine and I) also run and operate OMG PetArt, an e-commerce site that focuses on fun/funky gifts for pet lover. That’s a fun venture with a cause component that donates to AZ Poodle Rescue.

But my passion is in doing my art. I love getting lost in my studio and working on several pieces at once. It’s simultaneously calming and energizing for me. I can feel, taste and smell the colors. 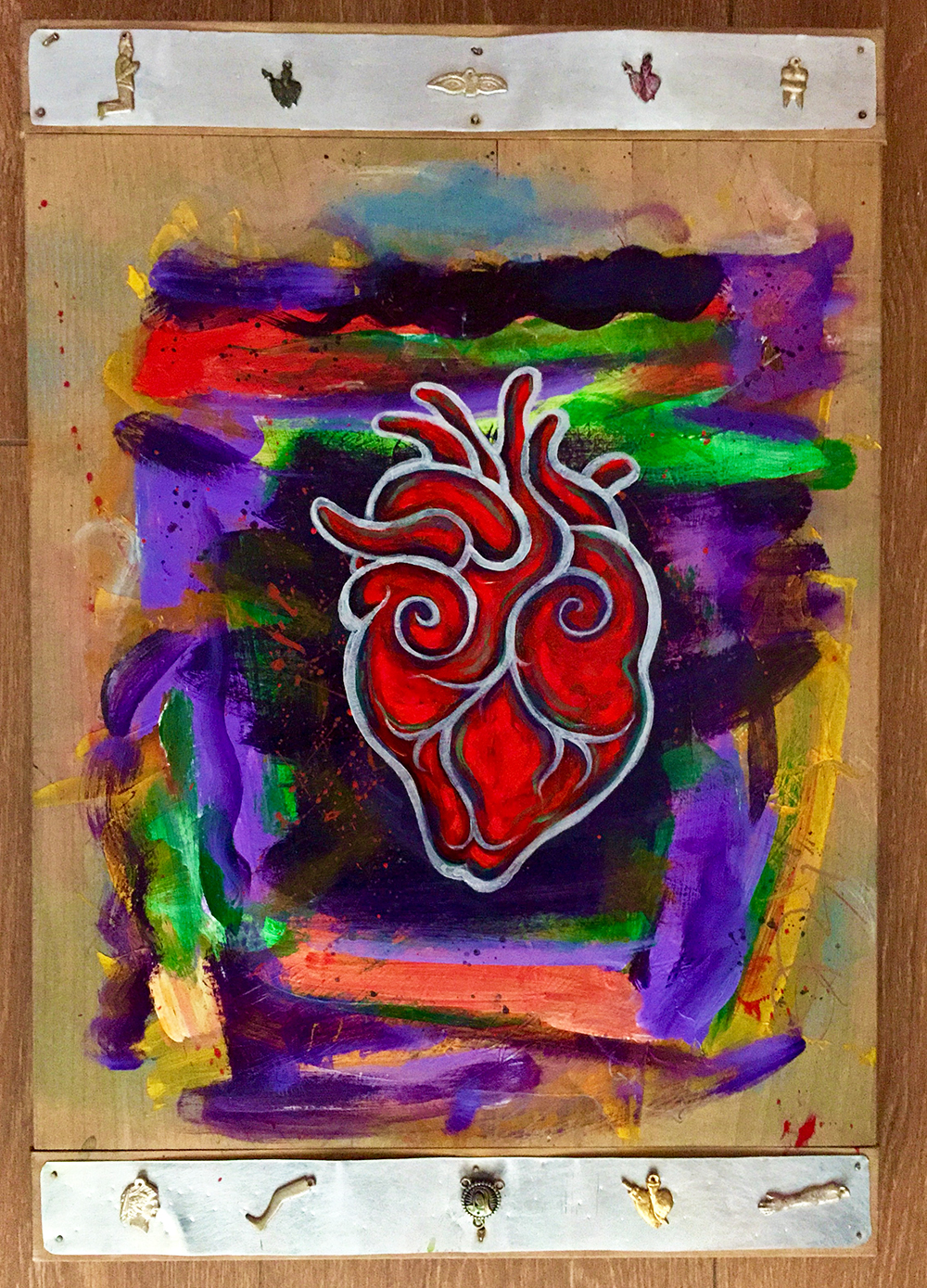 I have a BFA from Arizona State University in Graphic Design. While there I took a number of art classes that introduced me to different mediums and visual ideologies. I didn’t study printmaking, which is probably my favorite discipline in the past few years. I picked that up later from working with other artists and some really good master printers, as well as some mad dog style printers.

When I began my career in design/marketing, I focused strongly on that aspect but the “looser side” of my brain kept calling me to do art. In 1979 (while still at ASU) I met up with and joined MARS (Movimiento Artistico del Rio Salado), a newly formed group of Chicano artists who were bucking the system and getting their work exhibited. There was no gallery space at the time. That would come a couple years later. I met a lot of influential Chicano and Native artists from that point on and established a common bond with a number of them. This camaraderie provided inspiration and that kick in the ass that I needed to create art for no reason other than to express myself.

I left the group while in school (actually they kicked me out as I couldn’t commit time & effort) and rejoined MARS after graduating ASU and participated until the early 90s. I learned a lot, that’s for certain.

I joined Xicanindio (now Xico) in the early 90s and have been part of that organization since then.

So, how did I get my start as an artist? I’ve had the pleasure of being around a bunch of very unique individuals. Some who could be my brothers and/or sisters, and some that I’ve had that short creative interaction with who left those inspirational impressions (good or bad) on me.

Interactions with others. I’m not a shut-in. I like to meet people, chat and listen. Ask questions, provide answers to questions I have no idea about. Learn. Experience. It gets more colorful that way. I sketch and journal a lot. That gets ideas flowing and breaks the ice between the voices in my head and gets them to interact with each other a little more.

However, the best visual inspiration for me is in the written word. I enjoy reading. And when I go to hear an author read their work at an intimate event, I get incredibly inspired. To me, writers are more visually inspiring than artists.

The sun and the light, as well as the landscape and terrain from all points of the state. I like the desert. And the fact that it’s a border state, that is in my DNA. 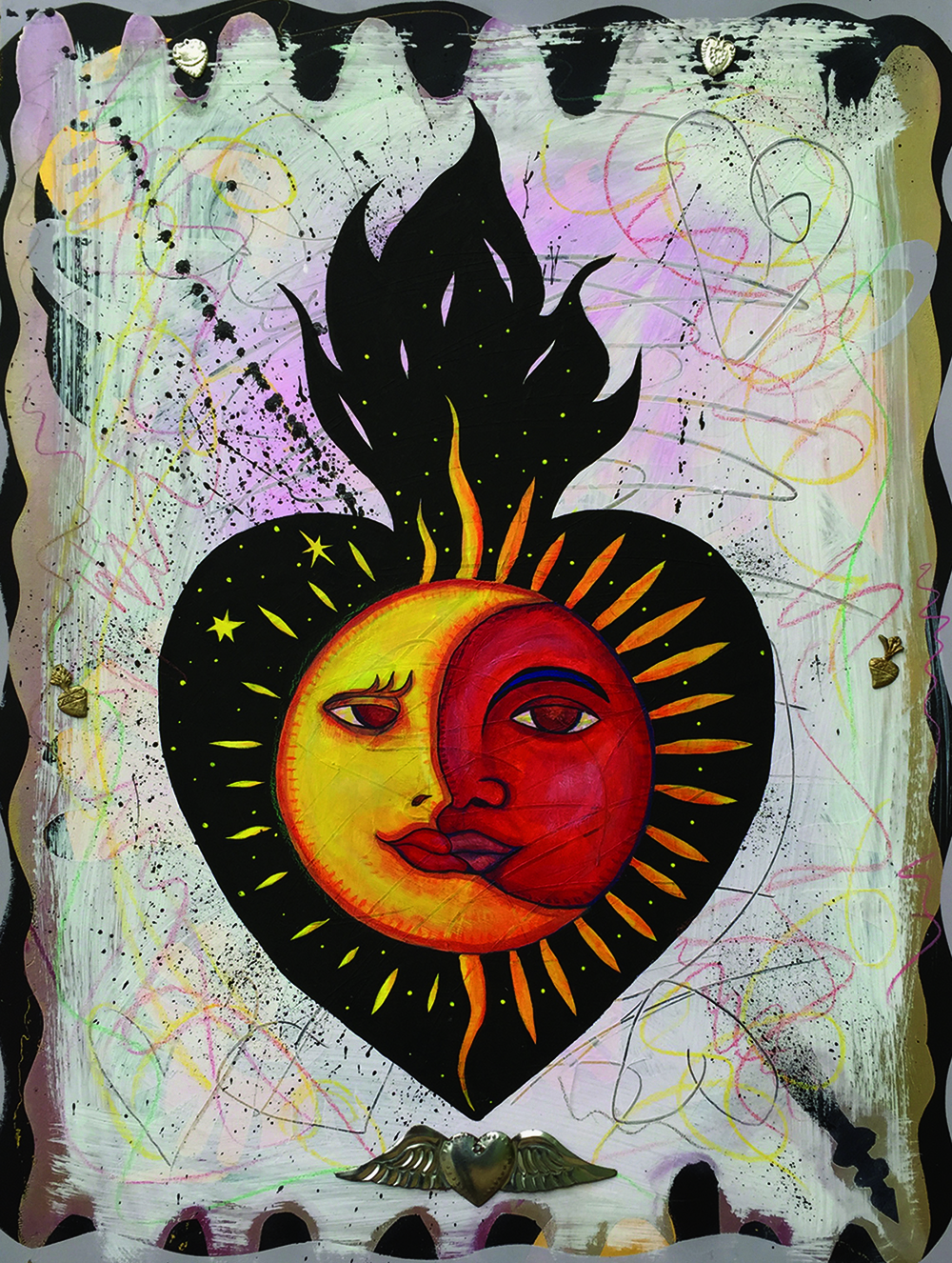 Where can we see your work?

My website is joeray.com. Through the end of October I have a body of work titled Sirenas at The Studio at the Found:RE Hotel in downtown Phoenix. There is always a number of my pieces at Xico, Arte y Cultura on Buckeye Road in Phoenix. Also, I will be part of ACLU Arizona’s 60th Anniversary exhibition titled We’re in This Together, a show that will be on display at Gammage Auditorium during November in Tempe and then travel around the state through 2019 and possibly 2020.

What do you want to accomplish before you die?

I’m too busy trying to figure out life to think about that one. 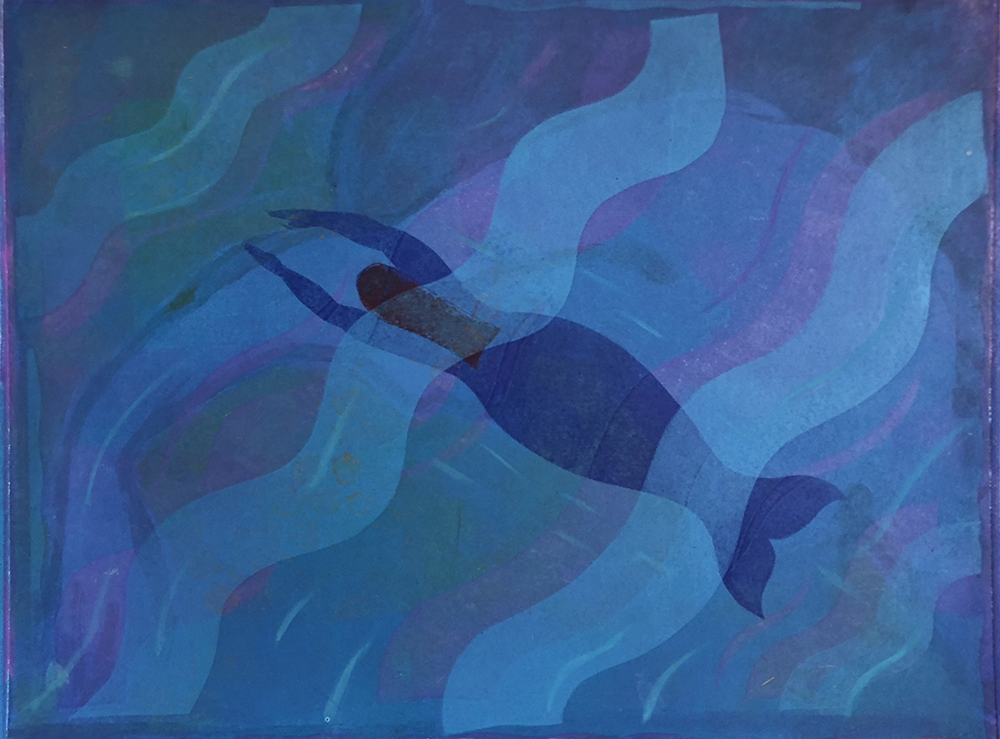 There are a bunch of them. I have too many voices in my head to focus on a specific one. They’re all positive though. 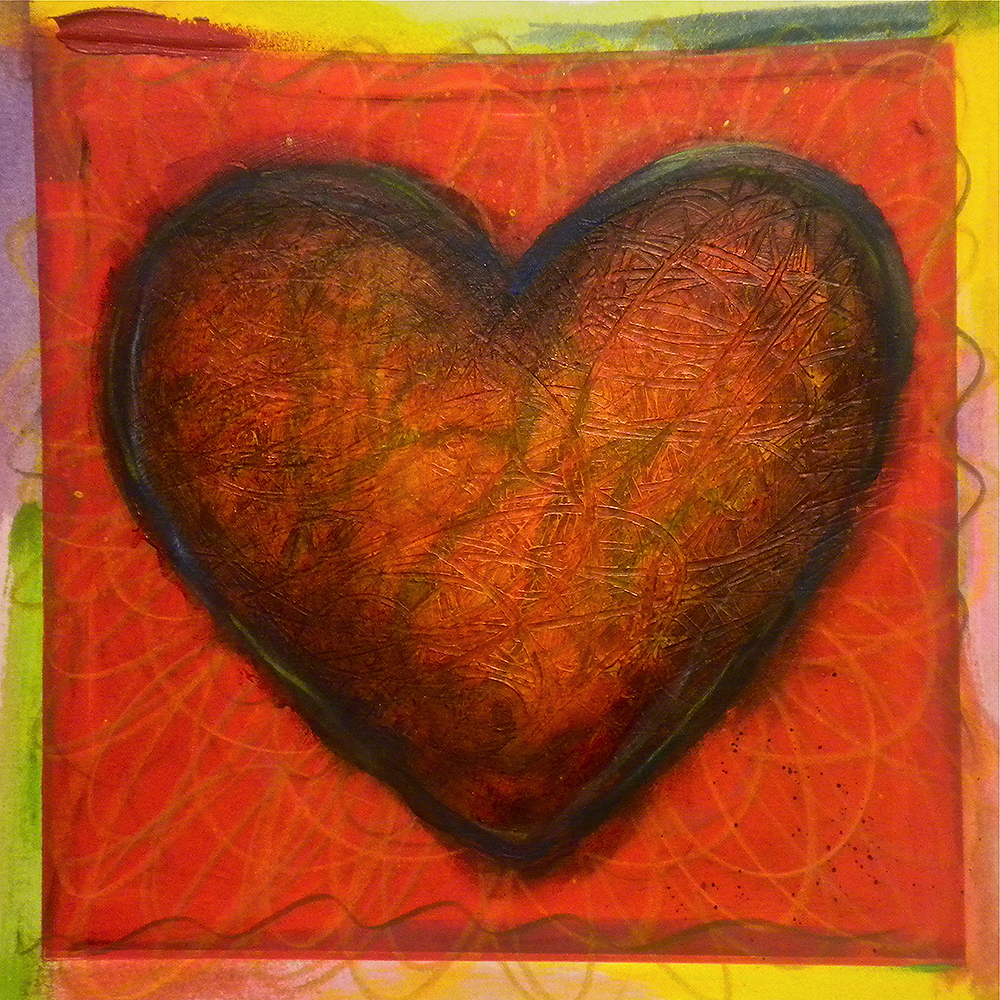 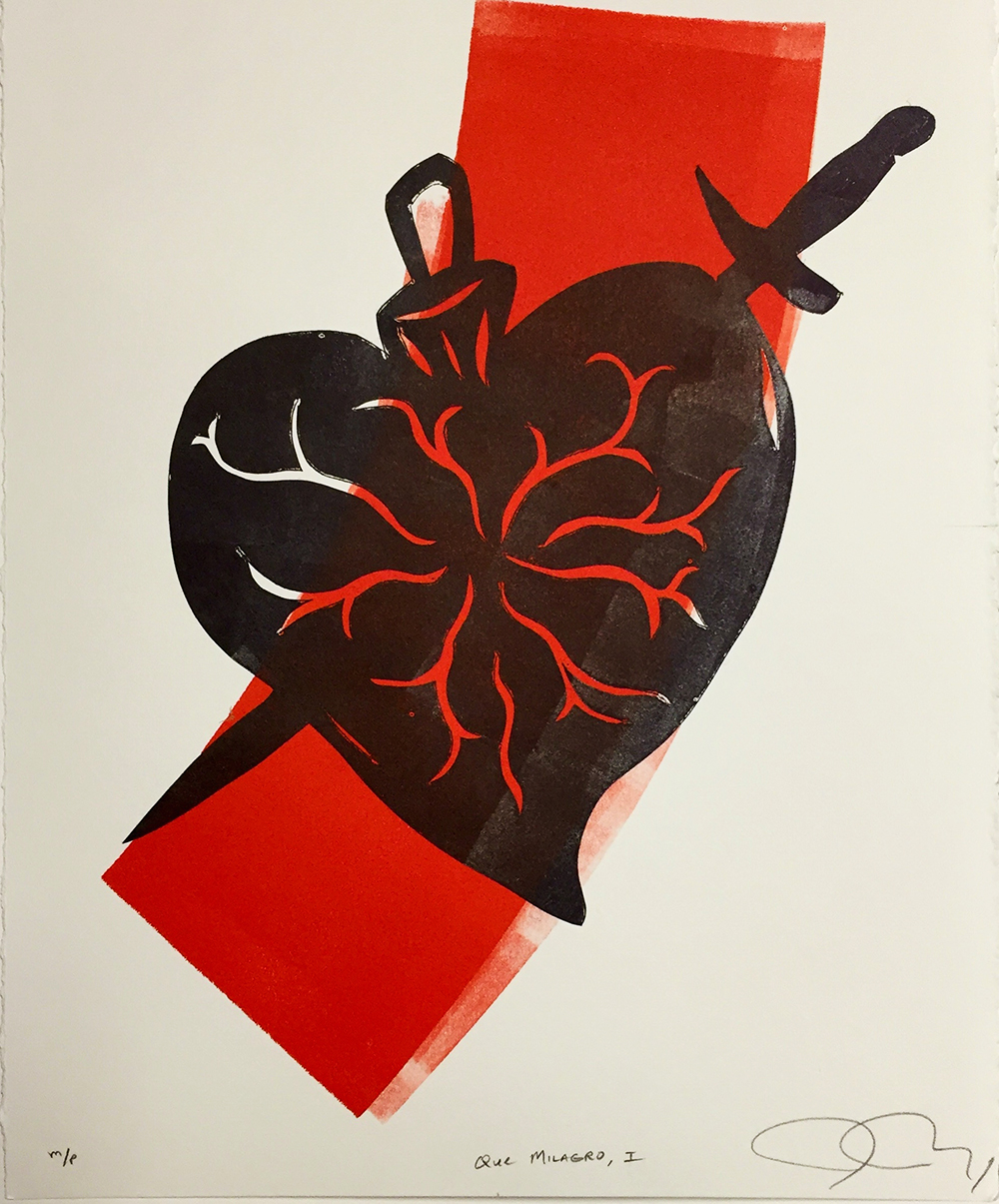