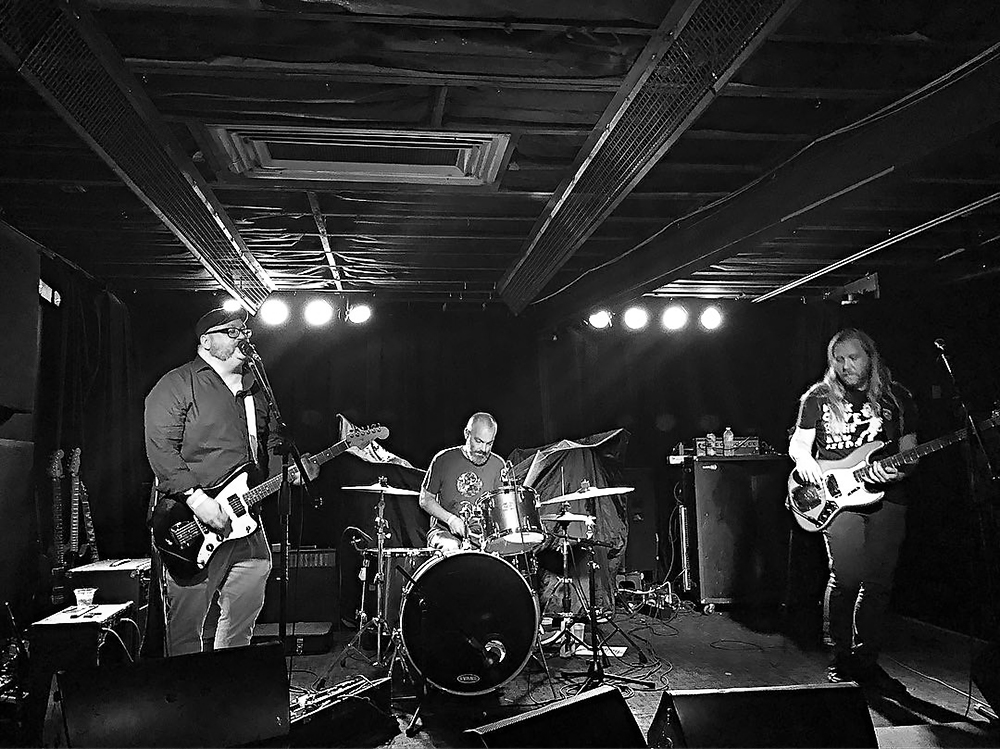 “Social Savvy” is a new column were we interview creatives in our community to talk about the the impact and challenges of navigating through this crazy world of social media as well as how social media has affected in promoting their craft.

In this edition of Social Savvy, I sat down with Jedidiah “Jed” Foster, the frontman of Phoenix rock stalwarts, The Bittersweet Way.  Since 1997, Foster has seen it all with promoting his band in both the pre-social media days and in the current, digital world. In this interview, Foster discusses the differences in promoting before the inception of social media and the present day, and why he will never set up a Snapchat account for The Bittersweet Way.

Allyson: When did you create a social media account for your band? And how was the transition (from physical media promotions)?

Jed: So the original band set-up that I did ever for social media was on the original MySpace. They were the first social media-style platform that actually catered to bands. They had a platform you could put music on and made things easy to share without doing all the stupid JavaScript nonsense. And so, I had a lot of that stuff set up both for The Bittersweet Way and for a band called The Yellow. It was weird.

For those people who are too young to understand, how has your methods changed in promoting before and after the inception of social media?

So because I’m old, we had mailing lists, like proper mailing lists. When I first started playing in bands, most people didn’t have an email address, unless you were in college.  So at that point, email helped. We had email lists even then, but what we had was snail mail lists. I would send newsletters out on a semi-regular basis. I would collect a bunch of crap for a couple months and put it all in a newsletter and send it out and [it] would have things like shows and stuff. But for individual shows, there was lot more physical flyering-type stuff. Which I think is still important today, but in a different way. You take your flyers to Zia’s, Stinkweeds, ASU campus or wherever and hang them up.  And sometimes standing on a street corner handing out flyers to try to get people to try to see your crappy band at a crappy bar.

How did your relationship change with your fans once you created a MySpace account?

It was both a pro and con.  It made interactions with people that were actually fans much more simple and streamlined.  And immediate gratification or despair, depending on the posts, right? Oh, they really like this kind of these kinds of post, this kind of content. Oh, nobody gives a shit about anything I have to say. It kind of goes to extremes. The one thing that really happened in the early days of MySpace, especially bands, is so much fake profile stuff.  It still happens today. It was way more rampant on MySpace, days on end. So in that sense, like we had a really inflated fan base. The actual fan base versus what the appearance of a fan base were two completely different things. So you’d have a handful of people that were really engaging and they would comment regularly on things, and then you have the two thousand other people that may or may not have been real.

Was it easy to get your band verified on MySpace at the time?

There wasn’t really a process back then. MySpace was kind of the Wild West in that sense. Any jackass kid can post a band page and post stuff.  Unless there was a takedown notice. You could pretend to be whomever you wanted until a lawyer got involved.

When did you join Facebook?  How was it different from MySpace?

On a personal level, just over twelve years ago. I got the notification within the last month or so that it’s been twelve years. So I was really early on the Facebook bandwagon, when it got open to the public. But you know, they’re Facebook was a very different thing at that point, too. I also got on Twitter around that time, too. I’ve never created a band Twitter ever. Twitter’s just for me to engage with or ignore at my leisure. But Facebook… as soon as I realized you could have some sort of business page, because [Facebook] wasn’t focused on bands. I set one up on Facebook, and then I didn’t do too much with it for a really long time, just kind of sat there. It was just a thing to say, “Yep, I’ve got it”. Good. At that point, most of the engagement was still on MySpace. So that was the focus. And then, even once the big shift to Facebook happened, I still kind of kind of ignored that as an outlet for promotion. I mean, I would do the normal, “Hey, we have shows,” but there wasn’t much in the way of any other engagement.

Do you add a lot of your fans on your personal Facebook page? And what is that like, if you do?

I do. I used to be very carefully curated on my personal page, I would only add people that I personally knew I had met.  That’s definitely changed over the last few years, but I’m still very careful. When I get friend requests on Facebook, I go and look at their profile and say, “Who do we know and who are our mutual friends?” and figure out why they are friend requesting me. If it’s just because, then I’ll usually just decline it. But if it’s something right and they’re in bands, then I’ll usually accept it just because of the networking opportunities.  Look for two people to help you move some furniture, or, like star in a music video. It’s all really super simple to find.

I held out on Instagram, even on a personal level. I waited a while to join it, and then I super held out on my band [to join Instagram] and used my personal Instagram as a band account. But the band’s Instagram is only a year-old. I feel like Instagram is just like the last frontier. Yeah, it’s a part of the greater Facebook monolith, but it’s your thing in part because the way they restrict things you can put, you can’t just put your url’s in captions to direct traffic.  So Instagram is it’s own little thing.

I have a personal Snapchat. I have it because for a couple of my friends that is their main communication. Not never. It wouldn’t even think about it. God, I was about to say it wouldn’t even occur to me, but I guess it would. I see the type of branding and promotion things that happen on there and it’s actually pretty damn cool, I like the way that all works. But, yeah, it ties back into the same thing. I don’t think that my band is interesting in that way. So I don’t see much point doing it.

Since social media is such a new medium, but it also has become oversaturated at the same time, what are the challenges of having the band on social media?

There’s just so much stuff out there. There’s so many things to buy people’s attention in general. It’s very, very difficult to get your stuff in front of people. There’s so many other people trying to be seen. That’s a huge challenge. Why pick yours when there’s thirty other things in their feed they can view? A million other challenges around social media that I don’t necessarily find personally challenging, just really boils down to the glut of crap.

Do you find social media challenging with the algorithm?  How so?

Yes, very much so. I know it’s a dirty word for local bands to talk about, but pay for promotion on Facebook. It’s not much. Set aside a budget for twenty bucks a month tops for promotion on Facebook because it gets in front of more people. And then when [Facebook users] engage with it, your post count gets higher with natural engagement, because they’ve engaged with your contacts.  That works gangbusters for us. I’ll post something and not promote it, and get a mediocre response. Spend five bucks on something, and suddenly there’s fifteen hundred people that are engaging. It’s kind of insane.

What are the challenges of having a social media account for your band while having a full-time job?

So, having a full-time job and trying to maintain a regular presence on social media for a band is extremely difficult. Not only that time, you can’t sit on Facebook all day long working.  And just time to create content that’s worth a damn to put up there… it’s extremely difficult. You don’t want to just throw crap out there just because I want things to be quality. So unless you’re making money off your music somehow that’s it’s a necessity. Especially if you’re a rock band, it’s more difficult. Now, you wear for guys who all have full time jobs, and they might not be on the same schedules. This makes me sound like a tyrant because I control our social medias. It’s not that I’m not interested in the other guys’ input. It’s just kind of how I filter everything through for the fans in maintaining an image of some sort that I’ve cultivated for half my life. Very heavily curated. Nobody posts an Instagram shot of their shitty day.

If you want to get social with The Bittersweet Way, you can find them on Facebook and Instagram.