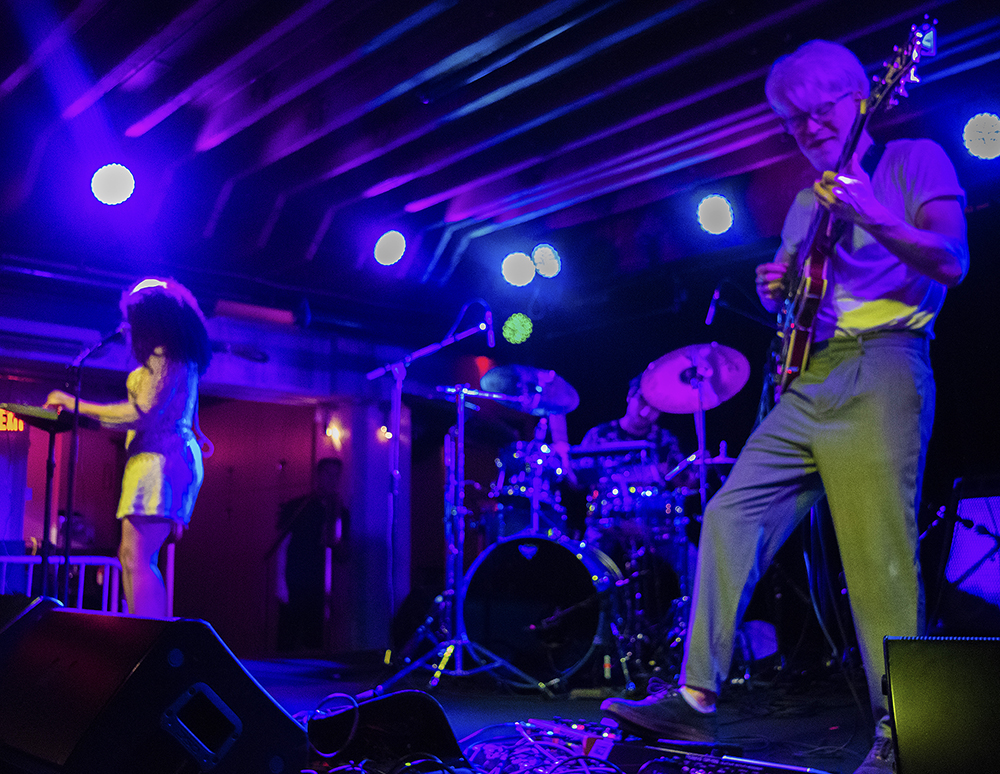 The Maya Spectra | All photos by Logan Lowrey-Rasmussen

Like the elusive nature I closely associate to the musical project known as The Maya Spectra, the interviews I had so carefully curated as a segment showcasing the three individual members of the band had disappeared into oblivion long after their publish date in the summer of 2017, along with the closure of Anima Music Management. Although not too historically far away from the original reference, I found myself scouring for the extensive information relating to their background, and the eventual transition into their current 2018 sound without much luck. My writings on the background of each individual TMS member and their story leading up to their involvement in the band may be currently lost in the source code, but on September 23, 2018, I had finally achieved my goal of catching the trio live in the flesh. Although they were opening for the much-adored KNEEBODY, I couldn’t help but make this unlikely trio the focus of my story.

Since 2016 when I was introduced to their Music Box EP over the world wide web, I had painstakingly marked every rare engagement the band had, only to be thwarted by my mental health or the ebbs of life. Since then, I had discovered The Maya Spectra were much more than a simple trio experimenting with international sounds: their gaps between full-blown releases showed their slow-and-steady creative process, and the occasional appearances they did make on tour displayed their respect for the influences they had curated. I distinctly remember them using the term “omnigenre” to describe the electronic fusion of experimental and international elements which dotted their single-EP catalog and contrasted heavily from it as well.

As much as I could rattle frustration with their gaps in scheduled performances, it’s the exact branding choice which made me yearn for new material and new performances in the first place: an upcoming performance from The Maya Spectra isn’t just a “gig,” it’s an event. Those who follow the trio are quite familiar with their instrumental expertise and camaraderie developed over the years in life and education, as well as the personal cultural backgrounds they bring to the table and feed into their music. 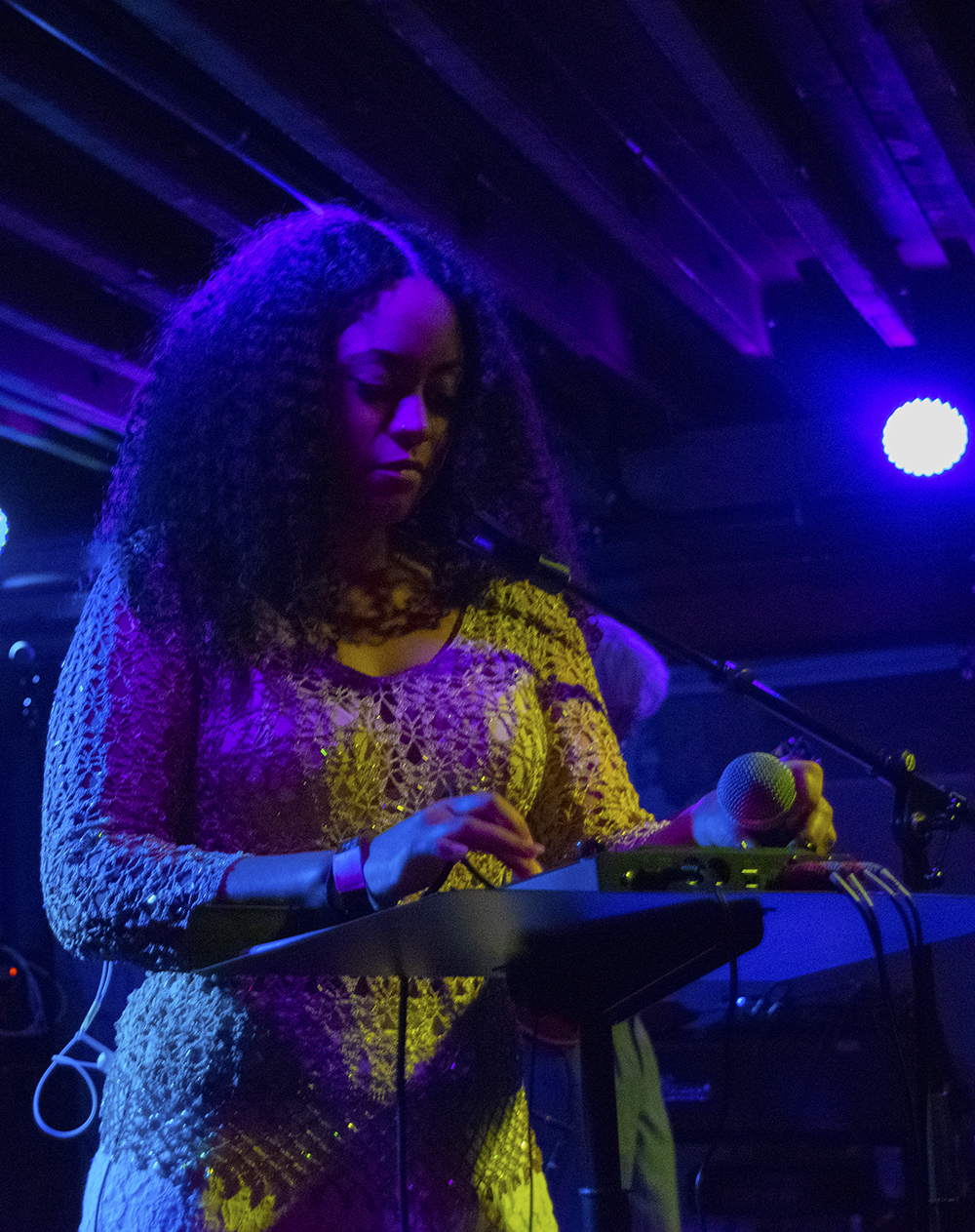 When I caught The Maya Spectra at Valley Bar on Sunday the 23rd, I could already tell by the demographic of the crowd when the trio had reached their proverbial home. After arguing with security on my possible legitimacy of shooting the show and kissing the ass of his long-haired security guard ego, I made my way down to the trendy basement filled with 20-30 somethings who heavily contrasted the gritty, punk crowds I had been covering in the past. This group of 20-40-something year-old Jazz/easy-listening enthusiasts had no bone to pick and were quietly ready for both KNEEBODY and The Maya Spectra.

After the band took the stage and began their rendition of “Tri Bjulbjula” (a Bulgarian folk tune), it became clear that the sweet, indie delivery lead vocalist Janel Blanco offered on the “Music Box” single was put to the side in favor of soulful belt reminiscent of pop standards with a slight gospel tinge. No matter the understanding one possessed about the historically-charged opening number, the “tuff” vocalizations from Janel blended with the funky guitar grooves and interesting riffs of percussion telling the crowd all they needed to know about the heart behind it. Although their compositions clearly had an air of close attention, the improv-like nature Janel utilized on effects pedals, or how guitarist Donald Peña Jr would emphasize a phrase of percussion by layering a riff of his own, contrasts the original poppy nature of their first EP, but does not compromise their integrity. 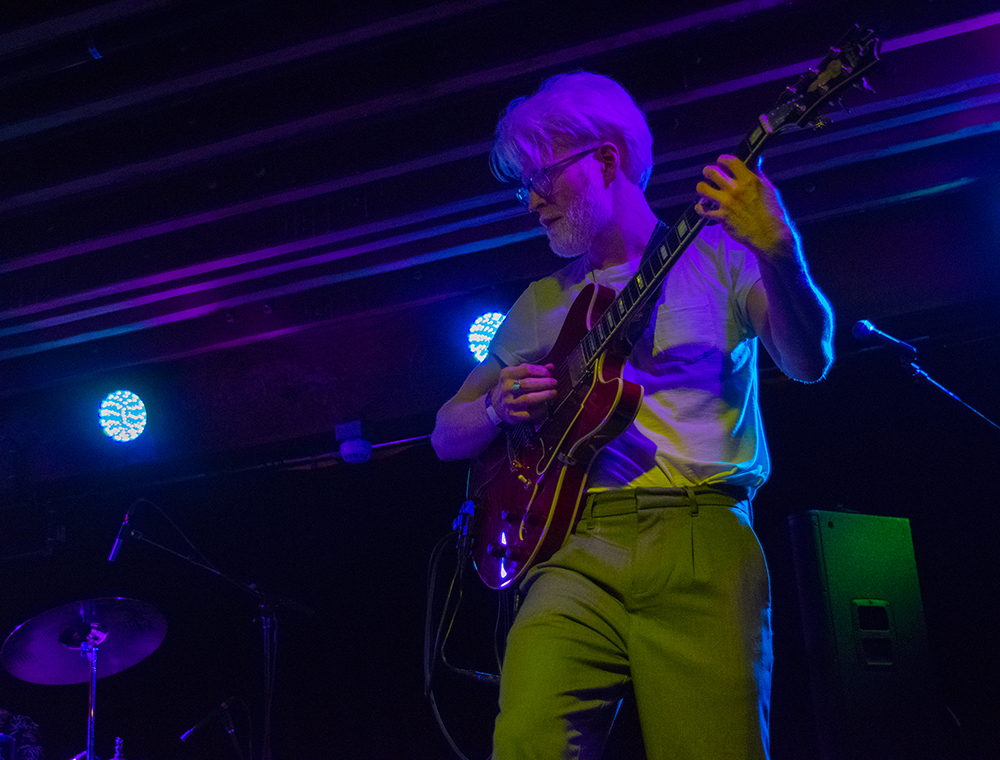 The set continued with an optimistic rendition of a future single titled “Cerulean Eyes,” along with “Tippling,” and “Cursed Roots,” two tracks not found on any of their released work. By this time, drummer Julian Peña also flexed his supportive arm by carrying the more improv-like sections with a strong foundation in percussion and a listening ear to his fellow musicians. After an introduction to “Cursed Roots” and positive stage banter between Janel and the crowd, longtime Maya Spectra fans present were treated to two callbacks to their original aforementioned EP: “Quicksand” and “Encompass Me” still possessed the electronic backing the originals contained, but the live instrumental elements donated by Donald and Julian made the licks oh-so-much-sweeter. Their studio recordings always have an air of a multicultural electric symphony, but their live performance of these tracks showed the crowd they were not just pulling smoke-and-mirror DJ tricks on the privy crowd.

The set ended with “Where I’m Coming From,” a tune with tones of finality contributed by much of the crowd’s enthusiasm, who had just discovered the lavish, yet humble trio. The walk out of the venue for me was bittersweet: like a homemade meal, I gobbled their delicious performance down immediately, only to be disappointed by the finality of the empty plate. I could have pouted since I knew it would be a while before I could catch their set again, but the musical serenity the band offered to the club put a smile on my face I couldn’t deny. 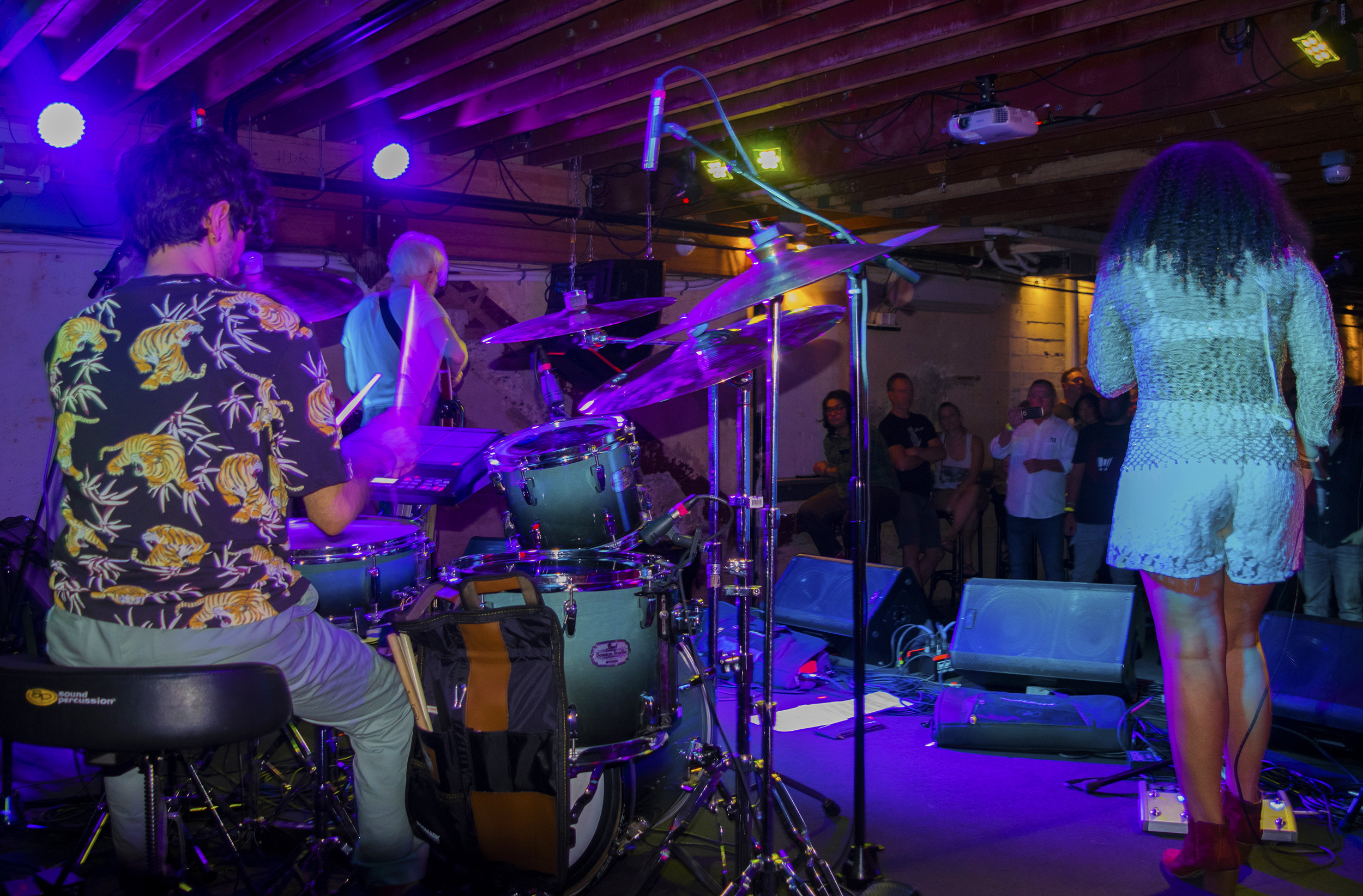