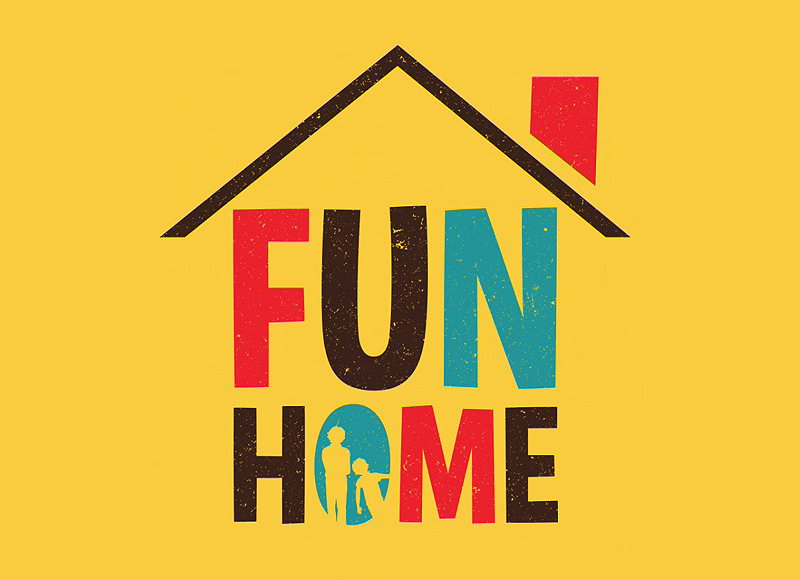 I still remember the first time I listened to the cast album for Fun Home. In reaction to buzz in the Broadway channels, I downloaded it, somewhat unsure of what to expect. Almost immediately, I understood why people were so excited. It felt wholly different. Unique. Special. I continued listening for weeks. Even before seeing the show live, it slid comfortably onto the (albeit long) list of my favorite musicals.

So, Phoenix Theatre’s production had a lot to live up to. I went in with a special fondness, but extremely high expectations, and this new production absolutely exceeds every inflated hope. It is of the highest caliber, showing thoughtful reverence to a work that deserves to be treated as such. Whether you are familiar with the show, or it has not yet made its way into your life, now is the time to catch it. While it’s playing in downtown Phoenix, in the intimate Hormel Theatre, with performances and staging that are just as powerful as those in the national tour.

Based on a graphic novel by the same name, Fun Home is an Alison Bechdel memoir. She shares very intimate details about her tumultuous childhood, the joyous and the tragic. As she discovers who she is, she realizes her father – the most influential person in her life – is not the man she believes him to be. Fun Home opened on Broadway in the spring of 2015. It received 12 Tony nominations, winning 5, including Best Book, Best Original Score, and Best Musical.

The set is brilliant inside the Hormel Theatre. With smoky translucent panels that open, allowing pieces to roll on and off. Behind them are stacks of boxes full of Bruce’s junk and treasures, and surrounded by lamps of varying shapes and sizes, occasionally providing beautiful ambient backlighting. Reminiscent of a garage full of things we do not and will never need, but we also cannot bear to part with.

All 3 of the Alison’s are absolutely riveting. Becca Ayers serves as the narrator, the glue that holds the non-linear story together. She is on stage throughout, drawing and captioning, and Ayers has just the right level of presence. There were several phenomenal moments in her performance, and “Telephone Wire” was the most impactful. She is trying to hold on to a precious fleeting moment, retrospectively aware of how it ends, revisiting the pain as she watches it slip away. Kaitlyn Russell’s portrayal of Medium Alison, at the stage in her life when she embraces her truth, is also impeccable. And Olivia Feary is spectacular as Young Alison. “Ring of Keys” is an anthem that holds such a place of significance to so many, so it is so important to get it right. And Feary gets it right. Very much so.

Rusty Ferracane’s portrayal of Alison’s father Bruce is inspired. He is the show’s most complex and flawed character. A broken man so ashamed of who he is that it breaks him. He is a teacher, a father, a mortician, and a madman. Ferracane develops each layer so the incongruencies feels plausible. And his wife, Alison’s mother Helen, is portrayed adeptly by Elyse Wolf. A woman who accepts her fate, but does everything in her power to prevent it from being Alison’s.

Ian Gray (Christian) and Griffin Raia (John) are welcome beams of sunshine in this often dark world. As Alison’s brothers, they remind her of the fun times of her youth. Gray and Raia are both adorable, with the acting chops necessary to pull off scenes like “Come to the Fun Home.” Lauren McKay gives a strong performance as Joan, with the charisma needed to understand the impact she has on Alison. And Drake Sherman is youthful and innocently charming in his multiple roles as Roy, Mark and Pete. It is a tremendous ensemble, showing the depth of character, the whimsy, and the tragedy required by this powerful piece.

Fun Home runs through December 2. Tickets start at $36 and can be purchased on the Phoenix Theatre website. There are also several flexible season ticket options if you want to catch some of the other great shows on the docket. Single tickets or season tickets, I am confident you do not want to miss this stellar show.