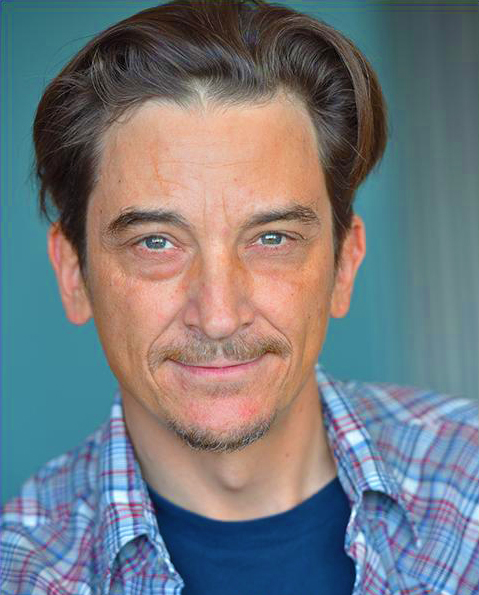 This sounds cliche, but I’d be lying if I didn’t parrot the common answer; “I got my start in childhood.”

My folks were very keen to expose me to culture from an early age. I was quite spoiled with culture. Early exposure to live music and musical theater, as well as access to cinema and cable television, inspired creative play, acting and performing with my siblings and neighborhood friends. I would organize neighborhood kids to participate in plays and short films, which we “produced”. I say produce light-heartedly in retrospect, but I took myself, and the creative process, every bit as serious as I do on big Hollywood projects today.

We did dozens of productions in childhood. We were keen to the art department, the sets, wardrobe, props and special effects. We were serious. I would scour the library for “how to” books. How to draw figures. How to create make up effects. How to light for video and film. I’d check out every book and read every article I could. I was a real autodidact. I may have been precocious, but I carried that serious passion for performance and arts into adolescence.

I began painting at age 12. Introduced to the impressionist painters on a family trip to the National Museum in Washington D.C., I swiftly acquired a set of old oil paints from a neighbor (who gave up “the hobby”) and I immediately fell in love with getting into that “creative zone. ” I really get into a meditative state when I’m creating and I think I recognized that as “communing with God” from a very early age. I carried on through junior high and high school painting.

But, I worked as a graphics artist for a real estate firm, and began experimenting with xerography (a.k.a. electrostatic thermal printing) making my early oversized collage pieces on office copy machines. That’s how I migrated from painting to collage. It was part inspiration (Warhol) and part original innovation. This innovation earned me advanced-placement university credits in studio art from Princeton Review, which along with winning juried awards, encouraged me to pursue fine-art seriously. I was very, very lucky to have an incredible humanities department at McClintock High School in Tempe. Between learning the core skills of studio art, alongside the craft of stage acting, improv and vocal performance, I really benefited from a wonderful and inspiring staff of teachers, many of whom I still call friends today.

By the time I left film school at Scottsdale Community College and earned my diploma from Conservatory of Recording Arts and Sciences, I was already working professionally on motion pictures and touring Broadway stage plays through the IATSE (stagehands union) referral hall in Phoenix. I joined IATSE in 1998 after working in the art department with Catherine Hardewicke (Twilight, Lords fo Dogtown) on the Warner Bros. blockbuster, Three Kings, with George Clooney, Mark Wahlberg, and and Ice Cube. I’ve proudly been an active member in IATSE now for twenty years.

Being in entertainment provided me down time between shows to create art and it also provided me remnant art supplies and lighting filters to use on my personal art studio projects. So, it was in these same years I emerged as a fine artist, in the early iterations of Phoenix Artlink (1992-1997). Back then, we had Art Detour and a few rogue spaces hosting events on First Fridays (or any given Friday). Spaces were more spread out, and Roosevelt Row was nonexistent.

I would tag along the artists at M.A.R.S Artspace, Metrophobia, and the Faux Cafe, gaining credibility and inspiration from local legends like Marilyn Szabo and Beatrice Moore, as well as the late Rose Johnson, Steve Gompf and Erastes Cineadi. I did video art and installations at Alwun House art party events, and underground warehouse raves at venues like the Ice House. After a very well attended group show at ASU’s Art Gallery in 1997, I was invited to exhibit solo show at David Cook’s infamous, 11 East Ashland Gallery and from that show forward, I’ve been celebrated as a fine artist.

By 2007, I was well established as an artist, having exhibited at hat point in eleven cities in seven countries, and represented by galleries in Chicago, Phoenix and Los Angeles. 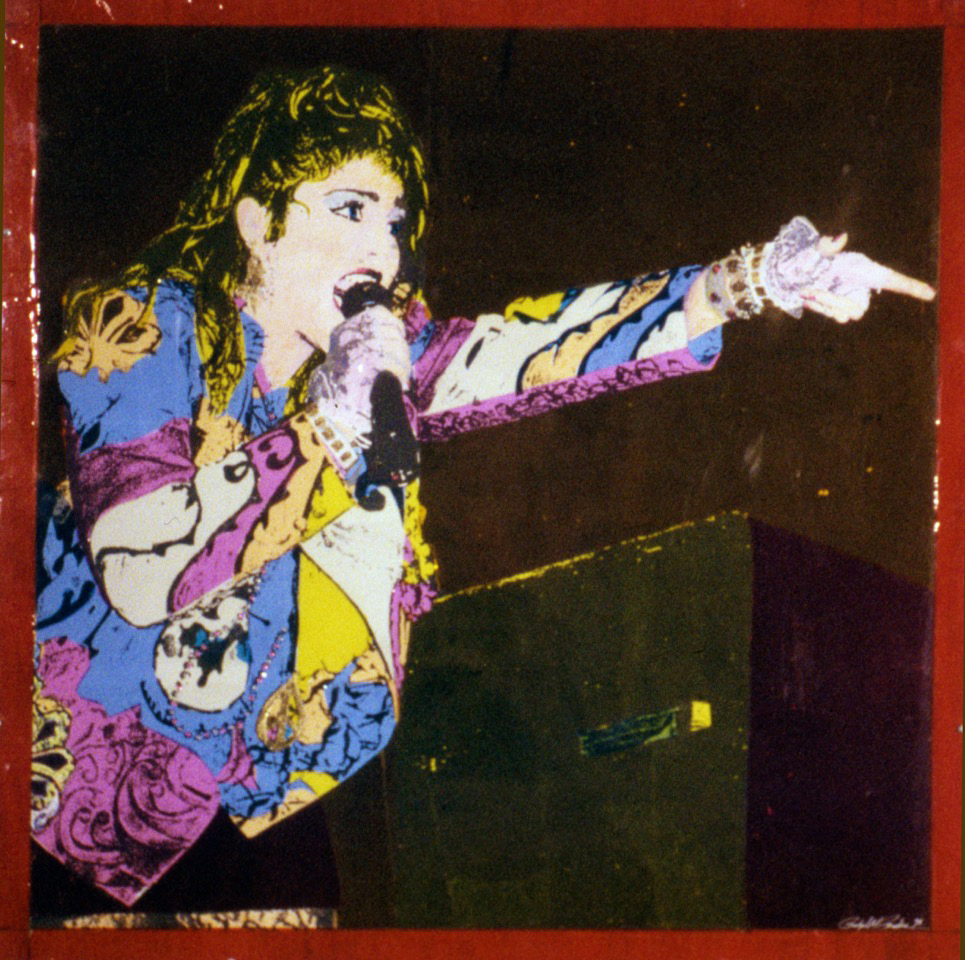 All of the above mentioned people, and so many more. It’s people that inspire me. I love people. Especially creative people. Past artists. Past patrons. Contemporary artists and the contemporary patrons. As an arts community, we really feed and nourish each other with encouragement and inspiration.

The open space. Space is abundant in Arizona. Space to create art. Space to show art. Space to discover art. Quiet space. Crowded space. Space to get out; of your own space. Not many of the top ten cities can say that they provide limitless space. That makes for a really (physically) liberating environment. People complain about the masterplanned communities. But they are also works of art. The neighborhoods are like if Warhol did real estate as massive art public art installation piece. The homes are mechanically repeated structures for blocks on end. And then, boom! Someone builds a random eyesore of a custom home. I love that guy!

There’s always something quirky tucked into the mundane, like a James B. Hunt art piece fettered to a park fence unbeknownst to city maintenance for weeks. And it stands out in the wide open space, amongst mundane conforming structures, where it would be lost in all the diversity (and congestion) of another city.

Also I like the sunsets. No one else gets sunsets like Arizona sunsets, not anywhere else on earth. It’s incredible. 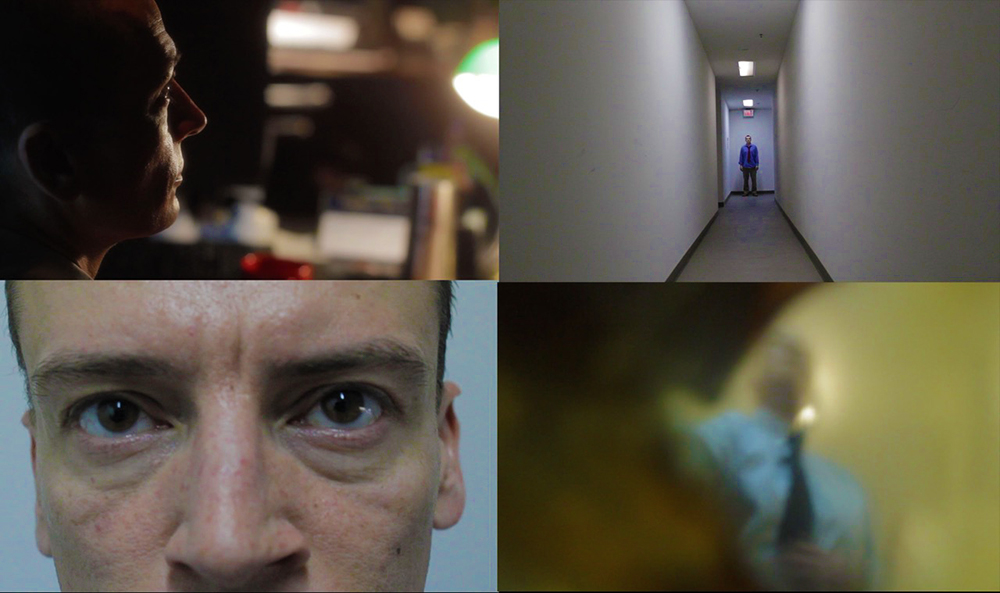 Decentered c..2018 4 up stills from the forthcoming October 13th release

Readers can always visit MyAwesomeArt.com to see current collections and series of works available for exhibition and collection.

For my video art, I am a resident artist at Found:RE Phoenix, a boutique hotel downtown that features fine art and caters to creative clientele. My video installations “Sky High with Skipper” and “Clouzot Revisited” are in a continuous loop on the the three story exterior wall, facing south on Central Ave. So if you go anywhere near the Museum on First Friday you will probably see it “Sky High With Skipper” or “Clouzot Revisited” being projected. I will unveil a new video art piece on the exterior wall at Found:RE at the October, First Friday.

Lastly, I have two art films available. My 2012 release Lighthouse Lane is currently available at Amazon Prime. The second film, Decentered is set to premiere in the Phoenix area on October 13 and The Second Place Film Venue in Litchfield Park. I invite you readers to come out to meet myself and the star of the picture Phoenix Conrad.

I’d like to research and compile the most influential artists and art works at the dawn of the millennium. I’d like to focus on those artists that encapsulate the current movement in the US and UK; which I call the Meta Art movement. We had Dada, Modern, Pop and now Meta. “Meta Art” entails art that references other art. Like it’s precursor, Pop Art, which gave way to new media and new subject matter, the Meta Art movement may very well be rooted in Dada and Marcel DuChamp’s “L.H.O.O.Q.”, which rectified the Mona Lisa, in Dada terms. Most meta art today follows this trope, whether it’s Shepard Fairey’s “Andre the Giant Has a Posse”, Banksy’s, “Kate Moss”, Randy Slack’s, “That Was Then, This Is Now” or my own “Pursuit of Happiness”. It appears the current movement is ripe with references to past artists, and past art. So, I’d love to document our movement academically before I die. 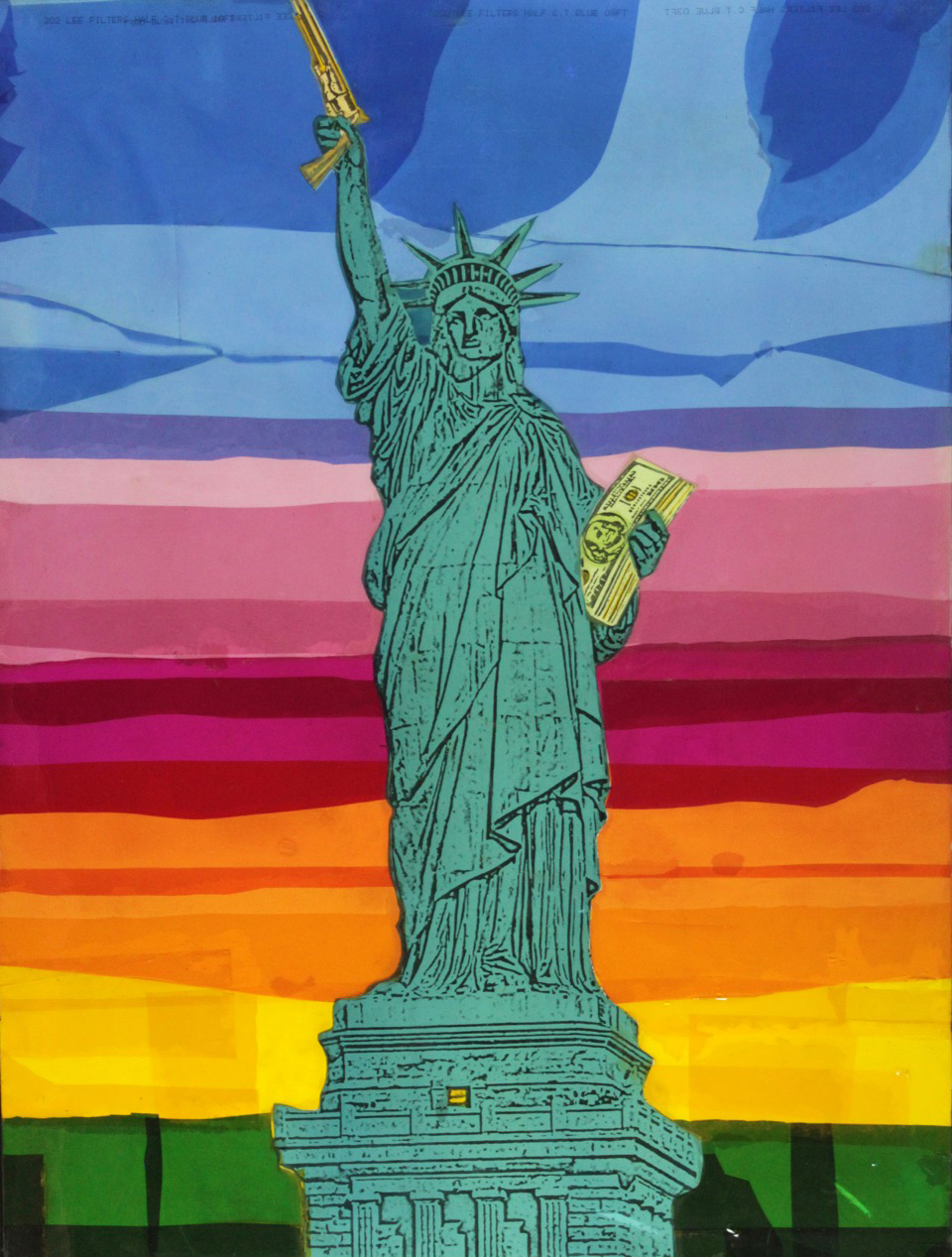 Love and hate go hand in hand, it’s true. Which hand you grip tighter is up to you. 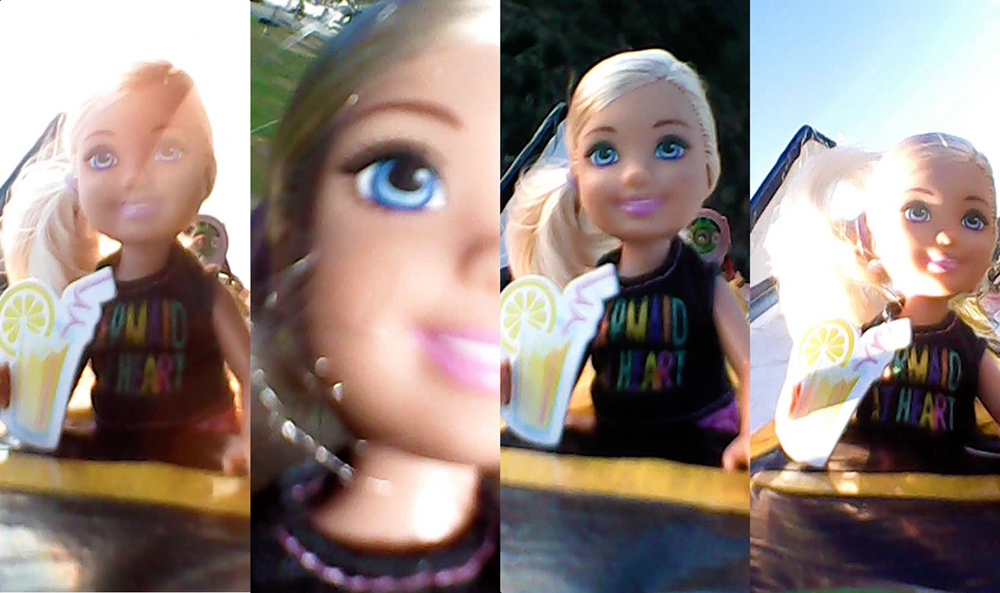 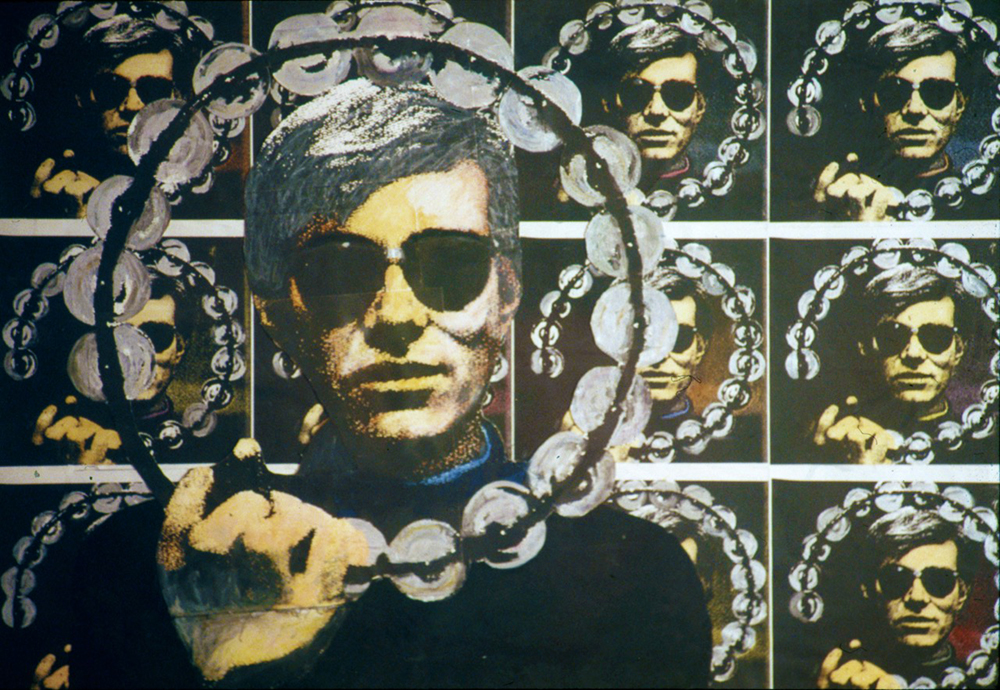 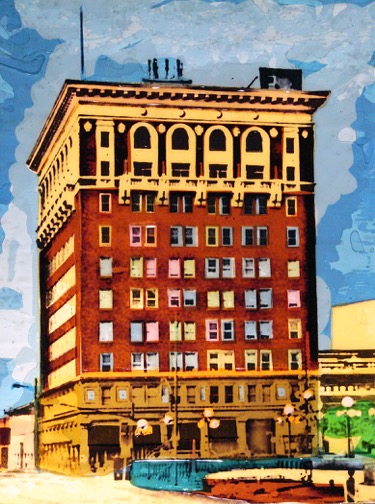