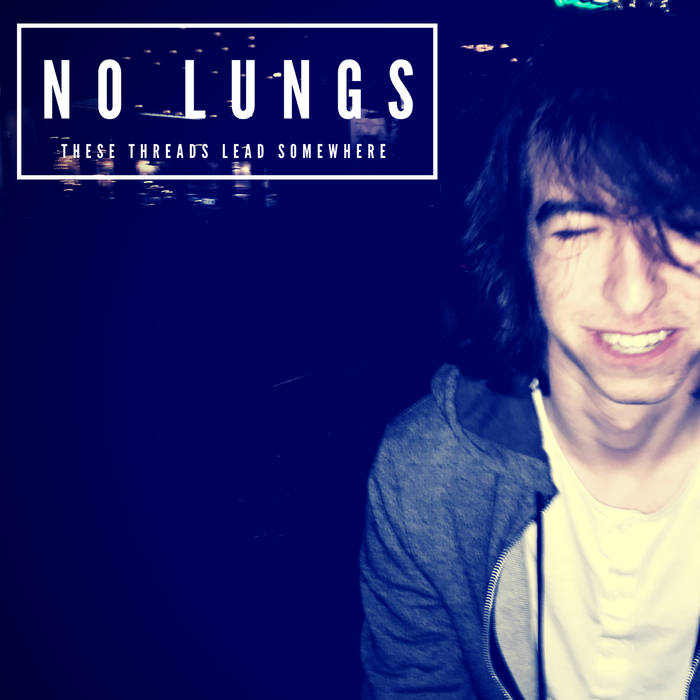 After I attended the last Phantom Party show back in May, there sat in my mind questions of, “what next?” for the musicians comprised of the surf-punk-rock unit. While Matthew Slusser (formerly on bass) has been incredibly visible with his “Getting Stoked” podcast, I became interested in the small taste I received of former drummer Austin Ryan’s solo project No Lungs, as he performed a passionate set during the said-farewell show.

Over the course of weeks before this interview, I was able to become familiar with Austin on a personal level and learn more about the history behind his new pop-punk solo-act which would release two albums during his former tenure as Phantom Party’s drummer. Instead of releasing more new material however, Austin piqued my interest when he mentioned he would be re-recording both albums with new studio takes. As someone who is obsessed with musical comparisons between sessions, albums, and releases, curiosity got the better of me and I sat down with Austin Ryan before the re-release of his first album to dig into his brain a little deeper on the creative choices behind These Threads Lead Somewhere and Never Live It Down.

Curiosity usually kills the cat, but I’m a craftier son-of-a-bitch than that.

Logan Lowrey-Rasmussen: Can you give us a background on what you’re planning with No Lungs and your released albums?

Austin Ryan: Right now I’m… re-recording [two albums] I put out front to back, I plan on putting them out this year in August [released Aug 3], [and then] in December.

I find it really fascinating when artists decide to revisit their past work and possibly rework it in new sessions. From a musical perspective, are you reworking mostly the lyrics, composition, etc?

I’m trying to keep [the music] as close to the source material as I possibly can, but in some instances there are going to be [instrumentals] where I switch it up and rework them a little bit, but as far as lyrics, there aren’t too many changes in lyrics. If anything, there might be a change [in phrasing], but it’s going to be directly taken from the source material [and] put into something brand new. What suffered in the first version is that I wasn’t taking them very seriously, so some of the performances were.. lackluster?

So, I had a listen to some of the tracks you sent me for comparison purposes from your past/upcoming work(“Ghosts Don’t Know, “Everything Breaks In Unison, “All Is Well”), and I noticed you only sent me tracks from one of the albums you are re-working (These Threads Lead To Somewhere); why did you omit the inclusion of songs from your other release, Never Live It Down?

Well, I didn’t begin yet [chuckle]…

… and the ball drops!

I’m taking my sweet-ass time on both of them, and with this time around, it’s a new concept. With the last two albums, I rushed as quick as I could and had fun, didn’t care if things were in tune, and took the first vocal take I could get. I finished These Threads Lead Somewhere first and then did a split-EP with three more songs, and then began Never Let It Down totally rushing it. From then, I decided to focus my efforts on the first album and the marketing of it. 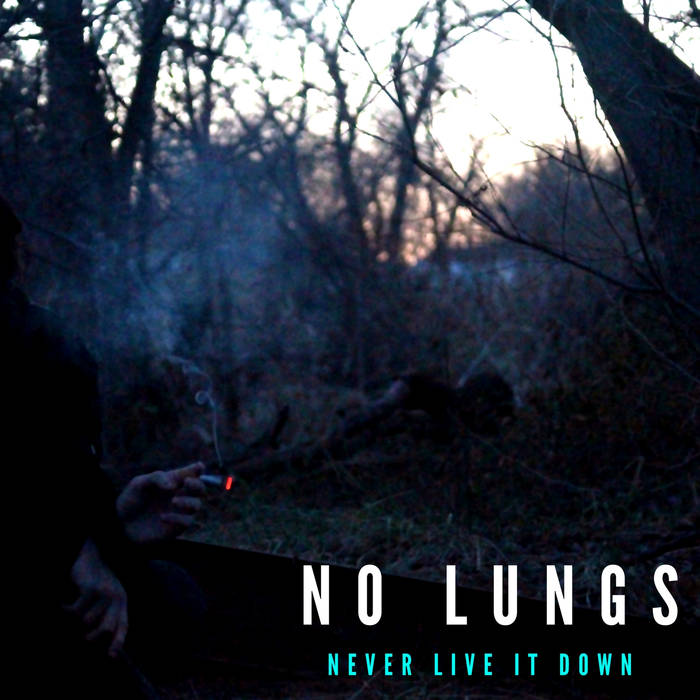 There is a very raw quality to the albums you mentioned. I’m sure other musicians can relate, using the first take professionally can sometimes be a horrifying ordeal since you’re using the first draft of something potentially rough. It’s a solid work, but that raw strain is there.

There aren’t many people who point out how raw it is, but I knew I could do it better. No Lungs got to a point where I wanted to put my best foot forward this time and make it more [refined]. I like every single song, but I knew they could be better. Songs like “Ghosts Don’t Know” had a few mistakes I left in, and this time I [added mics] to the drum set to [refine the sound]. I also sang the first album in a higher, nasally tone which I was [unable to reproduce live]. I grew into the voice I have, but the vocals on this version have a slight bass opposed to the nasallyness in the first version.

What was it like performing in No Lungs and Phantom Party simultaneously on the same night? Did it mess with your creative mojo? I remember you did do that cover of “Catholic School” as an excerpt…

When I was starting to get serious with No Lungs, Phantom Party started to end. There wasn’t any overlap, and Matt was the one who asked me to play the [farewell show]. I said to myself I wasn’t going to invite [No Lungs] into this party, so it was nice he invited me. No Lungs is what I always wanted to write [musically], while Phantom Party was a band I was in with my friends and surf isn’t really my kind of music.

Do you have any collaborative plans for No Lungs?

I’ve been approached by a few people, but I’ve been focusing on doing everything myself. Every sound you hear is all me, the only real help is what it comes to my friends who play with me live. There is definitely collaboration when we play the songs live, because I don’t want them to play the songs exactly like the record, but add their own little things to it and make it their own. As far as the record goes, I’m not looking to collaborate at the moment. I wanted to emulate the record in a live setting and managed it with “Ghosts…” but the [vocal demand] was too much.

You covered the MGMT song “Kids” earlier in your discography; do you have any other plans for covering other artists’ material?

After I finish an album, I do find myself playing covers. I did MGMT, and a Car Seat Headrest song (“Destroyed by Hippie Powers”), and I used it to test out my new equipment. I covered “Always and Forever” by Sore Eyes when I did a split EP with him. Those are the covers I have now, but I’ve been thinking of doing Tame Impala, but I’m afraid to butcher it.

Do you have any future plans for aesthetics, music videos, visual elements, etc in your live settings?

I’ve put a lot of thought into the aesthetic and stuff like that. No Lungs started out and continues to be my number one priority as a recording project. I have people play with me live and I’m always down to jam [with other musicians], rotate if they’re ever interested, but my main focus is on the recording. When I watch live performances, I think it would be cool to have an aesthetic in that setting as well; down the line, I definitely would like to focus on that. I’ve had thoughts for music videos, and wanted No Lungs to have a darker aesthetic, but not Goth.

These Threads Lead Somewhere is definitely more of a poppy album than [Never Live It Down] and maybe I’ll take more pictures when that one drops with blood on my hands or something [chuckle].

It’s always a pleasure Austin, and it was great catching you at the final Phantom Party show as No Lungs, as well. As a Clint Eastwood type would say, do you have any last words [for your fans]?

These Threads Lead Somewhere is out now wherever you stream music, or you can download it at nolungs.bandcamp.com.  Every download comes with the first version of the album as well. I can be found on any social media under the username nolungsaz; and to people that already listen to my music, thank you so much for the support!

Catch No Lungs along with Bradley Palermo, Ghost in the Willow, and Bryan Thomas Parker at the Time Out Lounge this Friday, September 21.