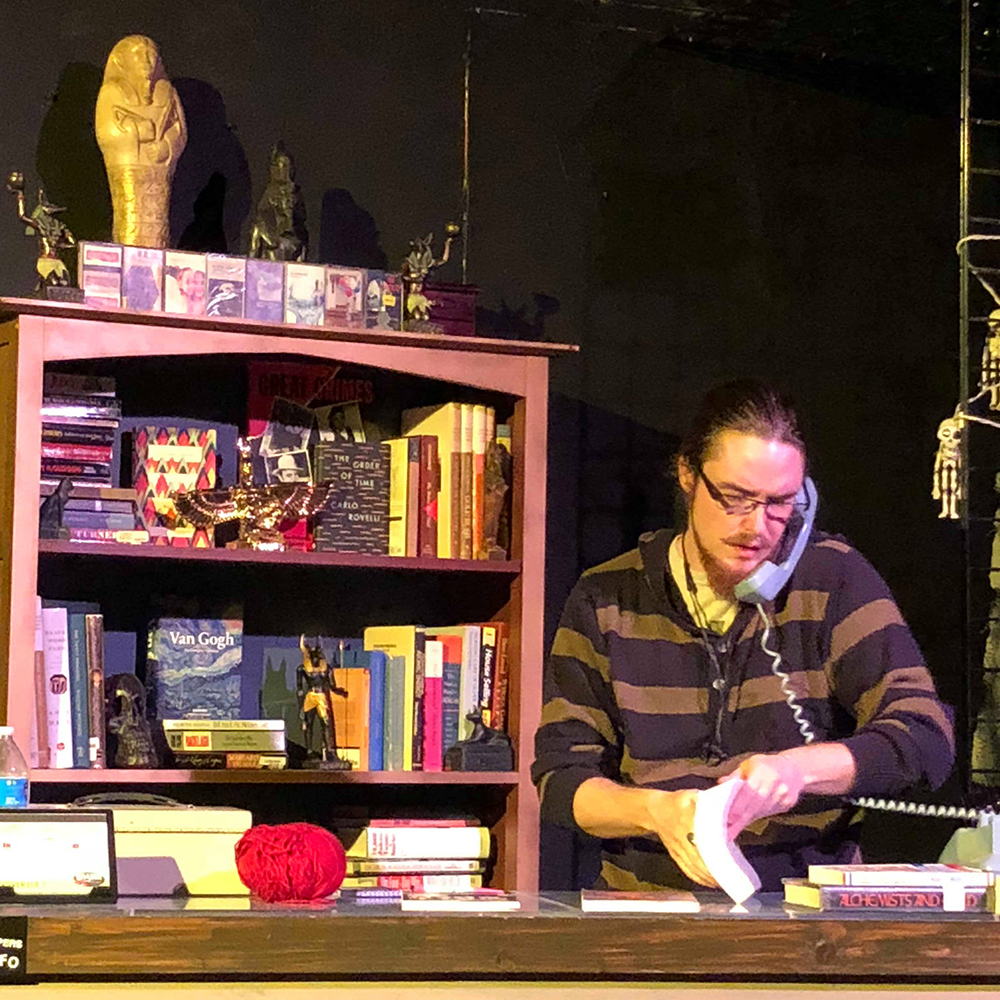 All photos by John Perovich

I recently had the tremendous pleasure of attending The First Annual Bookburners Convention at Space 55. And man, am I glad I did. This new play, by local writer and performer Ashley Natule, is one of those rare and precious pieces that rises to an unforeseen level of expertise. Often new works, even those that eventually develop into masterpieces, need a little reworking after presenting them to an audience in order to reach their full potential. Not the case here. Aside from the name, which I personally like but is somewhat challenging to remember and recite back to others, Bookburners needs no reworks or reconsiderations. It is precisely as it should be. Unique. Fascinating. Exciting. Insightful.

This is a strong piece built upon an extremely powerful text. Not only the narrative as a whole, but the words and concepts used to express them, are intensely profound. Thoughtful gems dropped into poetic prose that is otherwise conversational and intentionally ordinary. Beautiful linguistic metaphors that everyone can relate to, but could not have found the words for. Who has not felt like a moon orbiting some of the people we love most, who are intrinsically bound together in a way we wish we could be? Do we not all wonder, at some point in our lives, why we are created as imperfect beings and forced to spend our lives trying to make up the difference between brokenness and wholeness? 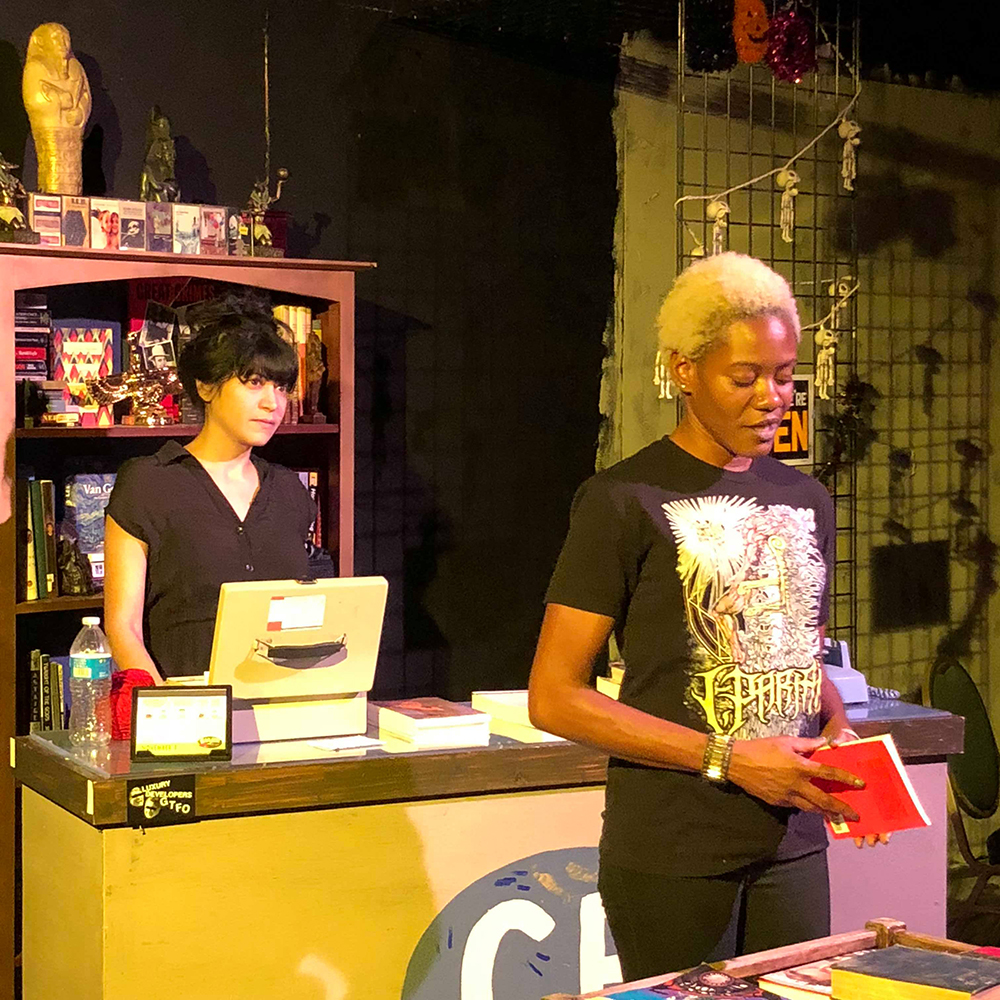 Space 55’s inaugural presentation of Bookburners is also full of tremendous acting chops. Brett Higginbotham plays Nice Guy Johnny, that coveted smaller role with some of the best lines in the show. He understands the value of his part, and how lucky he is to be gifted with one of the show’s most memorable scenes, and he demonstrates appreciation by performing his gut out. Marcella Grassa is absolutely charming as Millicent. So convincing as that boss some of us are lucky enough to have had at least once; who commands respect without being authoritative, and who ultimately develops into a lifelong friend and mentor. 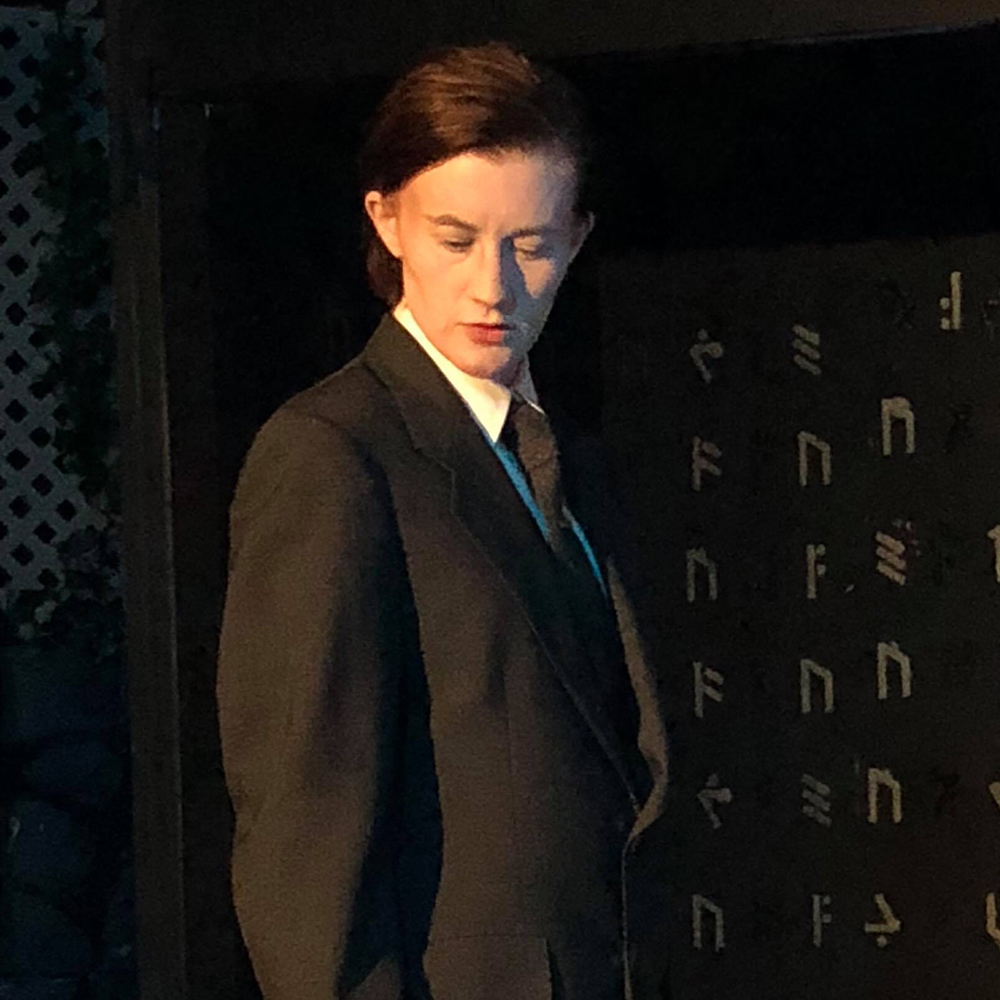 Amy Jean Page is effervescent as Claire. She exudes warmth and charisma, and her chemistry with Francis is nearly tangible. And Sky Donovan is quintessentially Francis. After seeing him in this role, I cannot imagine anyone else doing it the same justice. It is one of those roles so in synch to the performer, it’s difficult to imagine the actor ever playing anyone else. And then there’s Megan Holcomb. Her take on the role of Mr. Cold is stunning, breathtaking, hilarious and unnerving. Megan’s performance in this role is genuinely some of the best acting I have experienced. Ever. She is not playing a variation of herself, as is often the case with performers in their best roles. She is another being altogether. Alternative, superatomic, and – for some reason unknown and tantalizing – fueled by sugar. Her performance is absolutely exquisite.

The First Annual Bookburners Convention at Space 55 is some of the best that our local theatre scene has to offer. An original work written by an unbridled talent walking amongst us, performed by some of the greatest artists in our community. I am not exaggerating or conflating. Bookburners has the potential to become a staple in the repertoire of loved and oft-produced American theatre. I strongly encourage you to get in at ground level, so you can say you witnessed something very special from the beginning.

Tickets are only $20 and, in the very intimate black box venue of Space 55, every seat is essentially front row and in within the 4 walls of the action. There is ample parking just outside the venue, and there are tons of restaurants nearby, allowing for a total night out on the town. Bookburners runs through September 30, and I really cannot recommend it enough. This is a one-of-a-kind rare local gem that you will absolutely love being a part of, and totally regret missing if it reaches the potential it is slated for. I strongly encourage you to catch this one while you can and, if you love it as much as I think you will, tell your friends about it too. It is always a good idea to support the most talented amongst us, so they remain amongst us. 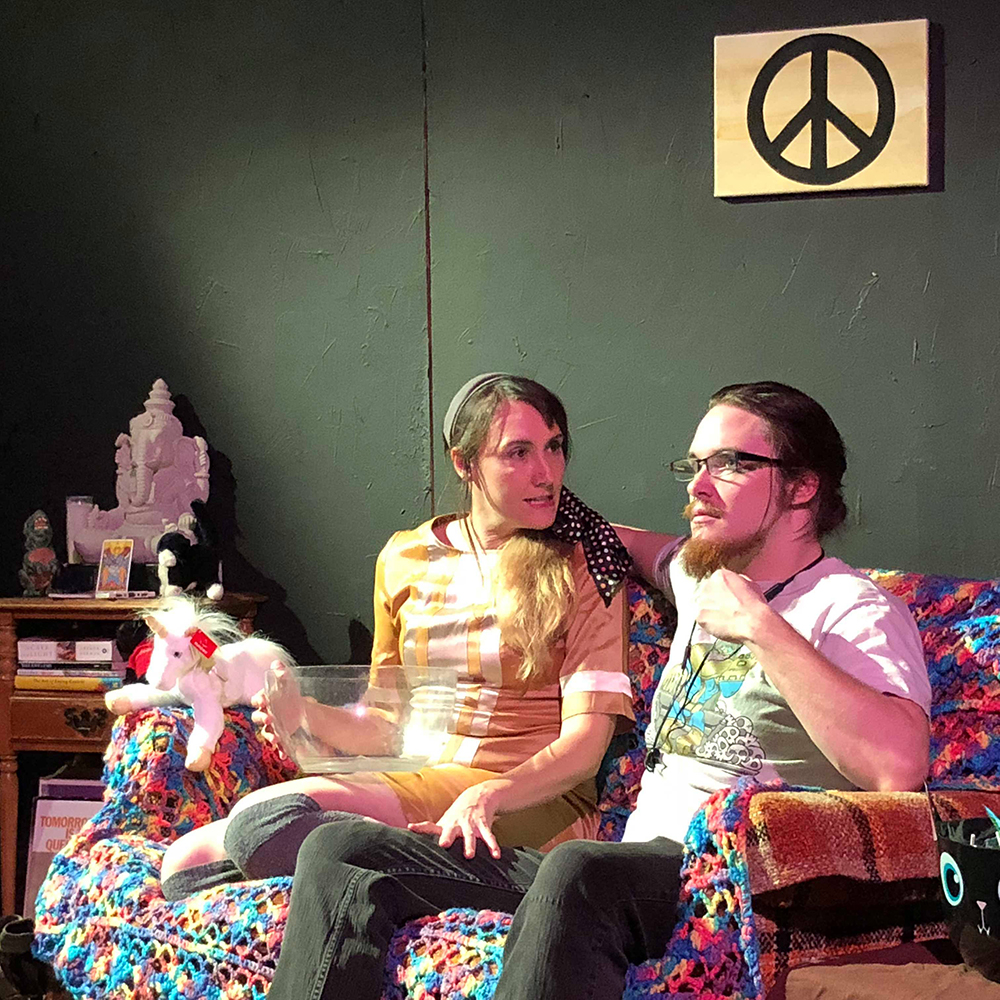 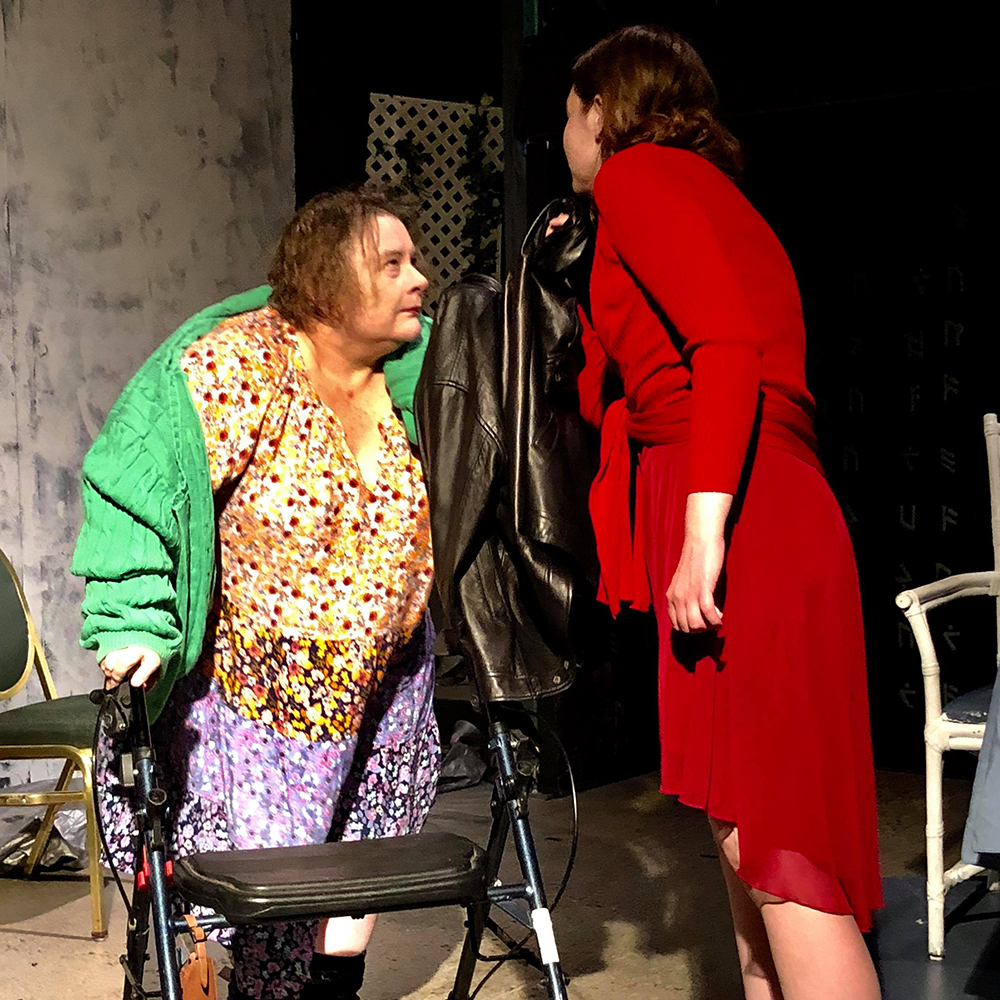 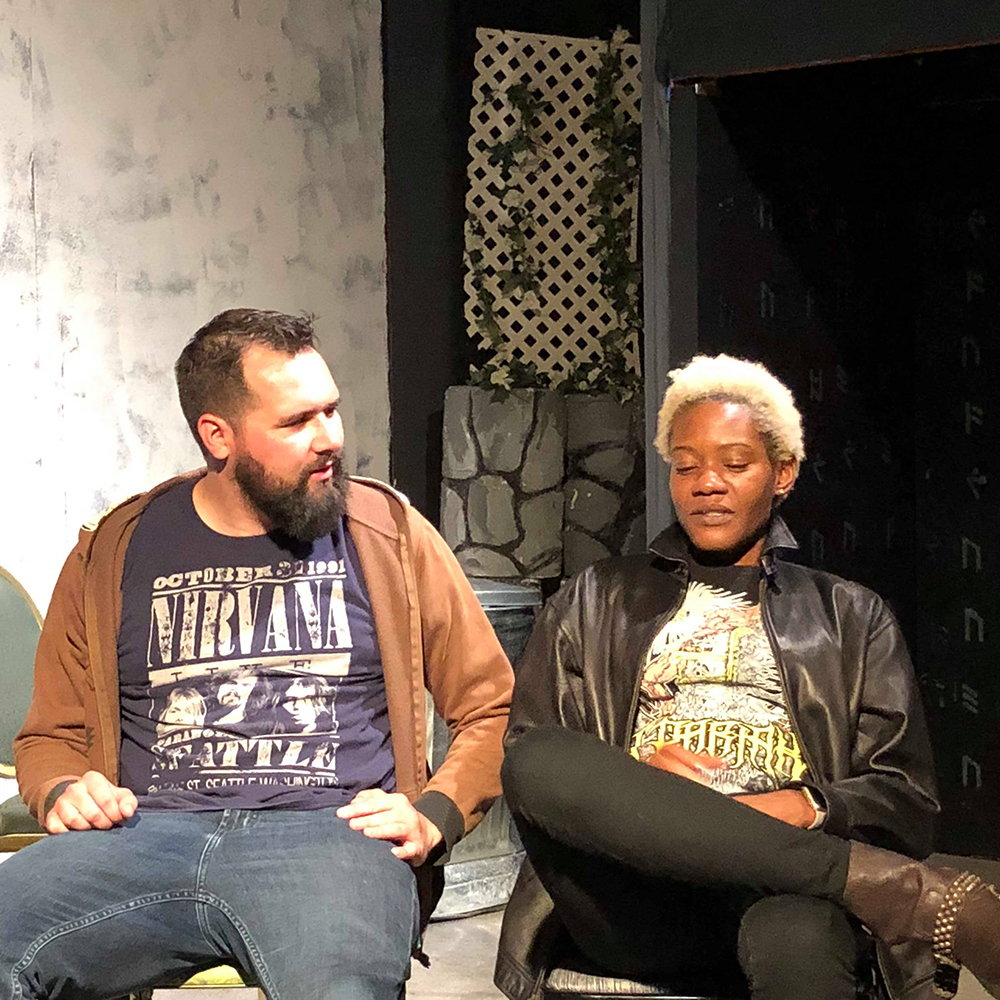