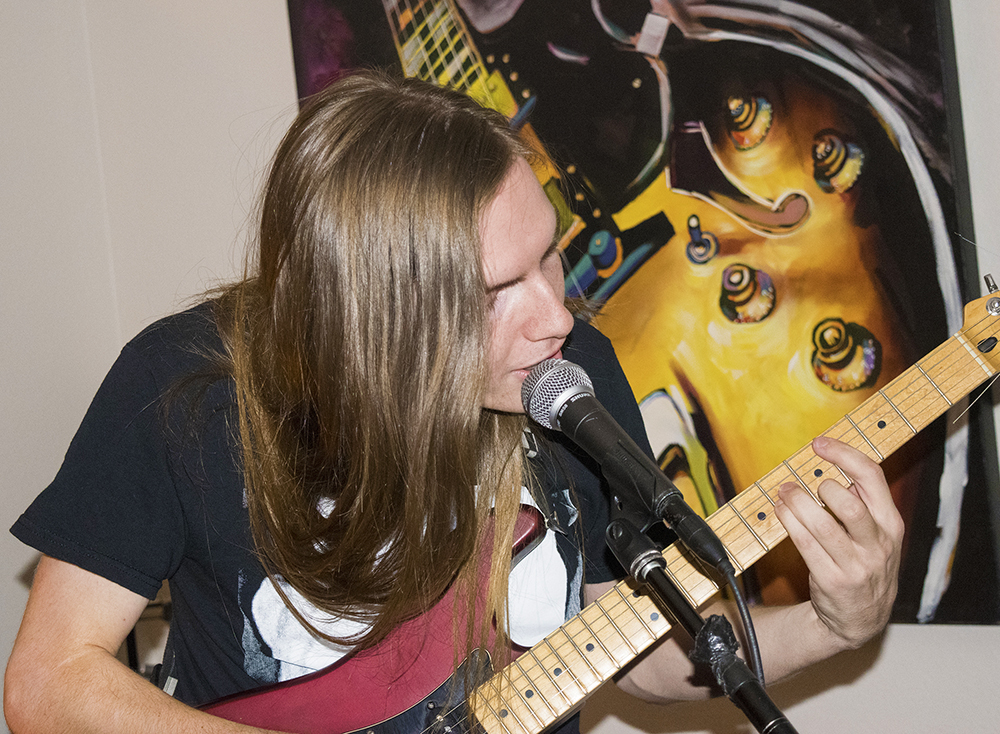 Yipee | All photographs by Logan Lowrey-Rasmussen

As the evening of September 8 approached evening moods, the cheap Arbor Mist wine made me question what I could possibly do on a Saturday night without venturing too deep out of my strangely structured social comfort.

In relation to my coverage of smaller venues and on-the-rise artists, my attendance would only make the most progressive sense at a Tempe house show for the antics of Yipee, Diners, Gabi, and all the way from California, Heavenly Bother. While I am constantly posed with the choices of documenting artists with established public personas and brands seething through the industry, a good old-fashioned house show dotted with unbridled energy and tense silences never fail to catch my eye on the most raw, musical level. This time, my adventures drove my stylishly chic friend Keith and I to a modest bungalow somewhere in south Tempe to witness musicians bringing their talents to a modest and quaint living space.

My familiarity may have grown with Aaron Ponzo and his involvement in Closet Goth, but his act (formerly known as The Expos) Yipee applied the same blunt-and-quick clever songwriting to small riffs, with live vocals, live guitar, and prerecorded layers and tracks. Similar to my experience with California lofi artist Mia Loucks, the composition of Yipee songs display an ear to brief, catchy melodies which make you want a minute more on top of the straight-forward poetic waxes and wanes. Most of the sounds derive from a raw mix of DIY indie aesthetic with punk rock sensibility, but tracks like “Thirstbuster” and “Jock” didn’t fail to grab me in with a certain sugary element I wouldn’t dare call pop, but isn’t too far from the catchy pop-group songs of thirty years ago.

Clearly a frontman with a plan, Ponzo then shed his guitar for a loose session of prerecorded mixes as he bounced around in classic rock’n’roll style and succeeded in raising the crowd’s energy tenfold. Most of these tracks performed in the second segment bordered the line of 2000s indie and dance, reveling in simplicity with clear thought behind it. Yipee would prove to be the most unconventional act of the night, but also the most unbridled; Aaron pushed through all the awkward hesitance you can possibly have in reference to a bunch of strangers stare at you in a living room, and brought an intensity which set the tone for the rest of the evening. 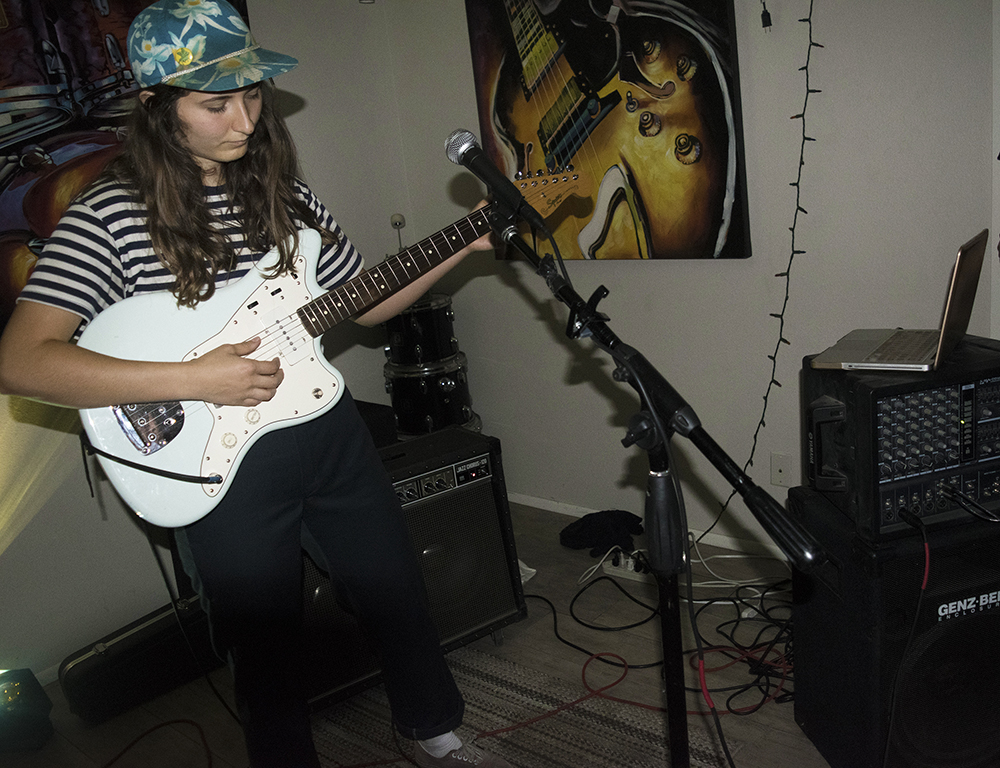 Amongst the strategically-placed Americana-inspired decor which lined the makeshfit performance space, Aaron gave the stage to the next mononymous artist — not Cher, Madonna, or Beyoncé — but Gabi (stylized on her page in all caps). With a wily ease, the person known in singularity as Gabi regaled the crowd with her version of “sensitive rock.” Although each track performed gave the impression of intense thought, I found out later from the songstress herself that much of her material was not only improv in certain segments, but also still in the making. The impressive soprano she possesses donned itself modestly with an electric guitar which gave brevity and juxtaposition to the much more animalistic performance of Yipee moments before.

As humble as she presented herself, the developing talent was hard to ignore as the crowd members could always tell she was singing from the heart. Her voice was gentle as a whisper, but always projected towards the audience like an experienced storyteller harnessing the energy of the room. Most of her catalog consisted of feathery chill-pop balladry and slightly more upbeat tunes, which needed nothing more than her voice and the guitar paired with a cool, confident attitude. 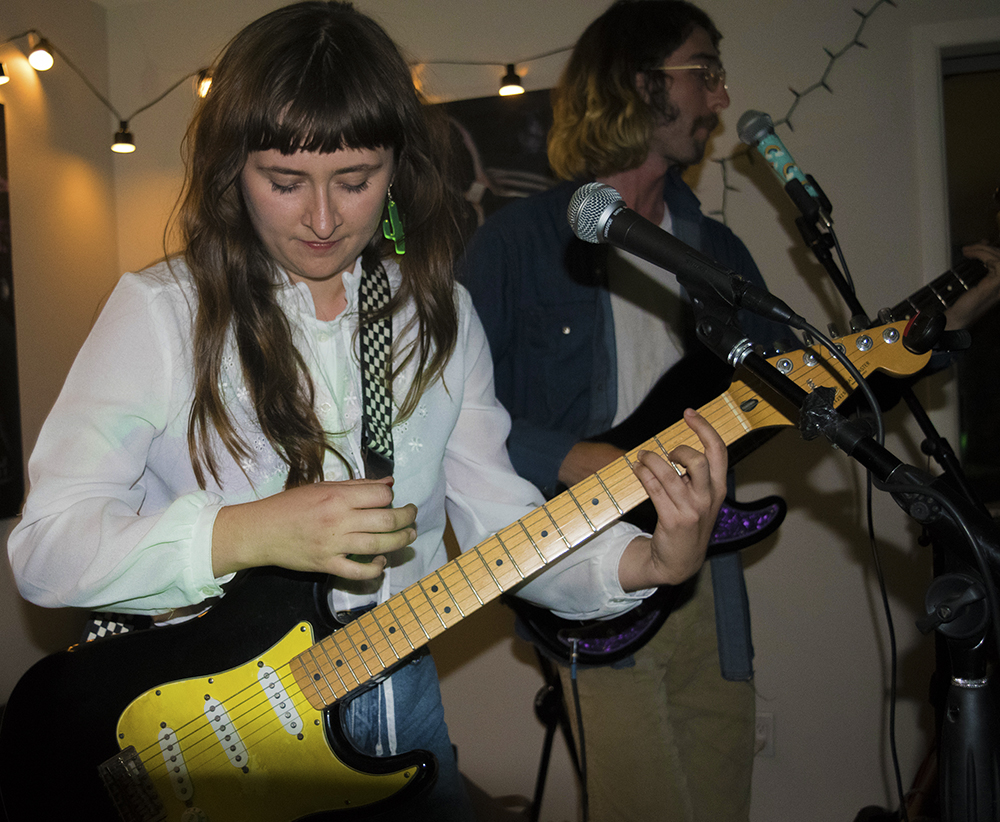 Harmony and Snelly who hail from the future country of California yielded anything but a “Heavenly Bother” for the crowd who proceeded after Gabi. After I took a needed breather and blunt-break outside, I meandered my way to the front to find the two members of the group showcasing their latest material from their August 29th release, Doctrine. Blended with shared lead vocals at various points during the set, the energy amongst the room bred by the sound of soft, west-coast contemporary rock had no issue. With the exception of “Good Daddy,” the bulk of the Doctrine EP found a home in the desert, very far away from the pacific coast and neoliberal musings, with “Better” closing out the set from their February release, WORSHIP, as well as “Tears On My Toast,” which was play second.

In a world populated by gimmicks and short-lived musical fixtures, it’s enjoyable to see two strong individual singer-songwriters come together, coexist as a group, but retain their individuality without snuffing out the other. While there was not much of a showcase of their Friend and Soup Jaw work, the showcase of the Doctrine EP blended harmonies cohesively and perfectly bridged any possible lull a houseshow can have with tasty, chill beach rock. Similar to the effect Gabi had on the crowd, the musical understanding the two had with each other projected a freeing comfort among the possible social anxiety you can have when going somewhere new. 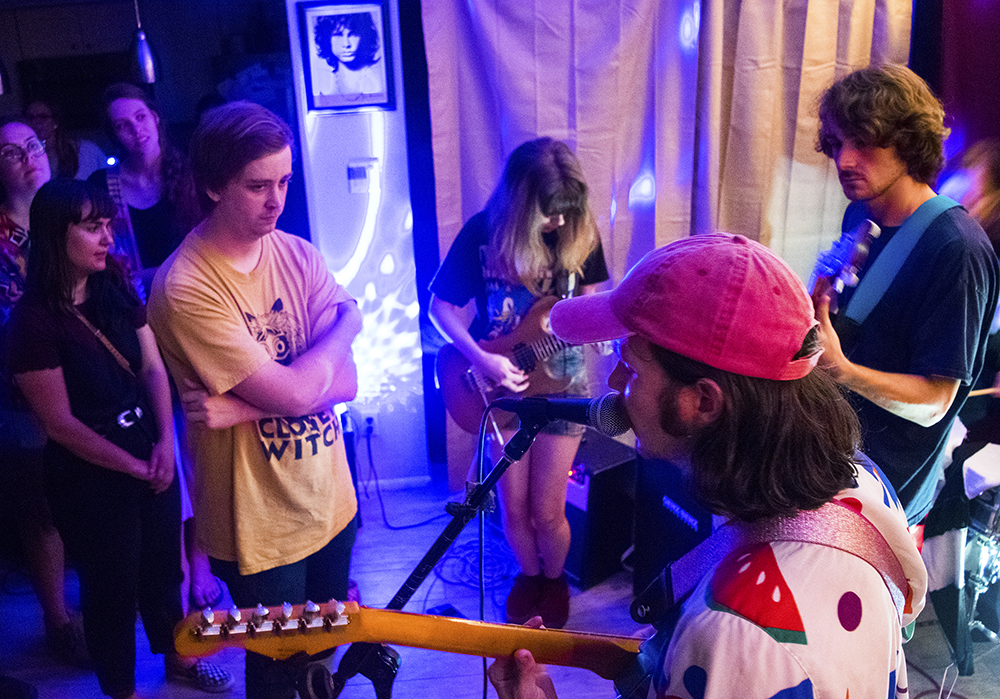 Diners closed the night with friendly, fun, modern soft-rock with just a touch of whimsy in the musical presentation. While I could not reach Tyler Broderick of Diners for the setlist in terms of specific track references, much of the material fronted by Broderick himself mixed a playful attitude and the band never failed to charm the crowd with it’s affable personality. In the height of my strange need to sometimes answer artists’ general questions to the crowd in poorly-timed moments, I made an awkwardly-timed joke about Mamma Mia 2: Here We Go Again being similar to “flamboyant acid,” to which a quick half-silence met my ears. What a professional he was when he took the reigns and saved my awkward moment while continuing the flow of the show. Anyone who can save my ass from certain levels of embarrassment deserves the utmost respect in performance when paired with a bawdy audience member I try not to be under most circumstances. Diners proved to be the perfect closer for a night of soft, ambient tunes in a stress-free environment. While I will always be the first to analyze a complicated, expensive arena-style performance by an artist, house shows recapture my heart in the purest sense of artistic display.

Rock on with your mellow stuff, Arizona. 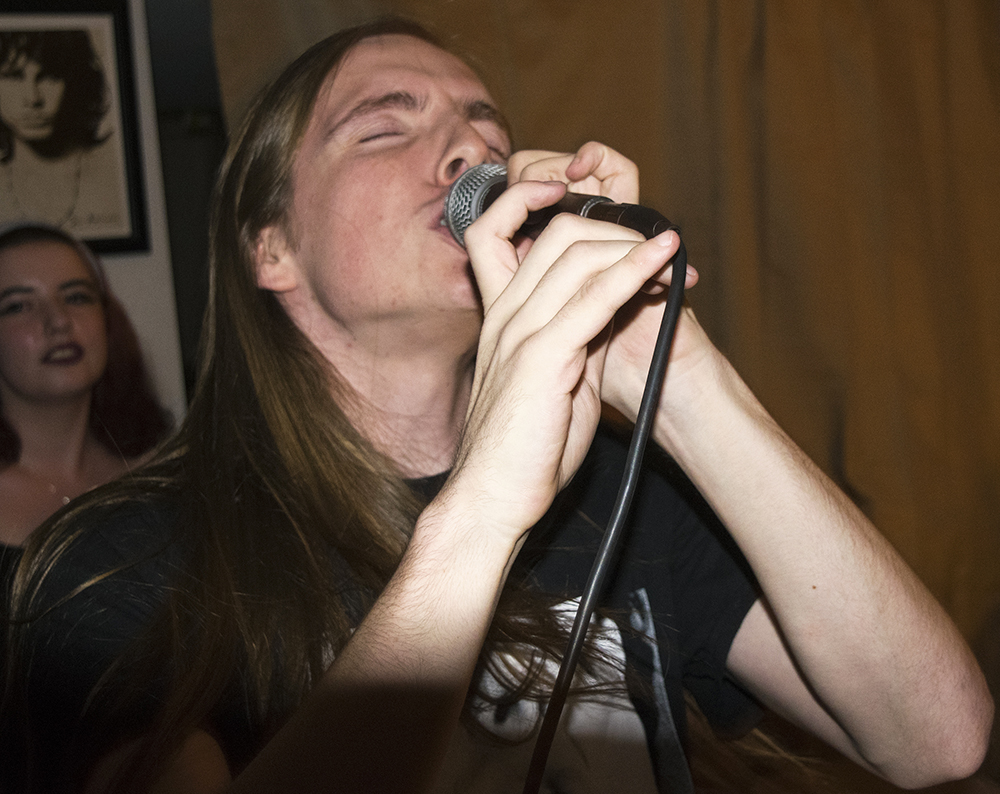 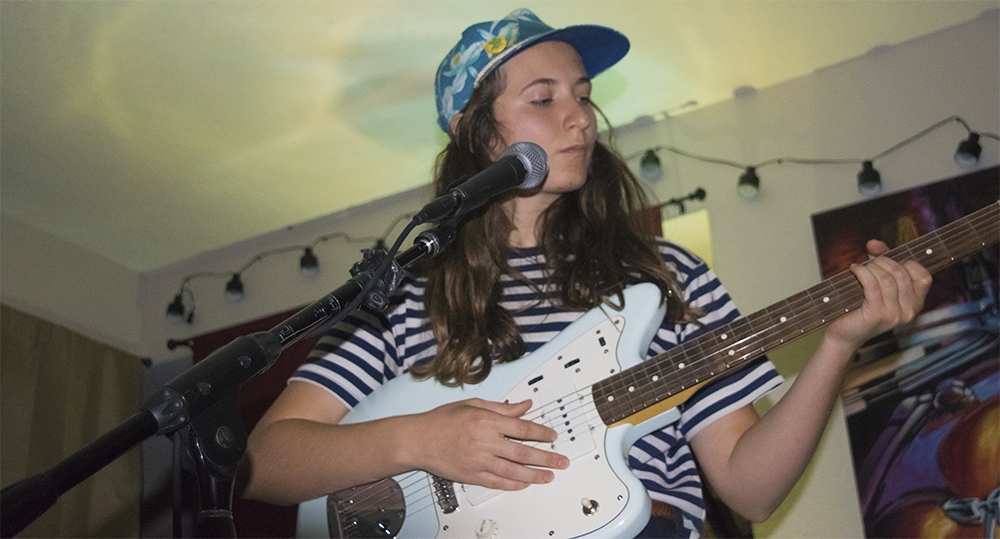 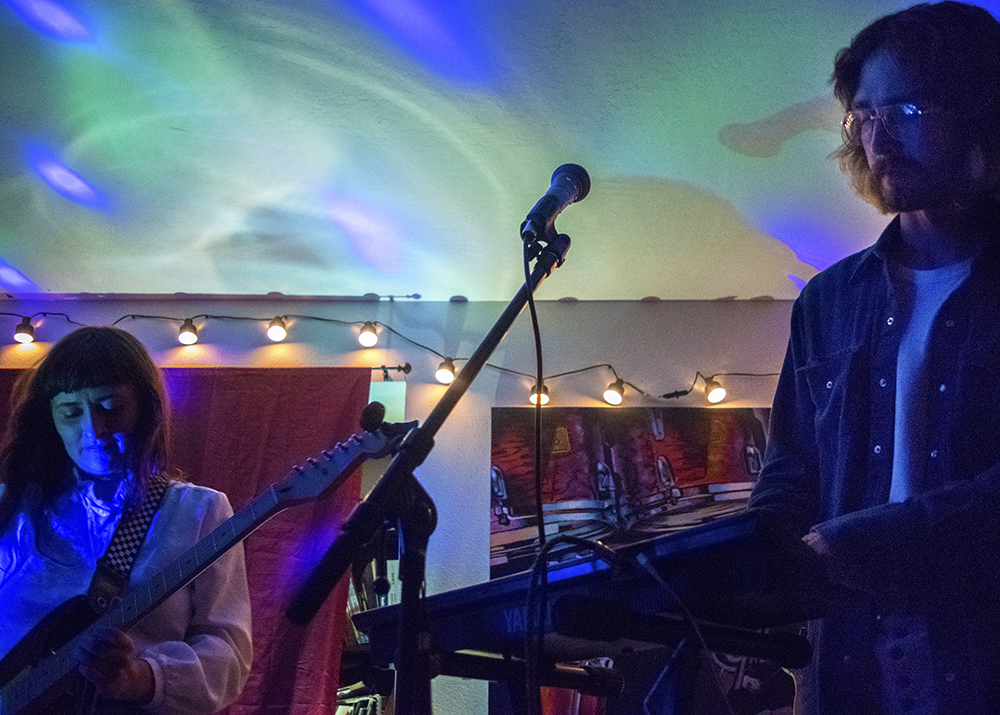 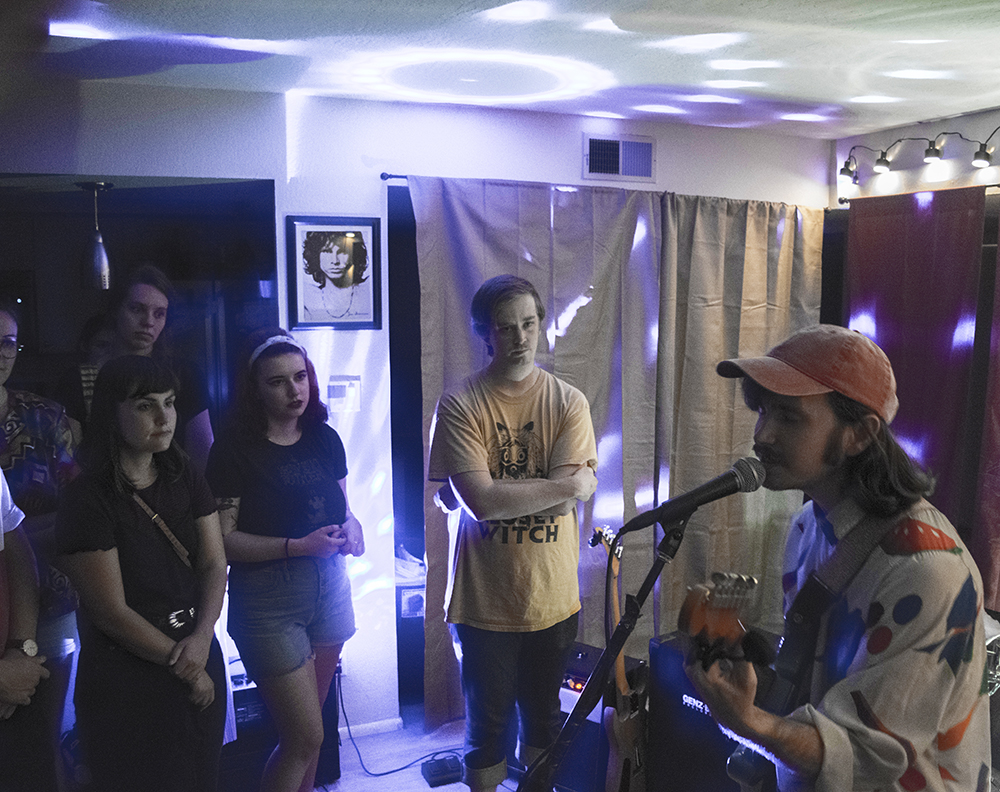 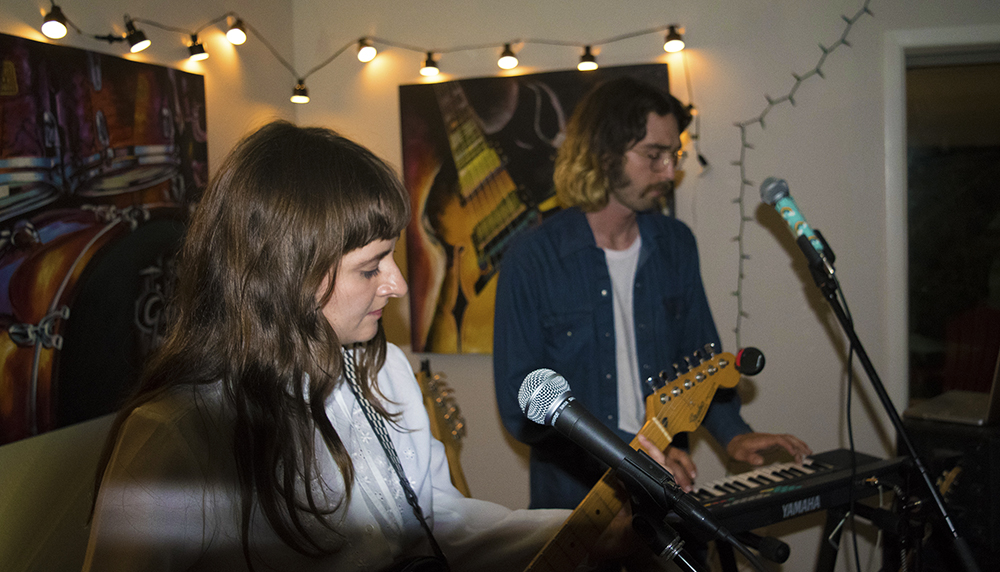 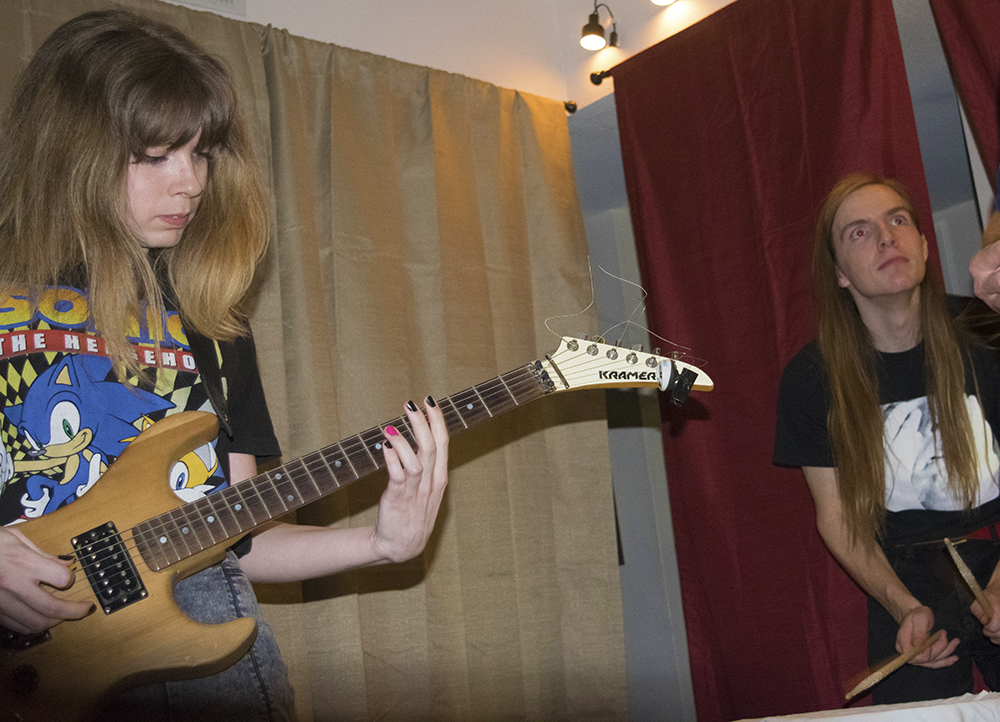 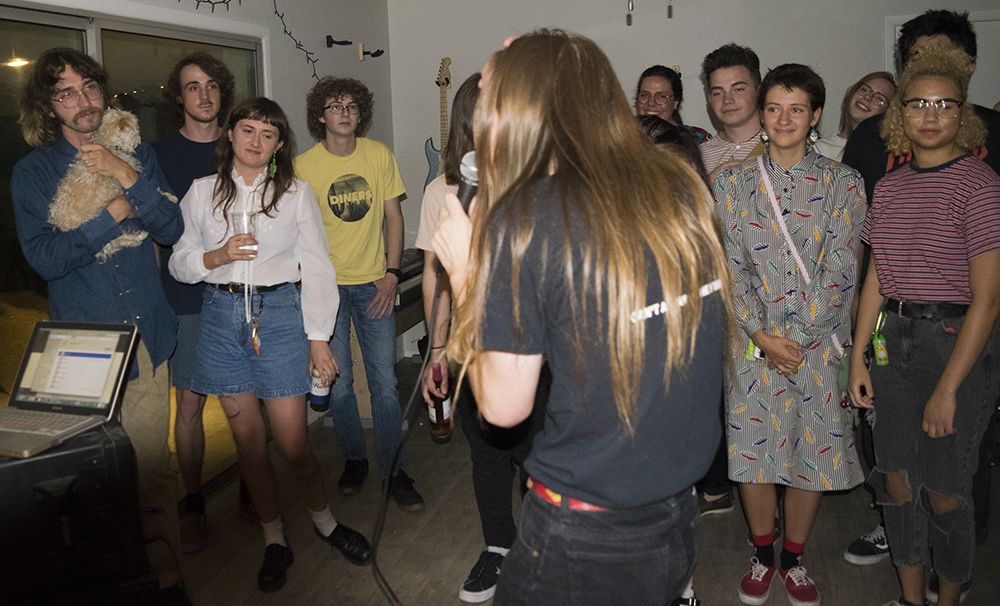