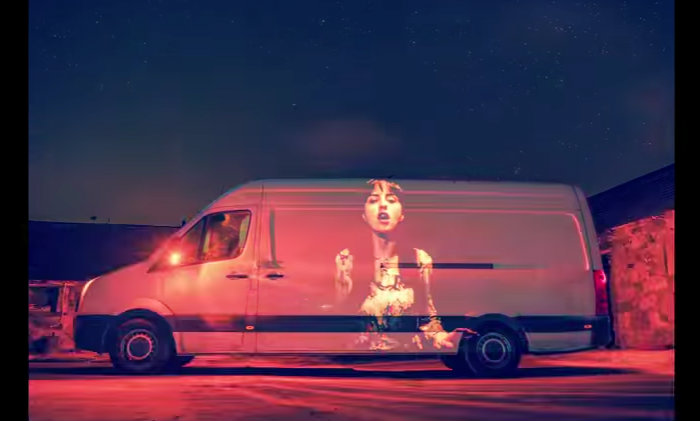 “It’s Nice Outside, but My Head is Killing Me”

You might have heard the work of songwriter Skyler Stonestreet on tracks like Dua Lipa’s “IDGAF” and Chainsmokers’ “Kanye” but this new track brings the creative force in the background to the forefront. “It Kinda Hurts” addresses that secret charge we sometimes feel the in the presence of exes – you know, the ones you don’t srsly hate. There’s a weariness in the hurt Stonestreet sings about; uncertain sense of loss that we can all relate to. And the best part? That stripped down indie-pop the rides beneath Skyler Stonestreet’s lyrics. Paired with her vocals, the sound is mellow and clinically infectious.

There something dark and desolate waiting for you on “Mountain Song” by songwriter Kate Vargas. Originally from New Mexico, you can still hear some of that desert dust in Vargas’ voice and the Western slant of the music on “Mountain Song” despite her current NYC address. This song is edged in that slight panic you feel driving down an empty interstate in the dead of night. The self-proclaimed “reformed wild child” still has a bit of that wilderness lurking deep down in her. Make sure you check out “Mountain Song” by Kate Vargas.

There’s some homespun offered up in Justin Nelson’s latest single that perfectly matches the salt-of-earth advice aesthetic of his performance style: “If it ain’t broke, don’t break it.” It might sound a bit obvious to some, but I suggest you roll that sentiment around in your head a little anyway… just in case. The Nashville-via-Phoenix songwriter has a sobering view on life, but enough steel in his voice to fortify listeners for whatever they might face. Check out “Don’t Break It” from Justin Nelson and maybe head over to Bandcamp for the complete LP from whence it came, The Sound of a Broken Heart.

“Under the Night Sky”

Caoilfhionn (pronounced Keelin) Rose is a songwriter from across the pond and we should all know how to say her name because you’ll probably want to tell your friends. Her dreamy indie pop has an atmospheric feel driven by her voice and support by the shoegaze-tinged soundscapes of “Under the Night Sky”. This single is the second from Rose’s debut LP, Awaken, due out next month through Gondwana Records. Check out the video for “Under the Night Sky” filmed over the course of three months in Wales from a camper van and then make sure you get in your PRE-ORDER for the new LP through Bandcamp – available on vinyl!