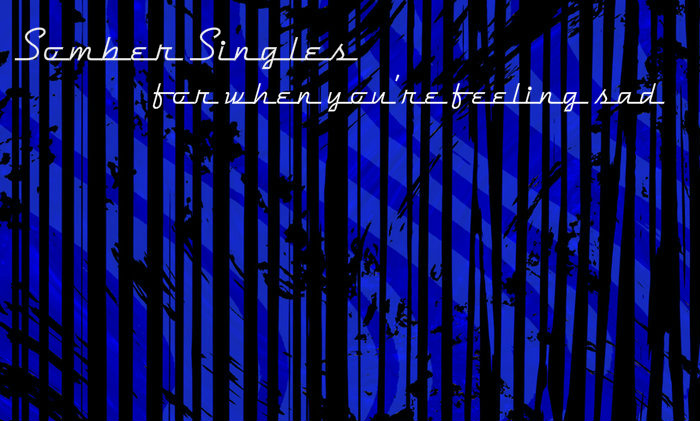 Maybe you’ve already heard of Shilpa Ray but I certainly didn’t hear about her in a timely fashion. And by that I mean I didn’t discover her until after her 2018 EP, Nihilism, sold-out. That’s some bullshit. Shilpa Ray has some of that “artist’s artist” mystique that’s almost implicit with the Brooklyn address, but Nihilism should be in my cassette collection so let’s make her a PHX name. “Shoot This Dying Horse” kicks off the two-track EP with a cover of Alice Cooper’s “Is It My Body” situated on the flipside.  And while you can’t score the cassette anymore, you can still procure the digi-download or (my personal suggestion) a vinyl copy of Door Girl  (Ray’s 2017 LP).

The Little Miss offers listeners an emotionally raw performance despite the refinements of her eloquent voice on “Take Me, Too”. Although this song starts off with a somber feel, as you drift along its currents, you’ll feel yourself slowly rising up from dejection. The songwriter behind the moniker wrote this number shortly after relocating to Los Angeles. She was just at that point where the struggle to get to where you want to be is stretched out in front of you like a long and arduous path and The Little Miss found herself longing for a way to jump ahead on her journey. Instead of a fast forward button, The Little Miss found this song in herself and it perfectly encapsulates that sense of wanting to be other than where you are. Five years later and The Little Miss is grateful that she stuck it out and didn’t have that fast forward option.

Miss Moody gives creative space to one of my all-time-favorite sad songwriters. Justin Moody gives lyrical shape to the songs of Miss Moody and sets an intentionally placid tone. “Herp” contemplates the value of a friendship while adrift on unperturbed water. Still waters run deep; or so the saying goes. That certainly seems to be the case for “Herp” by Miss Moody. Morbidly calm but the effect is comfortably tranquilizing.

The Vernes have an early indie rock sound that has me feeling a bit nostalgic when I play the band’s new single, “Maybe I’ll Feel Better When I’m Dead”. There is a certain sorrow mixed into reminiscing moments, if the title of the song doesn’t tip you off, that I do find rather soothing when taken in with the music. The band is originally from the Bay Area but The Vernes currently calls Philadelphia home. And, if you dig the new single, make sure you keep watch for the band’s new album due out later this month (9/28).

The Belfast-based band Lambing Season is gearing up for the release of their new album by unveiling a few singles in prelude to the full LP. “Peter” is the third single to offer a sample of what’s to come from the LP and, I must say, the song is both powerful and promising.  Vocalist and multi-instrumentalist Gerald McCrudden achieves something haunting on “Peter” but the ghosts that visit us on this track are ones that emerge from our own memories. Please keep in mind that apparitions of the past, particularly those sharply acute aches of childhood alienation, might slowly surface as you listen to “Peter” from the Lambing Season. But you should still listen.