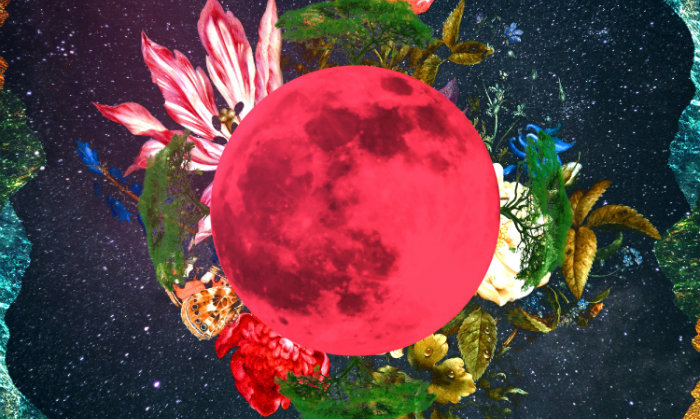 Last month, Chateau Chateau dropped their debut single last month and it’s been adding some bounce to my step ever since. “Crisis Party” tackles the inevitability of change in a fun, I’m-not-panicking way as the indie pop bubbles up with an easygoing attitude. Chateau Chateau sets some kickback synths to the serious struggle for individual identity in a changing social environment, especially on the gender-fluid-front, with “Crisis Party” and leaves me asking myself, “Why not turn your crisis into a party?” This Tucson five-piece only formed last March but they’re already lining up some Fall and Winter shows in Arizona and California so be on the watch for those events.

Mixing afrobeat with indie electro, the Dutch-Zimbabwean musician Rina Mushonga creates fresh sounds that will lift your spirits and shrink your worries.  “4qrtrs” approaches the songwriter’s decision to relocate to a town called Peckham despite facing “intergalactic and romantic consequences” as a result. This track finds Mushonga exploring her new space aurally, spiritually, and spatially. All I can say is that Peckham must be quite the space for creative flourishing given this new track from Rina Mushonga. Give “4qrtrs” a listen below…

We’ve featured the smokey Alt-Americana stylings of Coyle Girelli, frontman for Chevin, on our blog before, but this new single begs for attention from those of you who might not have taken our advice to keep up with this artist last time around. Girelli croons of heartache on “Love Kills” with a vocal prowess that will have you hitting repeat time and time again. The track was inspired by a session Girelli had with songwriting legend Mac Davis and is the title track from his forthcoming album (due out next week). Until then, enjoy “Love Kills” from Love Kills by Coyle Girelli.

This indie pop band from California just released their debut 7″ through Bleeding Gold Records on August 31st but you can still score a copy so don’t panic… yet. “Something Green” comes to us from that release. New Me fuses sardonically dry vocals with super fuzzy dream pop that sounds straight from a SoCal garage. New Me comes to us from the San Diego area and its members have mingled in other acts you might of heard of, like Spooky Cigarette, but this new formation as New Me merits your attention. Check out “Something Green” and snag a copy of the 7″ while you still can.

Davey and the Chains

Just last week Philadelphia’s Davey and the Chains released their sophomore album, Shimmy, on Oakland lo-fi tape label, Tank Beach Tapes. “Monday Disco Morning” has all the chill you want on your morning disco mix. Just the right vibe to help you set a mellow tone for your day or to help you unwind as you mix a craft cocktail in the evening the next time a case of the Mondays strikes. Songwriter and frontman David Ulrich has started making a name for himself on the bedroom pop front; a position he’ll move toward solidifying with this dreamy lo-fi number. Check out “Monday Disco Morning” and secure your own cassette copy from Tank Beach Tapes.