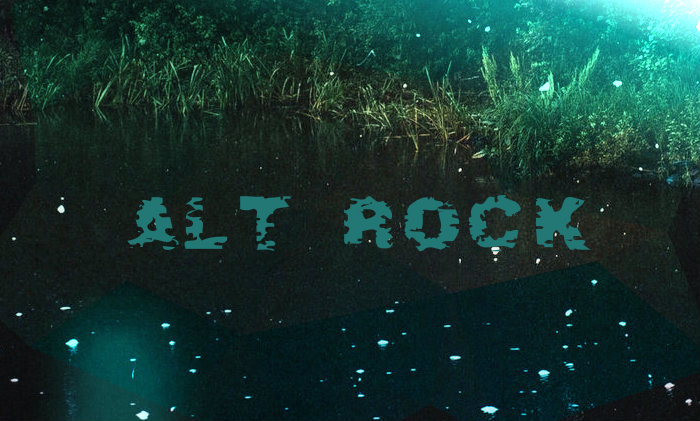 HOLY FAWN has a new album lurking just around the corner, but fans can preview what is yet to come with this stellar single from the forthcoming LP. “Arrows” clocks in at nearly seven minutes and no surprise there. HOLY FAWN doesn’t just write songs; they craft immersive aural experiences. I suggest you turn the volume up and the lights off for “Arrows” to take full effect. What starts off as a mellow meandering will descend into madness, but the song will lull you initially. There’s still time to secure that pre-order of DEATH SPELLS from HOLY FAWN and, for all you Phoenix-area fans, make sure you mark your calendars for the September 21st release show at The Rebel Lounge. Not to be missed.

Chelsey and the Noise

The Bay Area music duo known as Chelsey and the Noise just dropped their newest effort, Blank Frames, on this past week. “Depth Denying (Underwater)” comes to us from that release and you can hear the dichotomy that defines this musical partnership: the dark and heavy industrial synth sounds against emotive vocal layers. There’s definitely a sense of light-and-dark balance that emerges in the soundscapes of Chelsey and the Noise. And “Depth Denying (Underwater)” hits all the sweet spots for someone who never quite got past the 90s goth thing so I am definitely diving into the new EP, ASAP.

This dream pop trio from West Phoenix is known for crafting hazy shoegaze for summer daze. So it was just about perfect that Citrus Clouds’ released a two-track single to help us all get through the Sonoran’s most listless season.  “Golden Sun” and its b-side, “Nothing Familiar”, were both recorded over at Audioconfusion with the one and only Jalipaz. Citrus Clouds is currently off on tour, but they’ll be back on home turf in time to play at the Yucca Tap Room on September 29th. Until then, check out “Golden Sun” and make sure you stick around for “Nothing Familiar” too!

If you’re looking for some experimental surf rock from the desert, than look no further than Sun Conscious. This PHX five-piece creates some lush instrumental landscapes at their live performances and you can now take something of that experience home with you on the band’s new album, La Casa Ilusion, which just came out on September 1st. “The Mark” comes to us from that release and offers but a sampling of the engrossing experience that is Sun Conscious. I suggest you dive right into “The Mark” and then proceed to Bandcamp for the complete album.

Just in case you were sitting around wondering what’s happening in Moscow’s Math Rock scene, we have this new number for you from the quartet known as Weary Eyes. Another instrumental excursion, “True North” toys with dissonance as we move through the song, but never fully unleashes unholy fury. “True North” remains tempered, peaceful even, as we journey through it. Give the new single from Weary Eyes a spin.