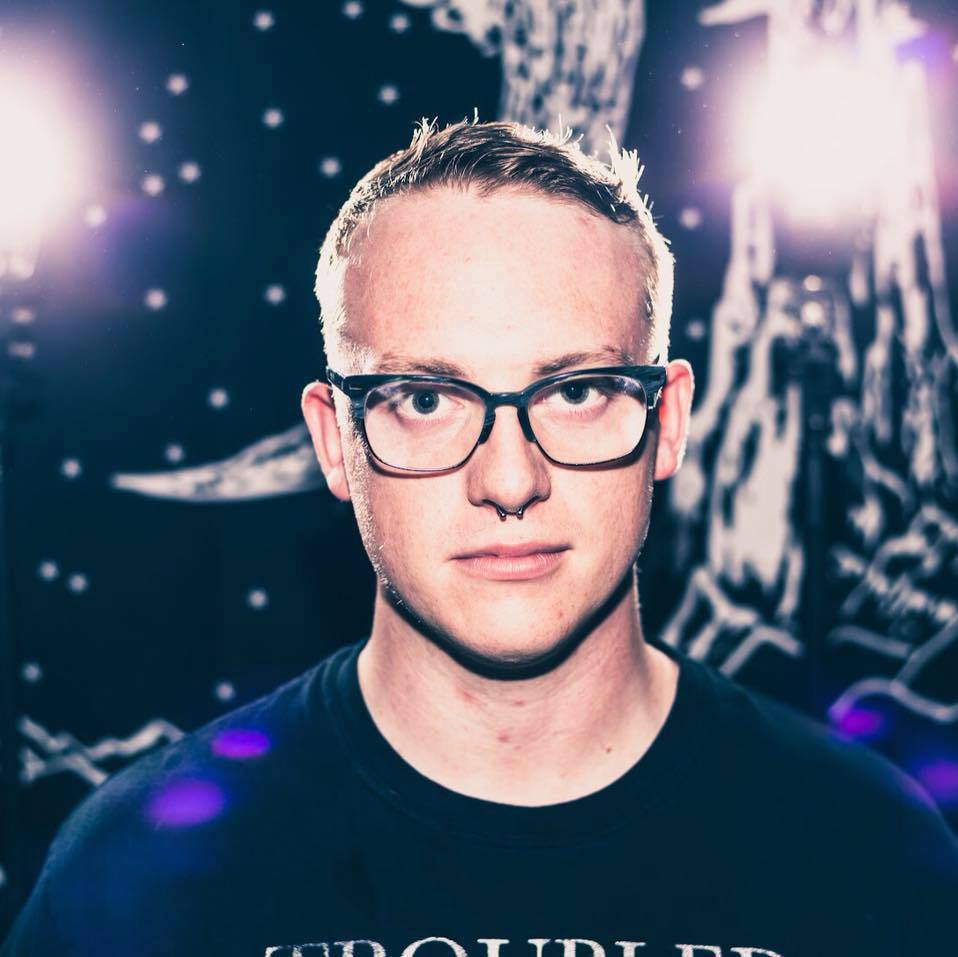 Matthew Slusser is a man of many talents and so we had to ask him to take on The Tastemaker’s Ten. Not only did he play in one of our fav bands, Phantom Party (RIP), he currently hosts/produces a stellar podcast, Getting Stoked, and is also a Content Creator for CaliberTV. He’s also just an all-around great guy whose interests are as diverse as his music listening (he’s already listened to 300+ albums that have come out just this year) so let’s take a listen to the ten tracks he thinks everyone should hear and some personal notes on each one.

Notes from Matt: Of the thousands of songs I have heard this year, Frank Turner’s “Be More Kind” is the most inspiring of the bunch. So inspiring in fact, that I got a tattoo in it’s honor that takes up the better part of my forearm before the entire album was even released. Sure, I’m biased as he’s been a major influence in my life for sometime (and it’s not the only tattoo of his that I have) but that notwithstanding, people need to hear this song and the entire album for that matter.

Another heavy hitter from an album released this year. Andrew W.K. is niche, and I recognize that not everyone can appreciate him, but this album was released in the exact time I needed it. In later November of 2017, I began an insane spiral though the depths of undiagnosed OCD the likes of which I’d never known existed. By January I had lost 20 pounds and I was growing more distant at both home and work. By March, I knew my reality was beginning to crumble unto itself but I could barely tell the difference between OCD and reality. I heard You’re Not Alone a few weeks after it’s release, and “Ever Again” was the song that really took me by storm. I remember drowning fear, dread and hurt, and hearing those colossal choruses calling out to me and all but punching me in the face with reassurance. Amazing song, amazing record and it went a long way into aiding my tumultuous recovery.

The Mountain Goats
“This Year”

This is another song that I heard during my fun little 6 month anxiety attack. The lyrics are simple, to the point and strangely anthemic. Around the time I heard this, we inherited a 70s Thomas Organ and it was the first thing I learned. I would just sit there at the organ, hungry, scared and determined. For hours I would just bang out the same basic chords until I got the transitions just right. I’m sure I’ll remember it for the rest of my life.

Queen
“The Show Must Go On”

I’m assuming by now you’ve picked up a bit of a pattern with the themes of these songs. Yes, another song about getting your s*** together and moving forward. But here’s the catch with this overlooked late career masterpiece: HE WAS SINGING IT FROM HIS FREAKING WHEELCHAIR. He was literally dying. Every desperate call and soaring vocal from this song was sang from the inescapable clutch of death. Was he singing about how sorry he is for himself? Or badly he was treated? No. He was singing about accepting your struggles, putting on your sparkly pants and getting on with it.

This song, unlike the others, is not as much about self improvement, as it is fear and being attached to someone else. The song documents his deep love for another person, and how he begins to fall apart after they leave. Particularly though, he mentions explicitly about the circumstances surrounding their fallout regarding how his passions take precedent and she feels left behind. She “can’t keep up with all [his] damn ideas.” As someone who has always been too wrapped up in my “own ideas,” this has been a scenario that has played out many times in my mind as one day happening to myself.

It’s no secret that horror movies play a monumental role in my life and everything I do. Ever since I was a kid I was drawn helplessly into the endless caverns of the macabre. From showing all my friends copies of movies that were illegal in most countries, to tattoos and True Crime t-shirts, it’s been something I’ve worm on my sleeve with pride. Gorehound is the ultimate horror-nerd anthem. I’ve never heard someone so perfectly encapsulate what it feels like to be obsessed with blood, beasts and boobs. (Described in the song as the “Sacred Triple B’s.”)

Off With Their Heads
“Nightlife”

I put this song onto my iPod back in 2013 without listening to it, because Epitaph had put it out recently and I was looking for new music. By the first chorus, I nearly had to pull my car over to the side of the road. I’d never heard someone so flawlessly describe exactly how I had felt for so much of my life. Every verse, every chorus, every line. I wouldn’t change a single thing about this song to make it more relatable. It’s simply not possible.

I had this girlfriend once who made herself feel better than everybody else by how many books she owned and how well read she was. Once night when I was travelling with my old band Phantom Party, I heard this song. It wasn’t too long after we broke up, and I remember hearing the lines, “your bookshelf doesn’t impress me” and “at least I don’t pretend my whole life’s held together by bookends.” As a really angry, heart broken miscreant, this song meant a lot to me. I believe it’s very important to look outside of intellect to find wisdom. As Henry Rollins said, “Knowledge without mileage equals bullsh**.”

On the subject of tour, this song is about a tour that we went on. Sam Etling was a friend of ours who we took on the road to play second guitar and he was unfortunate enough to be on the worst, most toxic and vile tours we’d ever experienced. The song is largely about the drive to Slab City and he mentions a couple members of the band at one point. It’s impossible for me to hear this song and not be shot back in time to that moment. I would just pace and curse and argue, and there was Sam. The sweetest and most talented guy in the bunch. Just smiling at us and wanting the best. Love you, Sam ❤

Okay, I know this sounds like a joke, but I’m literally 100% serious about the inclusion of this song. Without belaboring the point of how amazing the actual songwriting and production is on the soundtrack for the entire movie, this song in particular is fantastic. Sure it’s funny in parts in reference to the movie, but the message is dead on. If this song isn’t played at my funeral, I’ll haunt everyone I’ve ever met.

And as always, we like to include a sample of our Tastemaker’s work so check out this highlight reel from Getting Stoked!