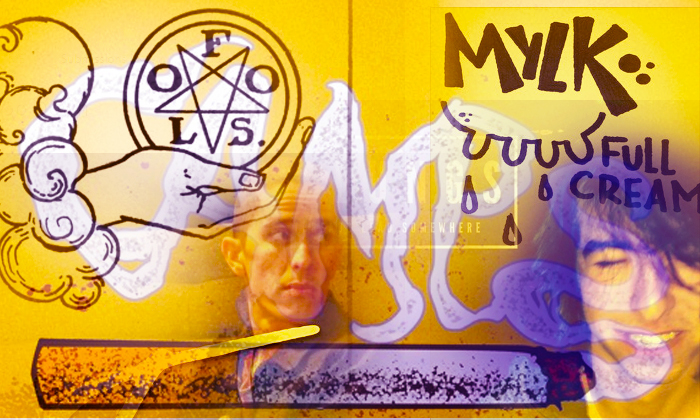 These punks from Austin come on hard with a gritty, house show energy on their track “Rejection”. These Midwestern transplants make quite a ruckus on “Rejection” which comes to us from the band’s 2018 LP, O. There’s something a little pop mixed in with the punk heard here, in a Buzzcocks meets Hot Hot Heat way, that I’m kinda all about.  After you peruse “Rejection” I’d suggest popping over to Bandcamp to check out the complete LP from whence it came (and maybe show the band some support by procuring your own damn copy).

This four-piece alt-rock band from Australia has some real bite behind that growl. They might only have a handful of singles to their name but they’ve already stirred the charts Down Under and gigged extensively around their hometown digs of Melbourne. After the sharp style and well-placed aggression of “Your Name”, I’m ready to sign up for the Mylk LP with American tour dates to follow. Fingers crossed.

The NOLA-based alt-rock act known as Camps have a feisty new single in anticipation of a their forthcoming LP. “All My Friends” has a radio-ready sound as the lyrics dance around friendship and mental (im)balance. Despite the apparent lack of social-media savvy, Camps are gaining attention in the Southeast U.S.A. Let’s hope their looking westward as they build their tour circuit. This band could definitely mesh well with some PHX acts and audiences. Check out “All My Friends” below or over on Spotify. The new LP from Camps should drop this coming September for all interested parties.

This Phoenix-based musician has opened for national acts and played Vans Warped Tour and now he has a brand new single to unleash on audiences. “Go Down” as some synths and heavy stomping to establish a dark and brooding tone. The official release date for this single is August 15th, but the celebration party happens on this week, August 24th, at The Listening Room Phoenix. Check out the track and make plans to catch Emric in what’s sure to be an intimate performance on Friday.

Former Phantom Party drummer Austin Ryan has been creating music as No Lungs for not even a year now and, boy, has he been busy. In January, he released his first full-length, These Threads Lead Somewhere, and has since put out another full-length (Never Live It Down), a split EP, and two covers.  Austin then opted to re-record his first a two albums and the re-recorded These Threads Lead Somewhere which dropped August 3 while the completely re-recorded Never Live It Down is scheduled for December. One of three early singles, “Ghosts Don’t Know” opens Threads and immediately sets the alternative/indie tone of the album. I love it. Catch No Lungs at the Time Out Lounge in Tempe on September 21, but give the single a spin first.