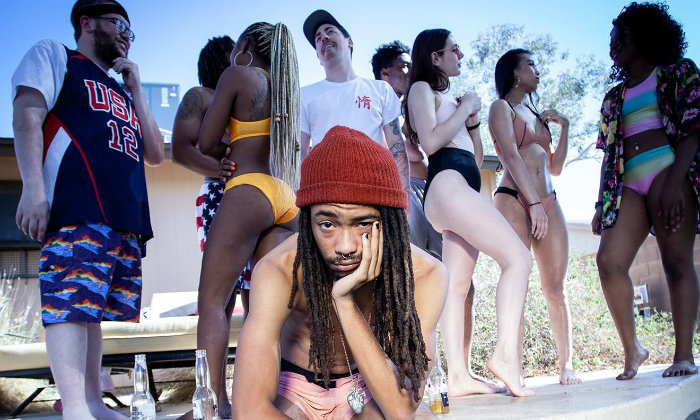 “Songs We Make Nightly” rides light on production to keep the vibe easygoing, but there’s some relaxed summer energy on this single. “Songs We Make Nightly” is the title track to the Nutter Tut’s new EP, SWMN. This number features YoJayhill and Kifa Reque, in addition to the Tut himself, and has enough bounce to keep heads bobbing. Nutter Tut is slated to perform at Valley Votes Fest at the Phoenix Center for the Arts on September 15th so, if you’re #DTPHX, make sure you head out to that event.

A mellow instrumental sets a chill pace on this new track from Tucson musician Clay Dudash. There’s an ambling feel to the track as the lyrics meandering over a hypnotic soundscape. That leads me to suspect might the title “Rome” might be more of a play on the word “roam” rather than serving as an homage to that overseas city beloved of Juno. “Rome” comes to us from Thee Demonstration; a three-track release set to drop any day now. Follow Clay Dudash to keep up-to-date on his various musical incarnations.

Emmit Fenn is an indie/electro artist based out of the Bay Area, but he teamed up with Chi-Town’s Vic Mensa to create this moving number. “Pouring Rain” reminds us that while we might all be feeling a bit isolated when trouble hits, we don’t have to face our problems alone. And this just might be a case of art-inspiring-life as well. Working with Vic Mensa on “Pouring Rain” inspired Fenn to seek out additional musical partnerships for his next project. Sooo, basically, expect to hear more good things from Emmit Fenn and you should probably follow him on your preferred platform to keep up with him.

“Listen to the Thunder”

This powerhouse number features the combined force of members from Avenue of the Arts Crew and Gladiator Pen. “Listen to the Thunder” is part of a two-track release from the Phoenix famous including Blaze Rock, Mister Riot, Ohm, and DJ Blesd 1 that also features the song, “Lightning Strikes West”. Really, these tracks should be experienced back to back which is totally an option on Bandcamp. Check out some of Phoenix’s finest on the two-track release, Lightning Strikes West.

Flagstaff duo CoCec (prounced “co-sis”) just dropped this thought-provoking single through Fang Over Fist Records. Combining the efforts of Colin “Smallz” Haviland of the Boom Box Bros and Cecil Tso of An Illustrated Mess, CoCec tackles some heavy issues on “Dopamine” so you’ll probably want to listen a few times (minimum) to get the most out of the lyrics. Once you get through the heavy you find the core message is an empowering one of self-love. Probably something we could all stand to hear. And, once you learn the lyrics, you can hit the B-side instrumental-only version to lay out your own woes or (try to) hash out Colin Haviland’s lyrics yourself.