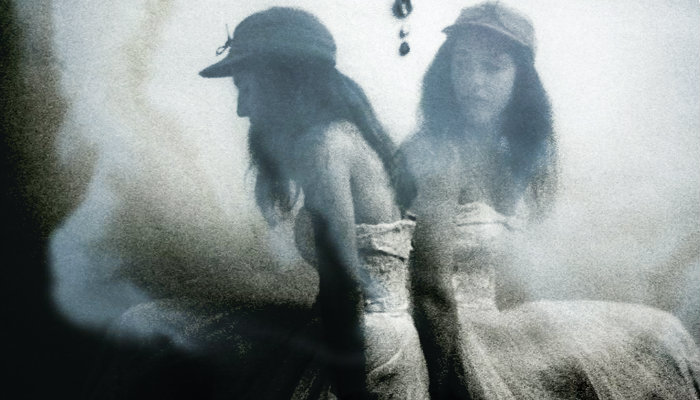 “Out of this Country”

I definitely have some space in my summer listening schedule for the sadgirlpop of Portland’s Babehoven. The trio is releasing their debut EP, Sleep, later this week on August 17th and I can’t wait. Maybe just because I’m caught in that slouchly late summer feel where artists like Angel Olsen and Frankie Cosmos, and now Babehoven, help pass the listless afternoons. That has a lot to do with Maya Bon on vocals while Skyler Pia and Elias Williamson round out the trio on bass and drums. Get into “Out of this Country” from Babehoven and watch for Sleep on Good Cheer Records later this week.

Weird Folk fans everywhere need to hear the music of Arkansas-native, Kendl Winter. Her latest single, “Rise and Fall” is stark and melancholy. I can imagine the songwriter sitting on her houseboat, The Dandelion, in her chosen home of Olympia and staring out on the Puget Sound as she penned this. There is a calm sorrow that remains steady, for the moment, but ever looms with the threat of washing over you. There’s an Americana core at the heart of this indie-folk artist and I, for one, can’t wait for Kendl Winter’s new release due out later this year through Team Love Records.

“I Said I was Going and I Went”

This Santa Cruz-based musician spends a lot of weary weeks on the road, but Joe Kaplow isn’t going to let loneliness sink him like Artax in the Swamp of Sadness. No, the singer-songwriter just pulled over to the side of the road and wrote down his sorrows and “I Said I Was Going And I Went” is the result of that outpouring. Following in the lo-fi tradition of songwriters like Neil Young and baby Bobby D, Joe Kaplow captures a raw and earnest feel as he hones in on those little moments that set the scene for our personal narratives: the doorknobs turned and linoleum scrubbed.

Musician Rebeca Arango and producer Grey Goon are a couple of coast jumpers who found each other in sunny Los Angeles where they formed Oddnesse – a musical project for atmospheric ruminations. And Oddnesse does just that on their new single, “It Runs Wild”. Moody but lithe, and instantly engaging, this new track has that ambient drift but it has an infectious pulse under the chill vibe.  Oddnesse goes for dreamy and hip. The Cali Coast is right where they belong. You should catch that westerly wind on “It Runs Wild” from Oddnesse below…

Basement Revolver premiered their latest single, “Knocking”, on BrooklynVegan and we’re pretty much hooked. Reminiscent of The Innocence Mission, this Canadian act maintains a pure sound while laying into some heavy emotions on an otherwise dreamy song. “Knocking” comes to us from the band’s forthcoming LP, Heavy Eyes. You can still score that pre-order of the new record on sweet pink vinyl but you should hurry… Heavy Eyes comes out next week.